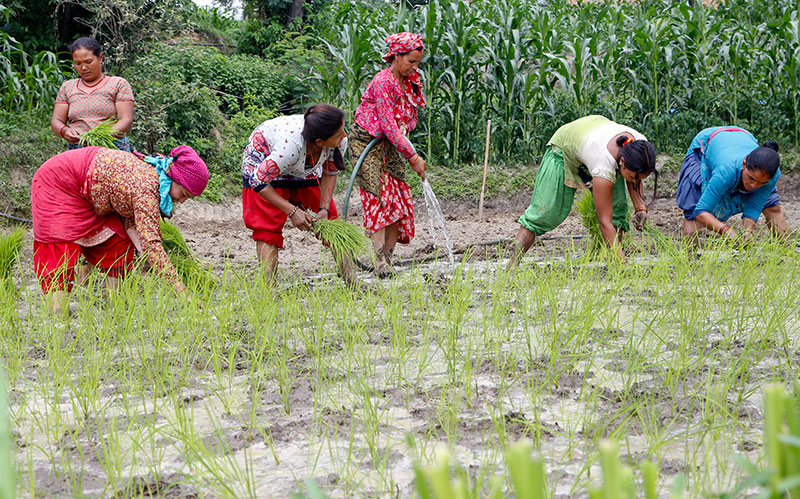 Solar radiation is one of the most important factors in predicting rice yields over a variety of locations
Rice is an important food right across the globe. It is the staple food for more than 50 percent of world’s population. More than 90 percent rice is produced and consumed in Asia.

Solar radiation is vital part of rice production. The amount (duration and intensity) of sunlight affects rice production. Since light intensity is often low during rainy months, it limits yield and response to inputs like fertilizers, pesticides and modern varieties. This is why timing of the planting and methods of cropping should be carefully considered.

We often talk of rain and irrigation. But the importance of solar radiation in rice production is seldom discussed.

Solar radiation is one of the most important factors in predicting rice yields over a wide variety of locations. Bright, sunny weather is necessary during flowering of paddy plants. The radiation and sunshine hours accumulated during one or two months preceding harvest greatly influences final grain yield.

Cloudiness during rainy season reduces the sunlight available for photosynthesis. There are more pests under cloudy conditions, more weeds because water is everywhere and greater chances of plant disease due to high humidity. Crop protection is expensive as weeds overtake and sprayed chemicals are often washed away by the rain. Grain-drying is as costly because of low sunshine and high humidity.

The average daily solar radiation available during the monsoon season in tropics is one-and-a-half times lower than that available in temperate rice-growing regions like in Po Valley (Italy), New South Wales (Australia) and California (US). But because of their dependence on rainfall, the farmers of rain-fed rice in the tropics must grow rice when there is low sunlight. On the other hand, where irrigation water is available, rice can be grown in the dry season and grain yield will be higher than in the wet season because of the high-intensity solar radiation.

There is a strong correlation between grain yield and solar radiation in the last 30 days of rice growth. According to the Philippines-based International Rice Research Institute (IRRI), the increase in ‘dry matter’ between the start of the reproductive phase and harvest was highly correlated with grain yield. It also reveals that the amount of solar energy received is important for accumulation of dry matter. The accumulation of starch in the leaves and culms begins about 10 days before heading. Starch accumulates markedly in the grain during the 30-day period of grain production.

IRRI is working on a method that allows for 25 to 50 percent more rice production with the same amount of water and fertilizers. The Bill and Melinda Gates Foundation (BMGF) is helping with this.

In Tarai and inner Tarai, two crops of rice can be grown—early crop during the dry season and monsoon crop during the wet season. The average rice productivity of early (dry) season was 3.5 tons per hectare in Hardinath Agriculture Farm (now National Rice Research Program) located in Dhanusha. This farm receives 600 calories per square centimeter of solar radiation a day after flowering in early (dry) season rice. However, it receives only 500 calories per square centimeter after flowering in main/monsoon/normal/wet season. Because of high intensity of solar radiation, the productivity of early rice is 20 to 25 percent higher than during the monsoon/wet season.

Rice does not require an equal amount of radiation at all stages of its growth. Shading during the vegetative stage only slightly affects yield and yield components. However, it has a pronounced effect on yield during reproductive age. Shading during ripening reduces grain yield considerably.

Ample solar radiation in the reproductive as well as in maturing period is indispensable for high yields. Australia, Italy and the United States get high rice productivity due to strong solar radiation.

In the tropics, solar radiation is higher in the dry season than in the wet season. Therefore, the productivity is high. The excessively cloudy weather during the wet season, on the other hand, severely limits rice production during the monsoon in Asia.

This is why it is important for farmers to understand distribution patterns of solar radiation in different months, so as to increase their rice yields. This costs nothing. Solar radiation is a free gift of nature.

Electrical tape-bikinis and sun for perfect tan lines in Rio

Welcome to the latest fashion fad in beauty-obsessed Rio de Janeiro, where some women are sun-baking in bikinis made of... Read More...

Greater spread of information and technology is often touted as the only surefire ticket to Nepal’s development. In fact, the... Read More...