The sandpits of story tropes 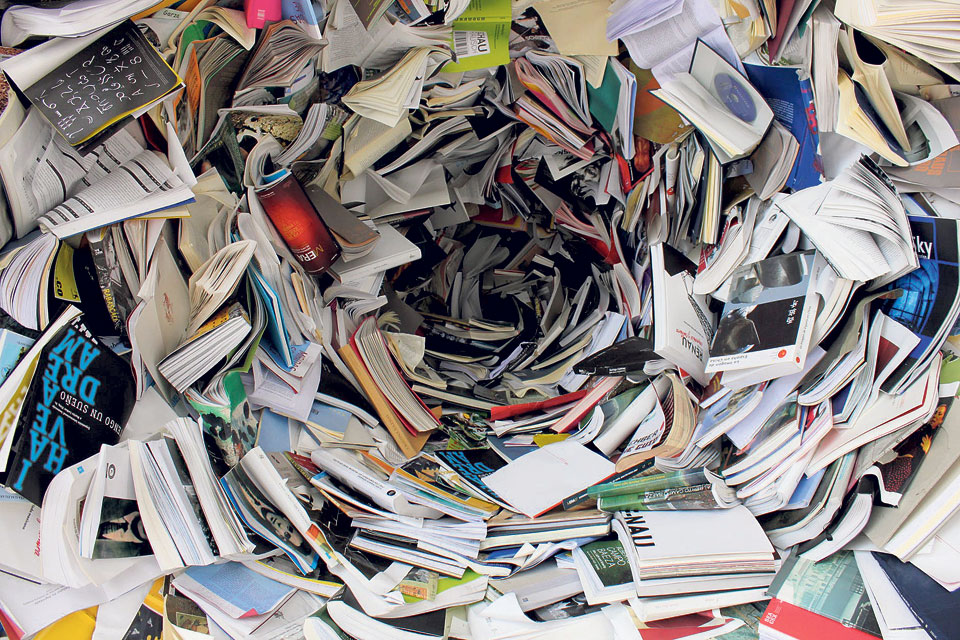 When I pick up a book to read I do so with certain anticipations. I’m not seeking for a life-altering read that will inspire me to shave off my hair and venture into the wilderness in search of Nirvana all Christopher McCandless style (except for a few times when I go all nihilistic on life, we all have our days). But reading, I believe, should mean something in the end. It’s perfectly okay to pick up a book and not develop any new insights or learn anything remotely new (the latter, however, is rare in my experiences), as long as you enjoy yourself. Enjoying the read is reading delivering its purpose. It meant something at the end and that’s perfectly fine.

I feel a book has done good anytime it incites extreme emotions in me, like the last time I read the novella “Revolution is Not a Dinner Party.” I remember being so frustrated when reading it, I wanted to jump into the book and flash the Red Army devils my nunchakus. The story follows the downfall of an aristocratic family from the eyes of a young girl in Zedong led Communist China somewhere during the end of the Cultural Revolution. I was frustrated at the hypocrisy of the working class who, backed by Zedong’s government, not only aimed to bring an end to aristocracy but reign over them as the superior class. They didn’t want to do away disparity, just wanted to reposition themselves in the upper hierarchy by resorting to vile tricks and never doing an honest day’s work for it. However single dimensional the narration of the story may be, it did give me a slice of perspective and I’ll thank you for that Ms Compestine.

And then there’s Harry Potter, equal parts of the fantastical and the real. It’s an eternal bliss it is to our generation. Even feeling nothing is an emotion – it’s okay to be on the extreme ends of the emotion meter or just anywhere in between. It’s the outliers I worry about, and am wary of. Outliers that don’t elicit an emotion because you’re in this endless whirlwind that’s looping over and over onto itself like a dog chasing its tail. And even if you draw a response it would most probably be along the negatives. When I say whirlwinds and loops, I speak of the story tropes.

I’ve spent my fair share of time with them and recollect them not with fondness. I suppose I need to grant an excuse to repeated storylines, after all nothing is original and everything is inspired. Or at least that’s what they say. But dragging an idea on gravel until it is in shreds and still using the tatters as the basis of your story will not qualify you for the original-inspired card. Not after a hundred books, not after hundreds of thousands of books.

And there are certain things that bug me no end. How certain characteristics in a character are so worshipped, it’s terrifying. Here’s the thing, clumsiness isn’t attractive nor is it remotely charming. You trip all over the place, spill everything that has a volume, fall off chairs (break them too when possible) and commit all the absurdity never thought possible. I would know because I was born with two left feet. My clumsiness has never attracted positive attention, annoyance maybe.

Also the rich boy, poor girl or vice versa story tropes. Well, we all love a slumdog story, they give us a periodic illusionary hope. But elaborating and glittering up these stories will only give false hope. At the end of some months of ugly familial spat all isn’t good and kind in this world. You won’t find a pumpkin carriage (or even a Ferrari) with a butler to drive you to your paradise. That isn’t how it works. Also, sometimes I find myself questioning the feasibility of these storylines. Don’t people who promise one another eternal allegiance need compatibility to survive? Compatibility in beliefs, work or even just when holding conversation. Is love the vanquisher of all divides? I will never know.

And why is a love triangle not an element in a story but a whole thriving genre? How is it that with eight billion people living on earth you end up falling in love with the same girl your best friend fancies? Was there really no one else? I’ll admit that the first few times I read them, they added an element of spice to the story. You pity the poor second lead but still root for the main guy to get his love which you knew he would right from the beginning.

Story tropes, I think, are similar to solving a Rubik’s cube. They are thrilling when you begin and seem indecipherable but as you go at it some fifty times they are reduced to just pieces of colored blocks and arranging them into any pattern becomes child’s play. No longer the brain galore, solving it becomes methodical and monotonous unless you shift to a four by four cube or an updated version of sorts. But the cycle repeats itself once you crack into it anyway.

Such tropes are inescapable in the books I read. I have always read books assigned to my age (it helps narrow down all the gazillion options) and although I venture into old classics now and then, for the most part I’ve been reading young adult books, contemporary fiction, paranormal and high fantasy. They are a great genre but spoken lightly of in the reading circles in recent years. The plotlines are too ubiquitous, too banal, too laughable, the arguments arise. I blame story tropes for that.

Once you’re through with a book, it isn’t just the story that remains with you. It is also the idea they preach. What good will preaching endless never happening fantasies and all too absurd notions do for anyone? An episode in your life doesn’t just miraculous change the direction of your life. Changing your life is an everyday process and not a sporadic event reaction. All you’re doing is making thousands of teens feel inadequate for not having a life-altering event.

You too, Mr Nicholas Sparks. 28 years of marketing tragedies may have earned you millions of dollars but to readers worldwide, you’re advocating out a life concocted off your own ideals. Tragedies aren’t just how a good story is written. And no, not everyone needs passionate encounters, life-death situations or the passing away of a loved one to uncover the mysteries of life. We are content living in our own mediocrity, thank you very much.

My point is, let books have an impact. Yes, they may abide by structures. There really isn’t a rule to writing a book. But stop with advocating bluffs and drawing hollow sympathies. Perhaps there’s all the more reason to be thankful for the character slayer that is George RR Martin.

At the end of the day, I’m just an adolescent who has never written a book. And while never writing a book may disqualify my opinions on writers, I’m an ardent reader and I know what makes a good book. Yes, I want to scream, reel and dance joyously in celebration when reading. But let me do so because of where the story takes me and not with frustration at a structured writing that feels all too familiar.

Sakhi: The story of innocence mired in war

KATHMANDU, April 16: A story of love and innocence being threatened by war, the play ‘Sakhi’ takes us back to the... Read More...