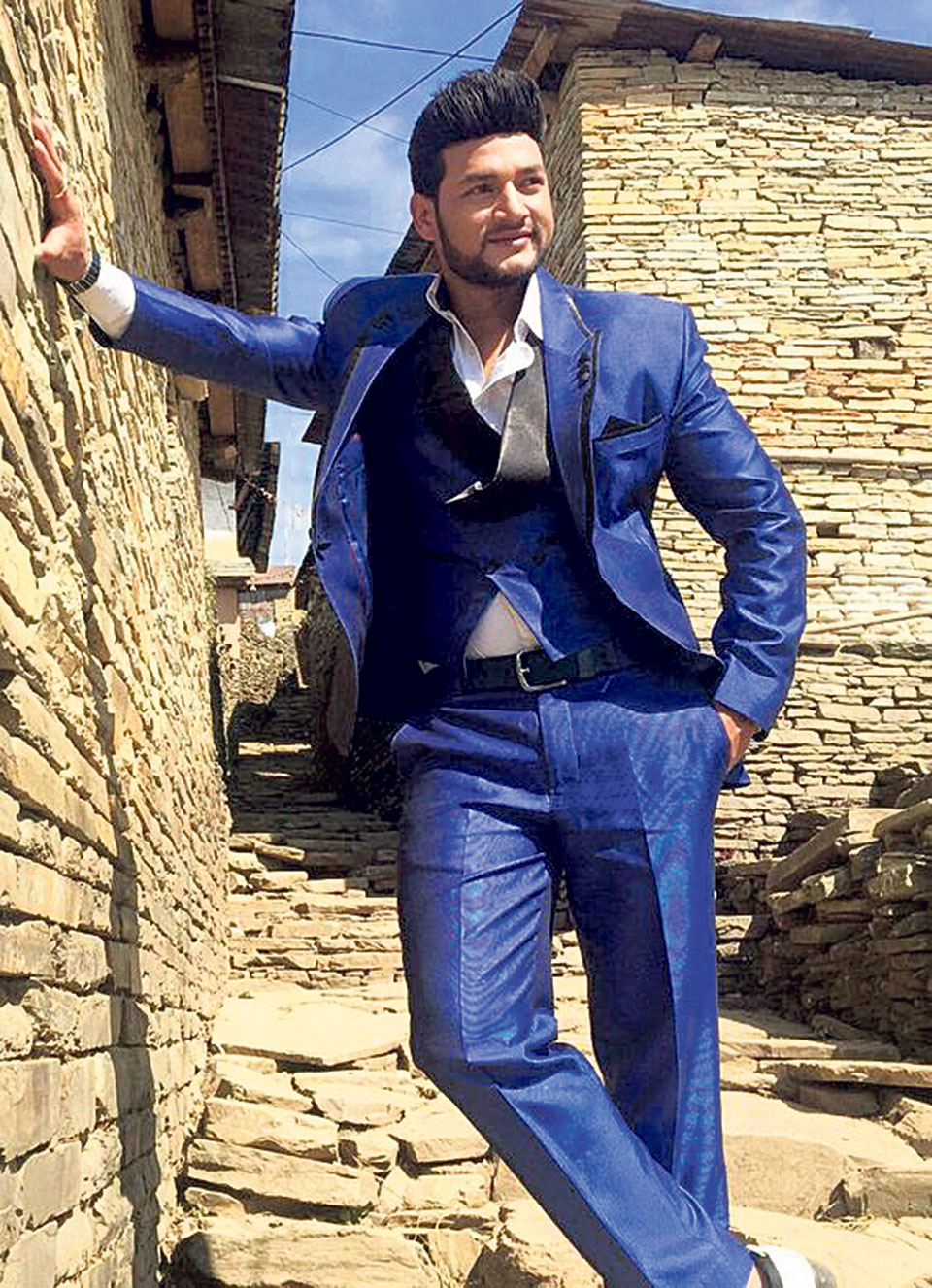 Among the myriads of Nepali movies that are releasing this year, one that is being talked about quite a bit is the upcoming film from Silver Lake Picturez Production titled ‘Chi Musi Chi’. Scheduled to release on Shrawan 11, the movie is scripted and directed by Dinesh Shrestha and produced by Shivraj Karki.

The Week’s Anweiti Upadhyay spoke to Sushant Karki who plays one of the lead roles in ‘Chi Musi Chi’ about the character he portrays in the movie and his experiences on set.

How did you prepare for this role?
We had to work on a lot to change my looks for this role. The director of the movie, Dinesh Shrestha, guided me a lot to get the exact look he had envisioned for my character. We had to discuss on a lot of things regarding the overall look for my character including the wardrobe and hair as well. We spent almost 15 days finalizing just this aspect. Another part is the behavioral traits of the character I’m playing. We spent another approximate 15 days building up the full character for my role. I also researched and worked on how to portray the emotions I’m supposed to feel to the best of my abilities.

How was your experience working on this movie?
‘Chi Musi Chi’ is very different to the movies I have done so far. Even my character is a lot different to the kind of roles I have portrayed so far in my acting career. I was more than grateful when I got the news that I had been cast in the movie because when I read the script for ‘Chi Musi Chi’ for the first time, I could not contain my excitement to even be considered for the role I was offered. It was the kind of role I had always dreamt of playing ever since I started my acting career. Also the whole crew working on the movie was very friendly and helpful so working on it was a lot of fun.

What are your expectations from ‘Chi Musi Chi’?
We have high hopes for the movie (and by ‘we’ I’m referring to everyone who worked on ‘Chi Musi Chi’). The reaction we have gotten so far from the public, the media, and the pre-shows at different theaters have all been very positive. Everyone has worked hard to create and refine ‘Chi Musi Chi’ and that really reflects in the scenes when you watch the movie.

And, on a more personal aspect, I think this is the movie that will propel my acting career to a greater height. I can’t express how proud I’m about my work on ‘Chi Musi Chi’ and how grateful I’m to be able to be part of this movie. I just hope the viewers will like my acting and appreciate the work that has been put into creating the film.

KATHMANDU, June 20: As a saying goes, “Will power and diligence will help one achieve his/her goal.” This holds true... Read More...

Lokman Singh Karki still at govt quarters despite his suspension

NOC is still at a Rs 50 billion loss.  Who is then making the profit from higher prices of petroleum products?
20 minutes ago