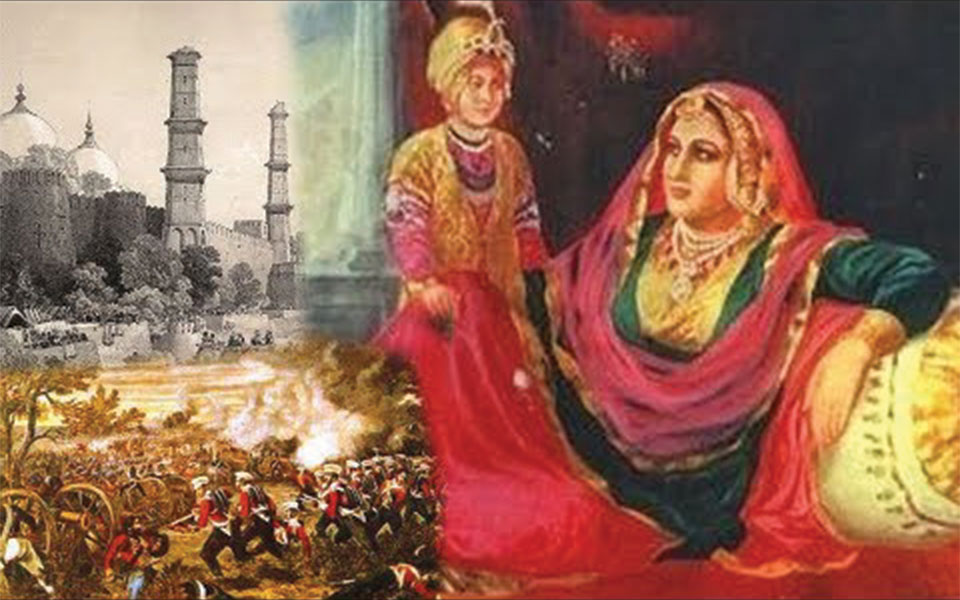 Nepal went to war with British East India Company in 1814 because of border disputes for both the countries had adopted the ambitious expansionist policies. The war ended with Sugauli Treaty in 1816 after both sides faced heavy losses. Nepal lost territories in the east and the west. Still, after the treaty, both the countries were making alliances in the Indian subcontinent and secretly waiting for an opportune moment to finish off each other. Even though it is unclear who ultimately won because they never went to war, Nepali King was virtually stripped of authority and put under a house arrest for life. Maybe the Gorkhali leadership lacked determination to rise from its ashes.

Two decades after Sugauli treaty, Nepal made a secret alliance with Punjab (an independent kingdom of that time) to oppose the British. To prepare for the war, in 1837, King Rajendra Bikram Shah and Prime Minister Bhimsen Thapa sent General Chautariya Pushkar Shah to China with a secret mission to build an alliance with the Ching court. The Chinese, however, were uncomfortable arming an aggressive Himalayan country with whom it had gone to war in 1792. The Ching court was worried that a powerful Gorkhali nation could potentially end up becoming a headache for China in the future. With that thought in mind, the Ching court rejected Nepal’s request and also advised the delegation to maintain the status quo with the British.  This was good news for the British for they were in no mood to leave the Indian subcontinent at any cost because Americans had already chased them out of North America.

Both Nepal and Punjab were preparing for war with the British Raj, but King Ranjit Singh of Punjab died mysteriously in 1839 after which the Sikh Kingdom started to disintegrate.  In 1843, Maharani Jind Kaur, the youngest wife of King Ranjit Singh, became the regent of the Sikh Empire for king Duleep Singh was still an infant.  Punjab went to war with the British Raj under her leadership in 1845. She requested military help from Kathmandu. Unfortunately, King Rajendra Bikram decided not to support the Anglo-Sikh War which turned out to be the biggest mistake of his life.

In less than a year, he was stripped off any executive authority and later put under a house arrest. This halted the Gorkhali regime’s expansionist policy for good.

Maharani Jind Kaur was renowned for her beauty, energy and strength. The British feared her and described her as “the Messalina of the Punjab” too rebellious to be controlled. She was in no mood to let the British annex Punjab. Sadly, Sikhs lost both the Anglo-Sikh wars due to traitors in her ranks. A few high ranking military officials of her Kingdom turned out to be soldiers of fortune. Punjab was annexed to British India after which the Maharani lost complete power. She was imprisoned in the Fort Chunar and the infant Sikh King was taken to England.

Escape to Nepal
After spending some time in prison, she decided to escape as she was hell-bent on chasing the British out of the subcontinent.  On April 18, 1849, she escaped disguised as a maid girl and left a note for the British Raj in her cell that read, “You put me in the cage and locked me up. For all your locks and your sentries, I got out by my magic...I had told you plainly not to push me too hard—but don’t think I ran away, understand well, that I escape by myself unaided...When I quit the Fort of Chunar I threw down two papers on my gaddi and one I threw on the European charpoy now don’t imagine, I got out like a thief.”

The British Raj was not able to find her in India because she had travelled 800 kilometres north to Kathmandu where she lived disguised as a maid for some time. She was frantically looking for her husband’s old allies mainly King Rajendra Bikram. She disappointedly discovered that the King was kept under a house arrest. She briefly lived in Chautariya Pushkar shah’s son Amar Bikram Shah’s house where she secretly met with people who could potentially support her mission. Amar Bikram’s son Jogi Chautariya could have observed and learned the art of disguise from the Sikh Maharani.

While living in disguise, she informed her potential supporters in Nepal that independence movement in the British India was gaining momentum by the day. However, the plan could only succeed if Jung Bahadur Rana could be ousted from power which was not an easy task for he was a very smart and intelligent man. She soon realized that to succeed it was necessary to convince Jung Bahadur Rana.

One fine day she decided to show up at the Prime Minister’s resident. Jung Bahadur was very generous towards her out of respect for King Ranjit Singh. He granted her political asylum in Nepal against the British will. The Government of Nepal even paid her an allowance and built Charburja Durbar in Thapathali. The British Resident in Kathmandu believed that she was still determined to revive the Sikh dynasty, and hence kept an eye on her. The British were right in every sense.

By 1856, King Duleep Singh had come of age and wrote to the British Resident in Kathmandu inquiring about her mother. In reply, the Resident wrote, “the Rani was not in a good shape and was also turning blind.” Even as a frail woman she was still determined to fulfil her mission of reviving the Sikh nation. However, in 1857, she lost all hopes of gaining support from Nepal for Jung Bahadur supported the British during the Sepoy Mutiny crushing the Indian freedom movement.

Symbol of bravery
Maharani Kaur, however, was not the kind who would give up easily. In 1861, she met her son in Calcutta after 13 years of separation. The Sikh soldiers of the British India were jubilant to see their young King and Queen mother. Sensing trouble, the British Raj allowed her to visit England with her son. In England, she continuously reminded her son where his kingdom really lay. Right from the first meeting, the Maharani started lecturing the young Sikh king about his heritage and destiny. She died in England in 1863 at the age of 46, but not without having a profound impact on her son.

Duleep Singh ended up reclaiming his Sikh heritage and turned against the British establishment. He tried to persuade the Tsars of Russia to invade British India. The communication was discovered because the British had spies follow his every move. The last King of Punjab lived his final years in a Paris hotel room desperately seeking forgiveness of Queen Victoria of England. He died in Paris in 1893.

Maharani Jind Kaur was truly a brave soul. Till the end of her life she did everything possible to free Punjab from the British. She was a maharani in a true sense—a Maharani with a Spartan determination.

Sangina Baidya is the first Nepali athlete to formally qualify and become the nation’s first ever taekwondo player at the... Read More...

KATHMANDU, Oct 23: Even as the top leaders of the left alliance have agreed to field common candidates for the upcoming... Read More...