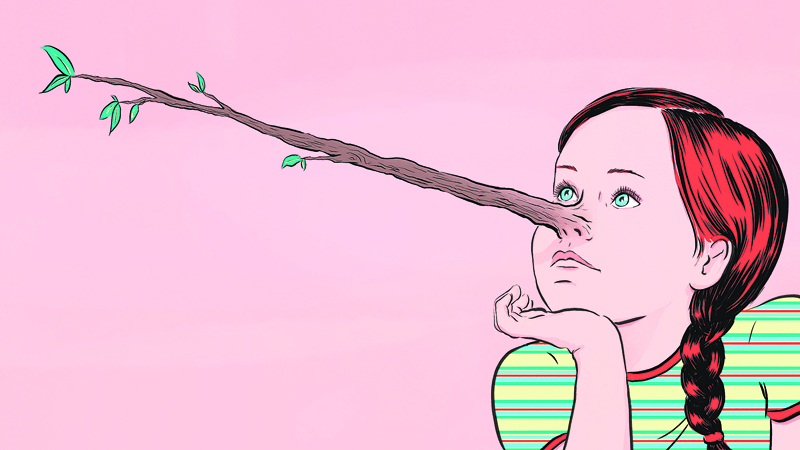 Janisha Bhattarai had the distinction of being the first person, male or female, to file candidacy from Kathmandu for the May 14 local election. She is contesting to become deputy mayor of the city. She, incidentally, is also the daughter of Rasendra Bhattarai, who in 2003 made headlines with his claim that, having left the country with only $5 in his pocket, he had managed to build a $1-billion international empire. The rags-to-riches story of Bhattarai was carried by Nepal’s most popular broadsheets, soon to be followed by his gloating interview in an affiliate TV channel. Rasendra, it eventually transpired, was a fraud, having cooked up all the major details about his life, in what was perhaps the first widely-reported case of ‘fake news’ in Nepal.

I was reminded of Rasendra’s curious story on the World Press Freedom Day on May 3, which this year was marked by the slogan ‘Critical Minds for Critical Times: Media’s role in advancing peaceful, just and inclusive societies’. Clarifying what this slogan actually means, Irina Bokova, the head of UNESCO, the organizer of the World Press Freedom Day, wrote in Republica: “When the free flow of information is hampered, the void is more easily filled by disinformation, undermining the ability of communities to make informed choices” and that “fake news can only take root in the absence of critical thinking”.

The subtle jibe at one Donald John Trump and the multi-billion-dollar fake news industry he has spawned was hard to miss. As the world celebrated press freedom, the Trump administration supposedly wanted to run an ad on CNN detailing the President’s achievements in his first 100 days in office. In the ad, there is a small section featuring CNN’s news anchor Wolf Blitzer, with ‘FAKE NEWS’ emblazoned in the foreground.  CNN obliviously declined to run an ad that ridiculed its news anchor, providing new evidence for Trump and co that the mainstream media was ‘biased’ and hence fake.

I remember reading Nassim Nicholas Taleb’s The Black Swan many years ago. It had made me highly skeptical of all popular media commentary that passed for ‘expert knowledge’. If the future, as Taleb asserts, is inherently unpredictable, why bother to read and hear the folks who were supposedly no better than ‘dart-throwing monkeys’ at making predictions about politics and economy? But, then, what about ‘hard news’? Isn’t it more reliable?

A few years before the arrival of Taleb’s book I was working for another big media house. The second Jana Andolan was in full swing, with thousands of people turning out for protests every single day against the increasingly autocratic monarch. One day, there was a massive demonstration outside the Royal Palace in Kathmandu. That evening, a news reporter who had been at the scene of the mass rally wrote that there could have been 50,000 people in front of the palace that day. But such was the anger against the ‘censoring’ monarch in the newsroom that, when the news appeared in print the next day the size of the crowd had been doubled, to 100,000.

I have been in the news business long enough to understand that the news we consume on a daily basis is neither free nor fair. In fact it is extremely difficult for mainstream media to be strictly neutral when they are pursuing a hundred competing interests at any given time, not to speak of the partisan passions of our crusading journalists.

The number of outright lies and fabrications that popular media, willingly or unwillingly, purvey rises exponentially election time. Right now the media fraternity has been swept up in the election fervor. In the lead up to May 14, contestants will make all kinds of outlandish claims to win votes, and the media will help propagate their unverifiable views.
In 2012, Keshav Sthapit, the mayor of Kathmandu at the time, had promised me in an interview that in five years he would make Kathmandu ‘sexy’. But five years down the line, the Dustmandu he and his successors have helped fashion is downright ugly. Poetic justice, then, that CPN-UML this time didn’t pick him as a candidate for Kathmandu’s mayor.

And there have been endless promises by election candidates to transform Nepal into Switzerland and Singapore. But how? UML, in its new election manifesto, continues to maintain that soon it will make it possible for Nepal, a land-locked country, to maintain a fleet of double-triangle flying ships in the high seas. Congress, while short on ideas on how to make its brand of social democracy work, guarantees that in ten years there will be a mobile phone in the hands of each and every Nepali. But don’t get your gadget hopes high. South Asia Check recently revealed that the Congress manifesto is packed with lies.

The news of fake candidates fighting in fake you-no-run-I-win elections on fake manifestos is, of course, real. Or so the sources who declined to be named said.