The real culprits of flight delays 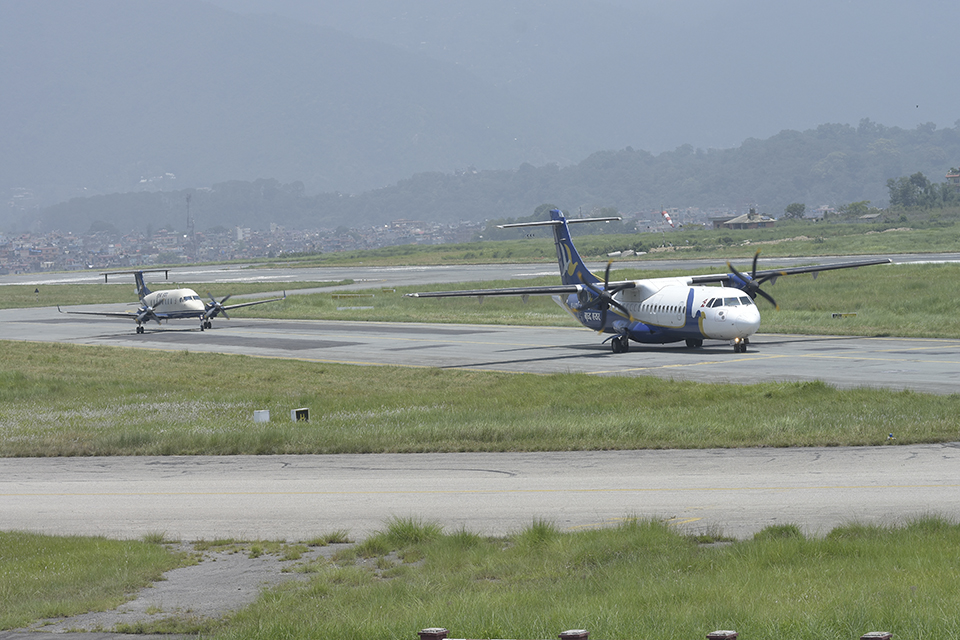 Every airliner, whether it is domestic or international has faced flight delays. These delays do not occur intentionally. An airport needs to run smoothly and efficiently so that they can handle all the passengers and cargo in a scheduled manner. Flight delays are unavoidable circumstances, and the best any airlines can do when they do occur is minimize the delay time. In worst case scenarios, flights are canceled, but this is not the most preferred manner of dealing with flight delays.

Tourism has been rising to new highs, and that means that there are more international and domestic flights operating in Nepal to accommodate their demands. According to Tribhuvan International Airport (TIA) statistics, domestic and international passenger traffic has grown two folds in the last decade. In 2000, there were 1.91 million passengers and the number has grown to 5.26 million in 2016. The high demand has led to more airline operators providing their services to Nepal. Tribhuvan International Airport (TIA), the only international airport in Nepal has the responsibility of managing the air traffic flow to and from Kathmandu.

Firstly, the problem starts with airspace. TIA is a controlled airport. All aircrafts are subject to approval from the air traffic controllers for entry or exit from Kathmandu. Due to limited airspace, most flights are put on hold in the skies outside Kathmandu. As Nepal has a mountainous topography, the airspace design and air route planning are restricted, limiting the efficient use of airspace.

Secondly, the busy air traffic caused by bad weather conditions (especially during winter) forces a large number of domestic aircrafts to fly on a holding pattern. If the aircraft is waiting on the ground for a long time to take off, airlines might have to cancel their flights.

Domestic flights in Nepal operate under two basic flying rules; Visual Flight Rules (VFR – pilots use visual navigation under clear weather conditions) and Instrument Flight Rules (IFR – pilots use instruments in the cockpit for navigation). VFR traffic represents 92% of total air traffic in Kathmandu. In bad weather conditions, a prescribed ground visibility of 5 km is mandatory for airlines. If the visibility is below 5 km, airlines are not permitted to fly. Thus, flights that fall under VFR are most likely to face delays or cancellations due to fog in the winter season. The statistics from the Ministry of Culture, Tourism and Civil Aviation reveals that domestic airlines had to cancel 18,328 flights in 2014.

Weather-related delay leads to a vicious cycle of air traffic and parking bay problems. A weather-related delay at one destination causes international and domestic flights to be rescheduled to facilitate the arrival or departure time of the delayed aircraft.

Thirdly, TIA’s only operational runway is insufficient to cater to the growing air traffic. If there is air traffic congestion and an aircraft is held in the air, it holds up taxiway. This leads to a backlog on TIA’s runway. As TIA only has a single runway and approach system, there are no landing alternatives. Hence, domestic aircrafts have to wait for international airlines to land first, as priority is given to international airlines that fly long distances. Cracks on the runway exacerbate the situation. Repeated occurrences of cracks on TIA’s runway have been affecting its smooth operating since 2011. Flights have to be diverted or delayed due to runway problems, especially during rainy season. The Civil Aviation of Nepal has started to work to fix the runway issues.

Fourthly, animal or bird hazards may cause airport authorities to close airports. Bird strikes are a constant threat at TIA especially from September to November. During these months, earthworms come out of the grass for warmth and die on the runway. This attracts vultures that fly towards TIA to feed on these earthworms. If there is an aircraft in the air, they are told to circle the airport – leading to subsequent delays. The aircraft can land only after the bird activities are cleared.

Construction of a new parking bay is the only alternative to address the problem faced in Nepali airports, which takes time, says Sanjiv Gautam, Director General of Civil Aviation of Nepal (CAAN). CAAN’s budget for the fiscal year 2017-18 has allocated funds to build a new helipad on the eastern part of TIA. “We can accommodate 10 – 12 aircrafts by constructing parking bays on the existing helipad,” says Gautam. Furthermore, funds have been allocated to expand the length of the taxiway from the southern tip of runway 02 approach point at TIA. The 02 approach point in Koteshwor is not connected with the taxiway, which means aircrafts require extra time to park after landing. The new connection will save at least 8-10 minutes. It has also been constructing remote parking bays for international airlines. “To address the traffic congestion problem at TIA in the long term, operating two international airports; Gautam Buddha International Airport and Pokhara International Airport is the only solution,” says Gautam.

KATHMANDU, April 4: Limited aircraft refuelers at Tribhuwan International Airport is one of the reasons behind flight delays at the only... Read More...