The pad women of Kathmandu 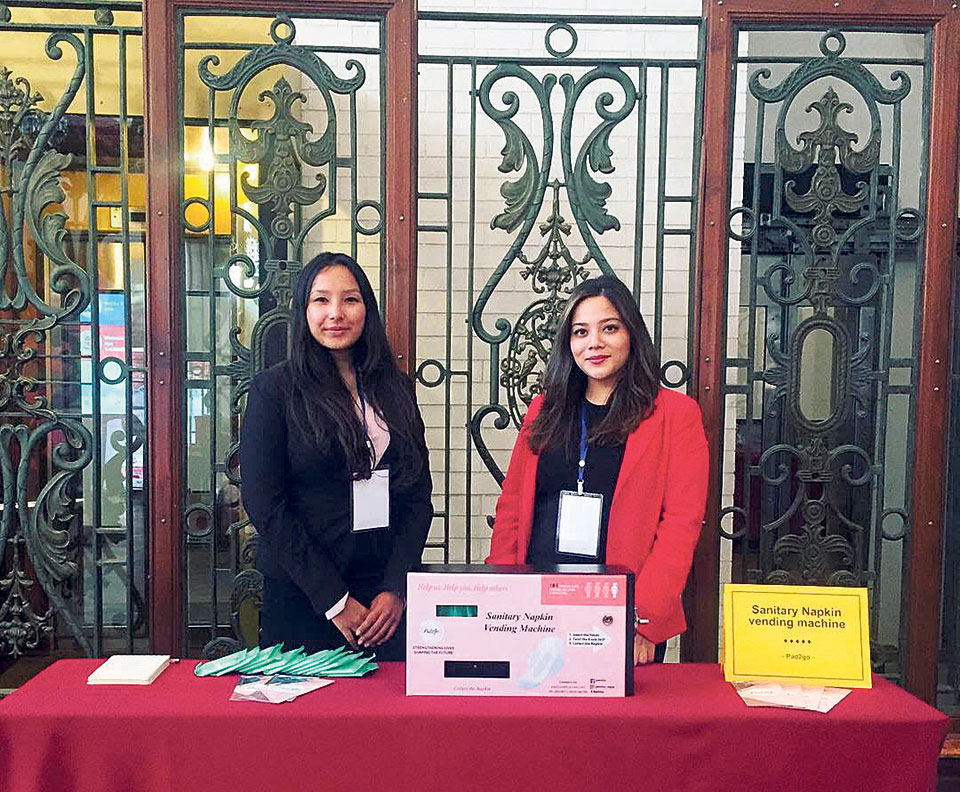 Even in today’s day and age, menstruation is nothing short of a taboo. In most households and offices even, it’s still an unmentionable topic – something that’s uttered silently if at all. Ever noticed how women mouth the word ‘pad’ when there are men around at office? In rural areas, the situation is even worse. News of girls missing school for four to five days every month is something we have all heard about time and again and quite frequently.

It is to tackle this very important issue that Shubhangi Rana and Jesselina Rana launched Pad2Go in October 2018. Pad2Go is a social business venture to bring about change in the way menstruation is perceived in Nepal. Their primary method of doing so is by providing schools, offices, and organizations with sanitary napkin vending machines. These machines dispense pads at affordable prices so that they are accessible to people even during emergency situations or instances when they haven’t carried much cash.

Shubhangi and Jesselina are both recent graduates from Indian universities and wanted to take up a project before they joined their masters programs. Shubhangi reveals that both of them wanted to start a social venture instead of a business. The idea of Pad2go struck them because, upon their return to Nepal, they noticed that menstruation was still an interdicted issue in many communities and workplaces. She reveals that while in India, they would come across sanitary napkin vending machines very frequently and realized that they could start working on this issue by bringing these to Nepal.

Till date, the vending machines have already been set up at different locations within Kathmandu including Buddha Air and Shambala Hotel and Shubhangi mentioned that some other organizations including Kasthamandap School and Mega Bank will also have their own vending machines installed within the next few weeks. Beside this, Shubhangi and Jesselina are also approaching other schools within Kathmandu, explaining the idea behind their vending machines and talking with the students there about how menstruation is affecting the education and livelihood of so many females in the rural parts of our country.

Shubhangi states that they include male students in their talk sessions too because she believes that eliminating them while discussing such an important issue will not help solve the problem. “When you involve both the sexes in discussions regarding menstruation it will become easier to accept it as a natural occurrence,” she says adding that periods isn’t a women’s issue as it’s made out to be.
All the vending machines and pads the Pad2Go team has imported till date has been from India.

Shubhangi mentions that she and Jesselina have been a bit remorseful about not being able to spread their project to other parts of the country – beside Kathmandu – where menstruation is an even bigger issue. She reveals that the major cause for this was their lack of funding because just with personal investment they can’t afford to take this beyond Kathmandu. So, they recently collaborated with the NGO Saathi – that is already working in Bajura – to put up these vending machines at the public schools there.

Proceeds from every pad purchased through their machines will go towards building toilets in the schools of Bajura. “Bajura has one of the lowest female literacy rates in Nepal. It’s 27 percent and one of the factors for the low number is the lack of toilets in schools forcing girls to dropout due to unmanageable menstrual needs. We want that to stop happening,” she explains. She also mentions that one of the things the Pad2Go team is focusing on the most is making the vending machines in Nepal. “We think that will help us as well as the country economically,” she concludes. 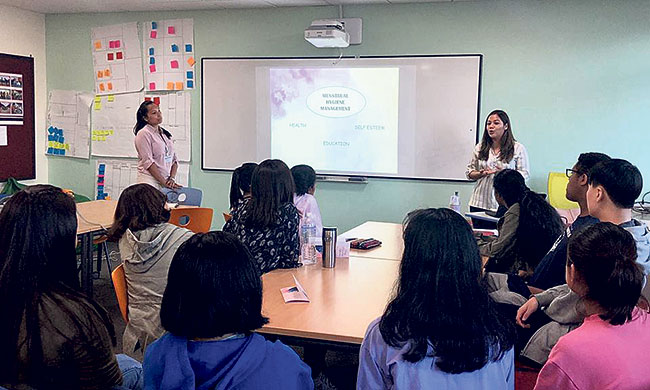 KATHMANDU, March 13: The UN Economic and Social Commission for Asia and the Pacific (UNESCAP) and the UN Capital Development Fund... Read More...

KATHMANDU, Jan 17: The Metropolitan Police Circle, Maharajgunj, has arrested 15 gamblers along with Rs 535,840 in cash from Gongabu in... Read More...