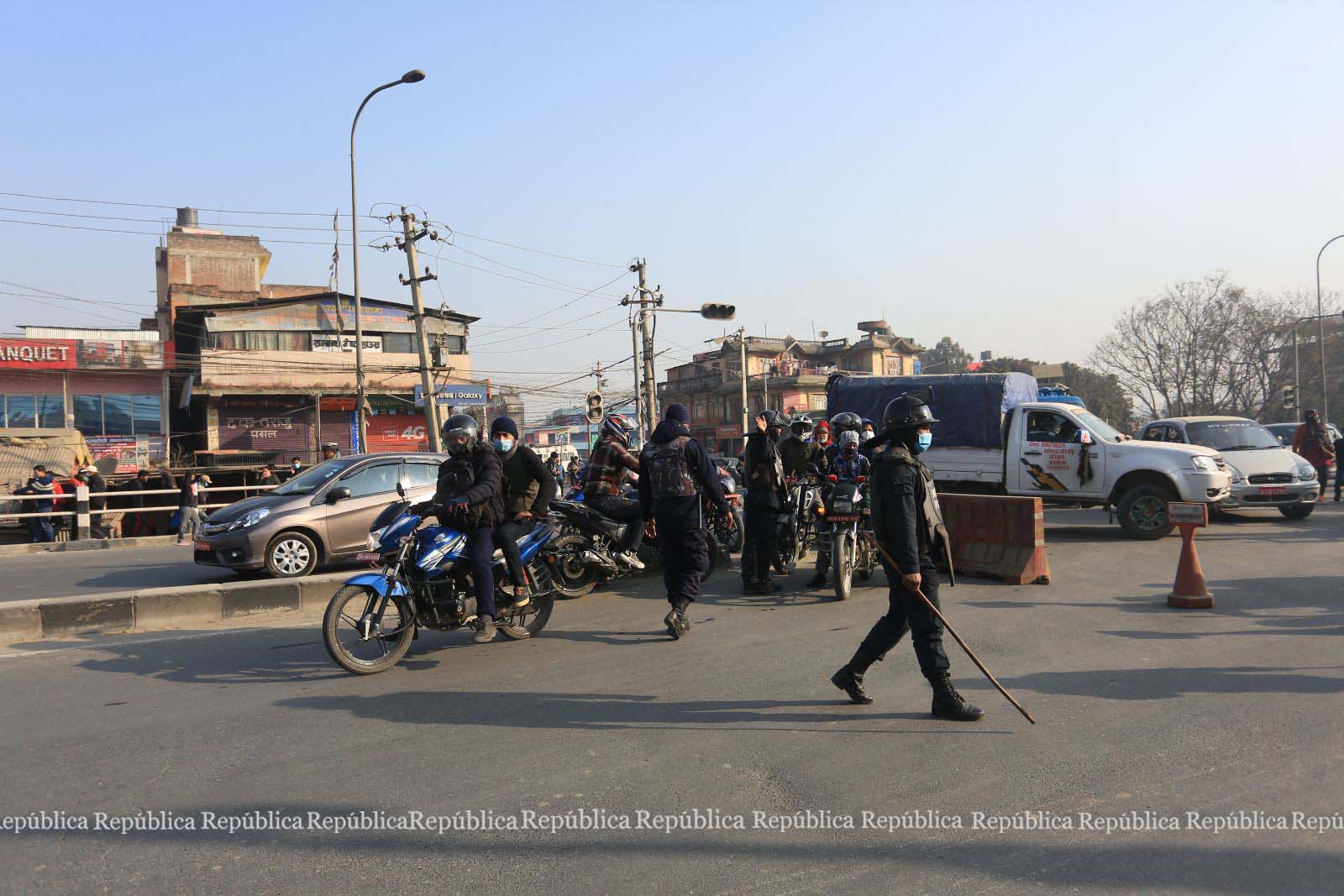 KATHMANDU, Feb 5: The Nepal Bandha called by the Dahal-Nepal faction of the ruling Nepal Communist Party (NCP) on Thursday has once again crippled the country’s economy at a time when the economic activities have slowly started to gain pace.

Following the spread of COVID-19 in the country, the economy went into a slumber, stagnating the trade and transaction almost for nine-months. It has just been a few weeks that a silver lining started to appear with the resumption of businesses and tourism activities.

In January, Nepal received around 9,000 foreign tourists, the first time when such a good number of tourists entered the country after the government imposed a lockdown on March 24 last year to control the spread of the virus. Likewise, the government issued permits to 10 mountaineering expeditions to ascend Nepali mountain peaks during this winter.

“The call for Nepal Bandha will slowly impact tourism in the long run as there is a possibility that many tourists who have fixed itinerary to visit Nepal can cancel their travel plans citing a growing political turmoil,” said Ram Prasad Gyanwali, an economist and former head at the Central Department of Economics, TU.  “In addition, the trade and transport business bear direct visible impacts in the short-run,” Gyanwali told Republica.

After the formation of a two-thirds majority government in Nepal, the general public were hopeful that there would be political stability in the country. Political parties had also expressed commitment that they would not call Nepal bandha. The commitment however was short-lived.

Shekhar Golchha, president of the Federation of Nepalese Chambers of Commerce and Industry (FNCCI), said the political parties themselves breached the commitment, without showing a minimal empathy to the economy hit hard by the coronavirus. “The current political affair and vandalism of Thursday will obviously disseminate negative messages to the international market and affect the investment environment adversely,” said Golchha adding that the small and medium enterprises and daily wage earners are among the groups that face the serious impacts of Nepal Bandha.

Nepal has an estimated transaction of 40 percent in informal sectors. A study conducted by the FNCCI a few years ago shows that Nepal’s economy sustains loss of around Rs 2 billion a day due to Nepal Bandha.

According to Golchha, it is now difficult to estimate the monetary loss to the economy as many businesses are yet to open while many of those opened are also operating below their actual capacities.

Meanwhile, three umbrella organizations of the private sector — FNCCI, Confederation of Nepalese Industries and Nepal Chamber of Commerce, through a press release, have urged the political parties to show serious concern to save the economy from the negative impacts of the political chaos.

Why Nepal should take its security seriously

The world is suffering from a global health crisis.  The COVID-19 has brought suffering, fear, and death everywhere. Nepal is... Read More...

Can I use a face shield instead of a mask?

No. Health officials don’t recommend the clear plastic barriers as a substitute for masks because of the lack of research... Read More...