The Netherlands name squads for clashes with Nepal and MCC 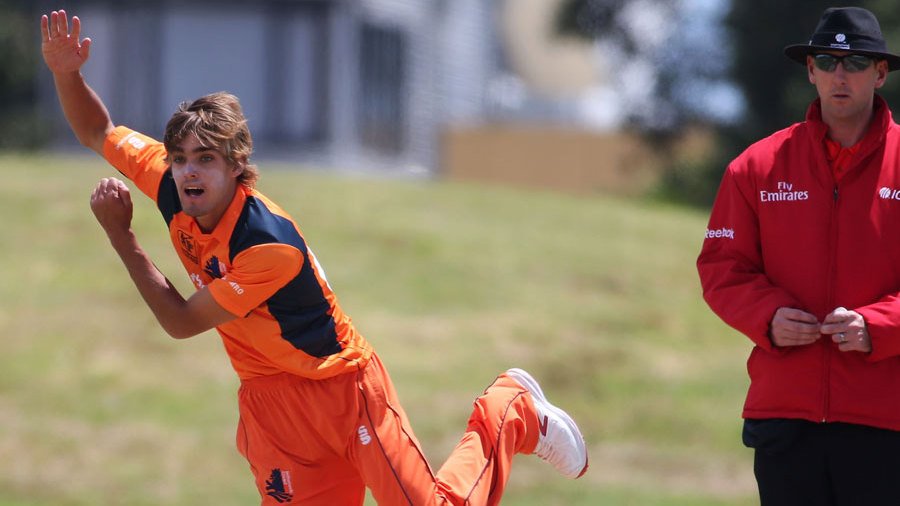 The Netherlands head coach Ryan Campbell has announced the Dutch national team squads for the T20 Tri Series at Lord’s (July 29) and the two ODIs against Nepal.

Dutch Captain Pieter Seelaar has been given a number of younger players to guide into competition against Nepal and the MCC on Sunday, July 29 at the home of cricket.

In the ODI squad only Paul van Meekeren (Somerset) and Michael Rippon (Otago) ply their trade outside of the Dutch club cricket scene.

South African-born Clayton Floyd is an exciting prospect for the Dutch, he has been a member of New Zealand’s Under-19 squad and is part of the formidable TUKS club in Pretoria, who are the highest ranked club side in South Africa. Floyd had appeared set to push for higher honours in his native South Africa after securing a place at the TUKS academy in 2015 but has since found another route to international cricket with Dutch club Voorburg.

Batsman Dan ter Braak stands to make his ODI debut as well having represented the Dutch against Ireland in an Intercontinental Cup clash in Dublin last year, a match that carried first class status.

Seelar will lead both units having been installed as captain after Peter van Borren’s retirement in the wake of Holland’s failure to qualify for the World Cup.

The ODIs against Nepal will be the first for the Asian nation and Holland’s first since regaining full ODI status earlier this year.

Nepal is playing a 50-over match against Marylebone Cricket Club (MCC) at Lord's Cricket Ground, London. The match marks the... Read More...