The man with a mission 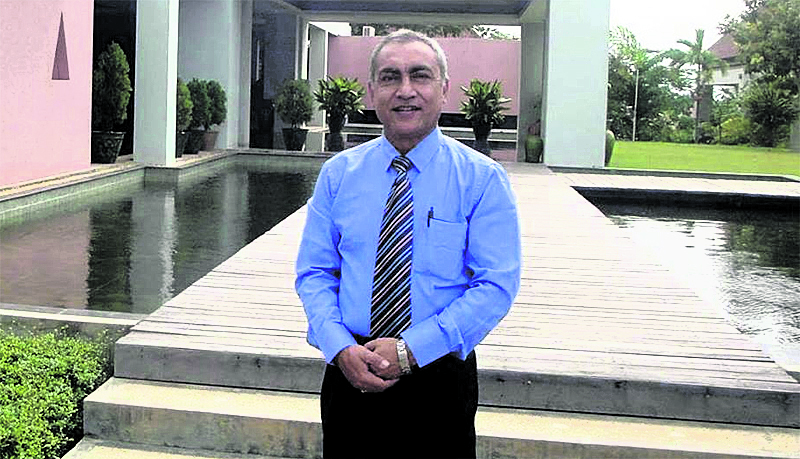 On the first anniversary of Ministry of Urban Development (MoUD), one of the highly successful civil campaigns of the country was launched. Bagmati Cleanup Campaign, which recently completed its 259th week, was initiated by the then MoUD Secretary Kishore Thapa.

The campaign was launched at a time when Bagmati River was clogged and teeming with solid waste. The then chief secretary of the government Leela Mani Paudyal provided support to Thapa in his endeavors to clean up the holy river, the efforts for which started in May 19, 2013 from Guheswari River.

Recalling the initial days, Thapa said they did not have much support from the public. “The public did not believe that we really meant to do this and that we were serious, and were initially reluctant to support us. They thought our project would fizzle out within a few days, go the same way many such projects had in Nepal.”

However, the organizers remained persistent in their efforts and were not easily discouraged. “At the end, we proved that we were dedicated to this cause and won over the public. They appreciated our efforts and, in turn, their participation also gradually increased, leading us where we are at the present,” added Thapa.

The change was drastic. In the 58th week of the project, the river was clean enough for people to take a bath there. Following the success on Bagmati River, the organizers decided to expand the project to Bagmati’s tributaries as well. According to Thapa, they expanded the campaign to Bishnumati, Dhobikhola, and other rivers on the campaign’s 100th week.

After Paudyal was appointed Nepali ambassador to China on November 2016, Thapa took charge of the campaign and pledged to eradicate pollution in the rivers from the source itself. “In order to do that, we decided to raise public awareness and prevent sewage from polluting the rivers. At present, campaigns against sewage is almost complete in Bagmati River, while it is currently ongoing in Bishnumati, and Dhobikhola,” informed Thapa.

It’s because of the campaign that, in some places, Bagmati looks like the holy river it’s supposed to be and not a dumping site. The campaign leader has plans to celebrate the upcoming 300th week of Bagmati Cleanup Campaign in all 744 local units of the country.

All IOM exams for Monday postponed
54 minutes ago

SEE and Grade 12 exams in April and May, respectively
56 minutes ago

Sita Dahal inflicted with COVID-19, kept in ICU
58 minutes ago