The gift of comfort 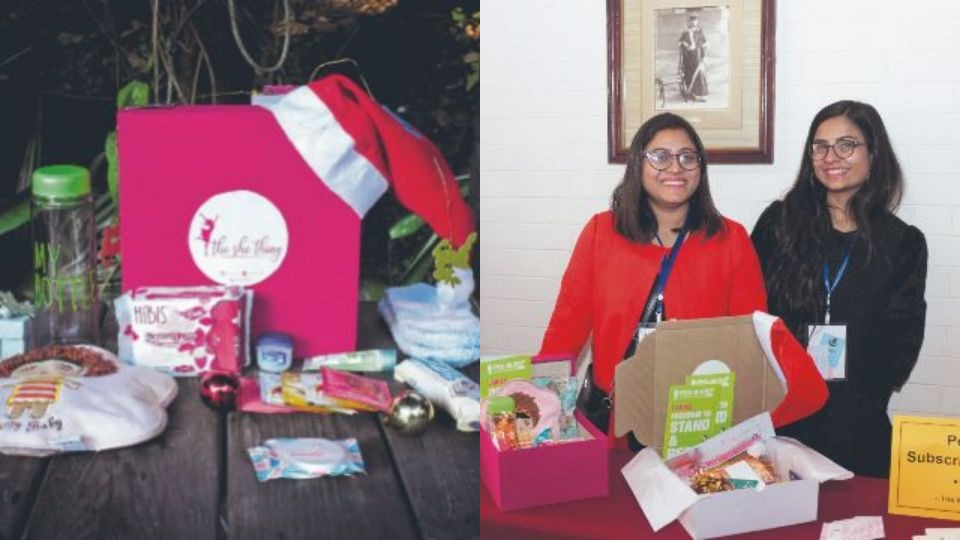 KATHMANDU, Dec 21: Even in today’s day and age, there are still households in our country that hold a very medieval perception of natural human bodily cycles like menstrual periods. Instead of taking it as a healthy and natural change, families treat it like an unwanted happening that makes the female going through it impure and untouchable. Long time friends and now (business) partners, Shristi Pahari and Nabina Subedi are out to change that perception.

Around two months ago, Pahari and Subedi launched The She Thing - Nepal’s first period subscription box. They mention in a social media post that this is a monthly subscription box targeted towards women to help them during menstruation. It comprises of period essentials, hygiene products, cosmetic items and additional self care products and gifts that are delivered to your doorstep every month prior to your menstruation date.

According to Pahari, the main reason behind launching a company like The She Things is to spread awareness amongst Nepalis that getting your periods is more of an occasion that should be celebrated rather than an excuse that lets you mistreat a person due to gender bias. She further claims that all of the items included in The She Things’ period boxes are either products that are essential to pass through periods or products that makes the girls and women going through it feel good about themselves.

Products like panty liners, sanitary napkins, compressed towels, herbal pain patches, and wet wipes are among the essentials that The She Things period boxes have in them. These items form the core of every one of their period boxes. The other items included in these boxes vary according to the theme of the month. These aren’t explicitly mentioned in the boxes but Pahari says that she and Subedi think of it while coming up with the list of things to include in the next month’s box. December’s theme for these period boxes is winter things or warm items. So, you will find socks, scarves, lip balms and glycerin in the boxes.

Pahari further explains that these boxes are divided into three categories: The normal box that can be used by women or girls who have normal period flow, the heavy box that is put together specifically for females who have a heavier period flow, and the red fairy box that is a special period box meant for those girls who are on their very first periods. These boxes are priced at Rs 650, Rs 1199, and Rs 2500, respectively but Pahari mentions that if you get a three-month, half yearly, or annual subscription then you get special discount on the prices.

Both Pahari and Subedi are Chartered Accountants (CA) by profession but they claim that both of them quit their regular jobs last month to focus on The She Things. They had apparently been thinking of starting their own entrepreneurial venture for more than a year and the idea of a period subscription box came to them when they were brainstorming for a business idea that hadn’t yet been tried out in the local market. The duo worked on the concept of The She Things for three months before officially launching the business.

As their business is the first of its kind in Nepal, Pahari mentions that they had a hard time creating an operations model that would work for them. “But since we are startup that just launched a few weeks ago, we are still in our trail and test phase and are learning new things about this line of work every single day,” she says.

Pahari further reveals that even though their business has been doing better than they expected it to, neither she nor Subedi assumed that they would be able to turn a profit by their first or second month. “We know any business has to at least pass its two-year mark before you can even think of making money from it,” she says adding that because all the products they have in the boxes are small items, they don’t really have enough profit margin to begin with.

And because they want to support local Nepali brands and vendors, Pahari and Subedi buy almost all of the products that they have decided to include in their boxes in Nepal. But Pahari states that sometimes the quality of the products available in Nepal isn’t satisfactory so they have to import some items as well. However, she says that they leave no stone unturned to deliver their best because “when someone trusts you to handle something as sensitive as periods, you just have to make sure you don’t break that confidence”.

Though The She Things is working on developing its website, till that is up and running, Pahari mentions that you can contact them through social networking sites like Facebook and Instagram. “We will make sure you get what you need and just exactly when you need it,” she concludes.

KATHMANDU, August 21: The trend of opening eateries has picked up in the capital city in recent years, expanding the... Read More...

Business with a cause

Maybe time has come for Nepali entrepreneurs to launch their own businesses with a social cause ... Read More...

KATHMANDU, Aug 16: Siddhartha Cements has organized a business meet among its dealers and engineers of Damauli, Tamghas, Pokhara and... Read More...

One killed, 22 injured in bus accident
39 minutes ago