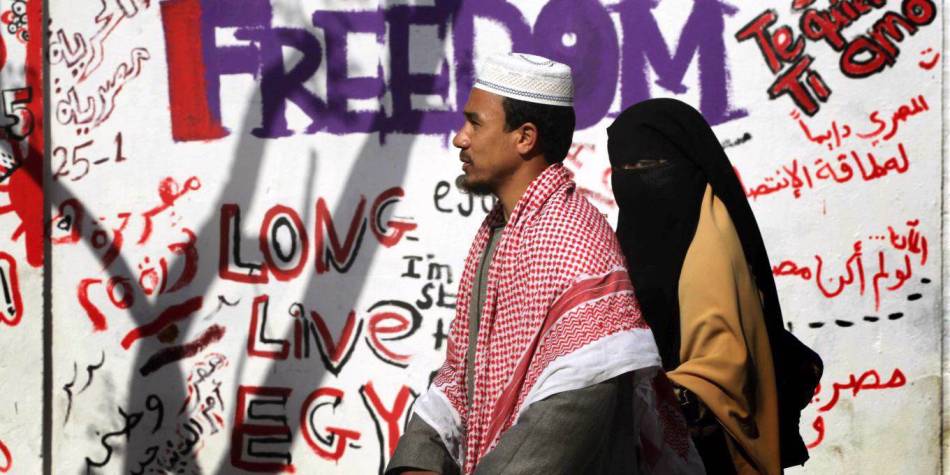 For any regime, gradual change is surely preferable to the prospect of an abrupt upheaval that threatens to replace those in power with a power vacuum.

VIENNA – The Arab Spring that erupted a decade ago was a quest for human dignity whose protagonists sought to overcome decades of repression, poverty, and inequality. It occurred in two waves, the first cresting in Tunisia, Egypt, Libya, Syria, and Yemen, followed by a second in 2019-20 in Algeria, Sudan, and Lebanon.

Sadly, neither wave fully achieved the protesters’ aims. Instead of undergoing a genuine transition to freedom and social justice, almost all Arab Spring countries have reverted to various combinations of autocracy and various degrees of poverty and violence. Except for Tunisia, to a certain extent, most Arab societies are more polarized and fragmented today than they were before.

Democracy is not like instant coffee. It needs an enabling environment and a hospitable culture to flourish and grow. A history of colonialism, followed by decades of authoritarianism, meant that this environment was absent in the Arab world. The people who revolted and took to the streets loathed the regimes that had tyrannized them for so long. But they lacked a clear, unified vision of the change they sought.

“Bread, freedom, and social justice” was the rallying call, but translating this into a more democratic reality proved hugely problematic. Without a robust and vibrant civil society – labor unions, political parties, associations, and independent media – it was impossible to agree on a transitional road map following the swift fall of Arab dictators. The institutions needed to enable true social cohesion were simply not there.

Once the lid of repression was lifted, the revolutionaries splintered along a variety of ideological lines. The region’s dire political, social, and economic conditions had previously led many Muslims to believe that only the certainties of their faith could offer them a refuge from misery and the promise of a better future. And after the Arab Spring erupted, a deep schism divided Islamists and secularists.

This lack of social cohesion and consensus on basic values has proven to be the major Achilles heel of democratization efforts in the Arab world. It allowed the remnants of the old regimes to regroup, recombine, and rebound quickly with familiar authoritarian vigor.

Once the old regime reconstituted itself, the struggle in most cases became a vicious fight for power between the entrenched “deep state,” the military, and various religious groupings that were the only organized non-state forces. Each had its own agenda; most were largely allergic to democracy or modernity.

Lost in this struggle were the interests of the masses who had triggered the Arab Spring in the hope of a better life—food security, quality education, decent health care, and a modicum of freedom and dignity. With the exception of a few pawns co-opted by those in power, the protesters ended up being marginalized or persecuted. Many became dejected and simply gave up.

Some outside powers meddled significantly, because they thought the region was too important to be left to determine its own future. Those threatened by the idea of democracy actively worked to undermine it. Others, mostly caught off guard, were primarily concerned with stability and their geostrategic interests, which had been closely connected for decades with the region’s timeless authoritarian rulers.

The economic and technical support required to support change, as well as the necessary practical and legal advice, were not forthcoming. For example, although Tunisia desperately needed only modest economic assistance to ease the pain of transition, nobody stepped up, because the country was not considered strategically important. Sudan is a more recent example of this.

As a result, those who champion democracy and human rights are often seen as using these values instrumentally to serve their parochial interests. As internal power struggles have intensified, so have outside players’ political and military interventions, compounding the region’s chaos and fractures, exacerbating violence, and dimming hopes that freedom and dignity will arrive any time soon.

But history suggests that the quest for freedom, though invariably long and uneven, is inevitable and unstoppable. Despite many setbacks, the Arab world’s large population of young people has traded apathy for awareness and engagement, with social media playing an empowering role.

Four lessons from the Arab Spring could be useful in guiding the region’s political trajectory. First, an independent and active civil society is key. Without platforms to organize and advocate for change, calls for reform are easily stifled.

Second, the need for social cohesion to fend off outside meddling cannot be overstated. Ideological reconciliation, specification of the relationship between religion and the state, and a readiness to compromise are indispensable foundations of a functioning democratic state.

Third, the transition to democracy must be incremental. Just as no one jumps directly from kindergarten to university, the democratization process must be inclusive and carefully calibrated, with clear milestones. A starting point could be a common vision to improve human rights.

The final lesson of the Arab Spring—tragically apparent in Libya and Syria—is that those in power must be persuaded that it is in their interest to come aboard. For any regime, gradual change is surely preferable to the prospect of an abrupt upheaval that threatens to replace those in power with a power vacuum.

As 2021 begins, the geopolitical terrain in the Arab world will continue to shift. The outcome will depend on whether... Read More...

The Best and Worst Country for Democracy

Across the world, 49.3 percent of people live in some form of democracy with only 4.5 percent living in full... Read More...