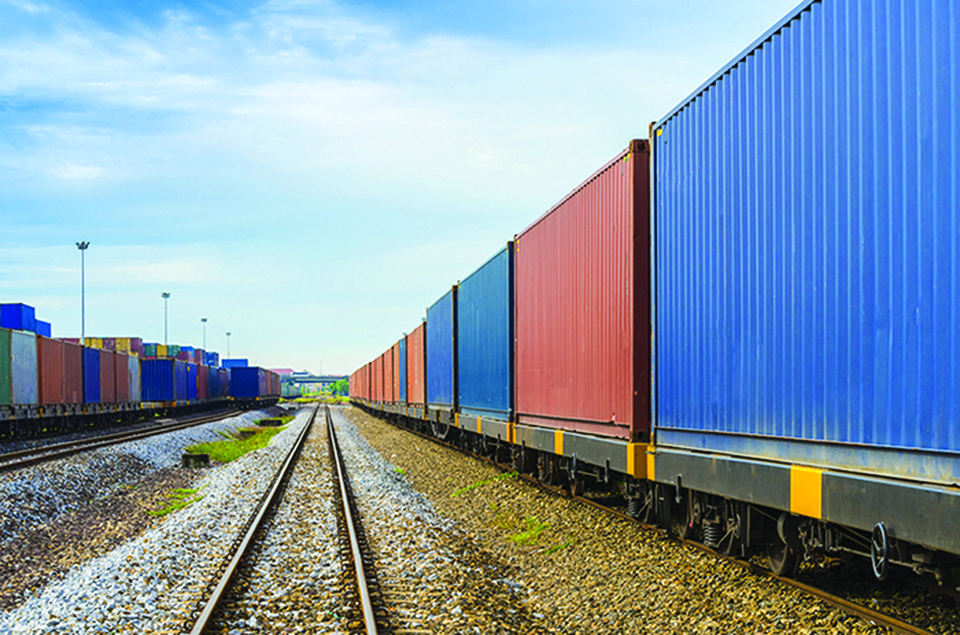 Enhancing connectivity with neighboring countries is important for Nepal in order to reach out to overseas markets through oceanic routes. Relatively shorter distance to the coastal lines combined with the geo-physical sloping toward southern border has made Nepal a natural economic and trading partner of India. Historical evidences show the bilateral engagement on wider issues spanning over economic, social, cultural and religious aspect that has bought transformational changes in the bond of relationship among common people.

Nepal’s connectivity with the northern neighbor is still a remote possibility due to the presence of rugged terrain, high mountains and poor development of infrastructure across the Himalayan range. Trade in the medieval times between Tibet and Nepal was carried out on barter basis which was continued till the first decade of this millennium. The payment of trade even today does not fully comply with the normal practices of payment through letter of credit. The form of trade payment is either demand draft or advance payment which is also one of the factors of impeding the growth of Nepal’s export in Chinese markets.

Some important initiatives had been taken during the official visit of Prime Minister K P Sharma Oli in 2016 and this year in the direction of promoting trade, investment and people to people linkages between Nepal and China. Signing of a transit and transport agreement was one of the milestones in diversifying Nepal’s transit services.

Trading with the overseas countries through the land and seaports of China still seems to be a daunting task in view of long distance to reach out to Chinese ports and cost associated with travel. But the transport corridors to be developed as part of transit transport agreement works as safety valve in case of interruption of transit services to and from the southern ports as experienced repeatedly by the Nepali traders in the past.

The utilization of transit services largely depends on the level and efficiency of surface transport in the form of road and rail transportation. It is obvious that the movement of goods between Kathmandu and Chinese ports cannot happen with the level of current infrastructures. Major problem remains on Nepali side. The border point of Tatopani is yet to be operational since it has been closed for the last three years after the great earthquake. Meanwhile the border-crossing of Rasuwagarhi-Keyrong is severely affected due to poorly maintained narrow stripped road and dilapidated bridges.

The understanding reached for re-opening of Tatopani border crossing, and development of railway facilities to Keyrong and further to Kathmandu brings optimism to Nepali people and traders for enhanced connectivity and economic engagement with China. Developing instrument for operationalizing the transit transport agreement is equally a challenging task and needs careful planning and cautious approach. The overland movement of commercial cargo over a distance of 4000 kilometers cannot be done by trucks or small vehicles. Only railway can help us do that.

Second, the use and application of documents and procedures in moving the transit traffic in line with the provisions laid in the bilateral treaty of transit between Nepal and India cannot be replicated as this is already burdensome and costly approach for Nepal. Third, infrastructures at Nepal-China border and roads in Nepal need major repair and rehabilitation to cater the need of increased road traffic. The Inland Clearances Depots (ICDs) in the border area are yet to be developed for facilitating the customs clearances, parking and storage of the traded goods.

Modality of such movement across Nepali territory is yet to be developed despite that such a provision has been embedded in the treaty of transit with government of India in 1960 and then repeated in subsequent treaties.

A decade and half ago, government of India had expressed its interest to invoke the provision of reciprocal transit services, but it did not pursue the matter further. The primary reason was opening of Na-Thula pass in Sikkim in 2006 and the lack of mutual trust and roller-coaster relations between India and China. Indian displeasure is associated with resurgence of China in South Asia, contentious issues of China-Pakistan Economic Corridor and Doklam skirmish that has made India stay away from much touted Belt and Road Initiative (BRI) of China. However, the diplomatic engagement has regained strength with Wuhan Summit between President Xi and Prime Minister Modi in April this year.

The Bangladesh-China-India-Myanmar (BCIM) economic corridor was initiated back in 1999 as Kunming initiatives with a view to connect China with South Asia. But this concept is still to get ground and fraught with several challenges, particularly with security related issues and development of appropriate physical infrastructures.

There are multiple insurgent groups operating in Myanmar that often create troubles for the development of infrastructures and make the task of project implementation more difficult. Similarly, the North-eastern states of India are also facing security problems emanating from insurgent groups.

New agreement between Nepal and China and Nepal and India for connecting Nepal’s capital with the railway system of China and India may open up the opportunity for Nepal to become land bridge between India and China.

Nepal can also serve as an alternative to BCIM economic corridor and facilitate the movement of trade in goods and services, investment, and people to people relations. There are chances of leveraging the transport connectivity to the growth of national economy.

Thus, Nepal needs to carefully tread on the bilateral engagement with the neighbors on issues of infrastructure development and on relevant issues of transit, transport and trade to lead the country toward prosperous future.

DHADING, Jan 24:  "After waiting for ages, we will finally see vehicles plying on the roads of our own village. We... Read More...