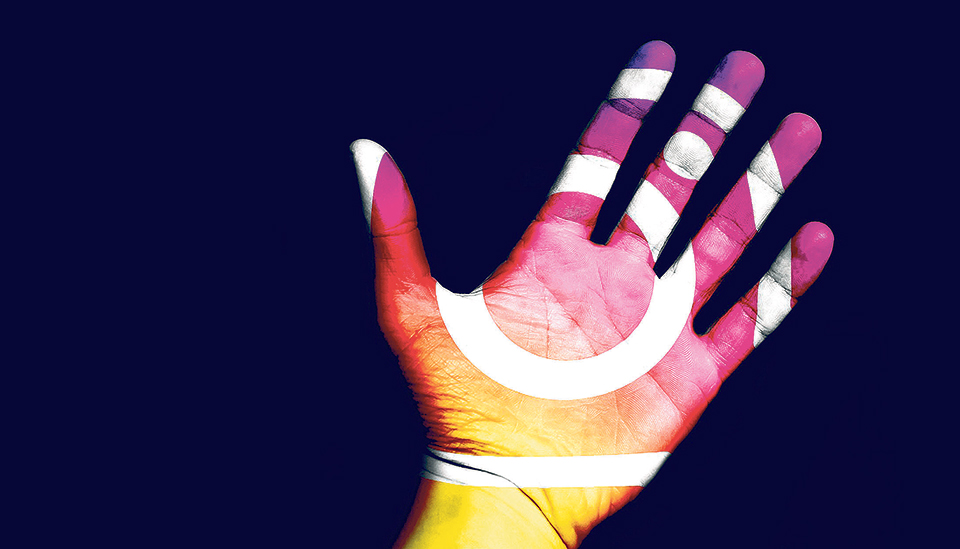 Yes, I know social media portrays only half the truth. Most of the times, what we see in a photo isn’t even the reality but something that has been staged purely for Instagram or Facebook.

My day, like yours I’m going to assume here, starts in bed scrolling through Instagram or Facebook. For half an hour (on a good day, that is) before I get out of bed to go to the kitchen to make a strong cup of coffee, I consume endless posts on food, travel, love, and rituals that sometimes make me happy but more often than not fill me with wistful longing. And that’s really not a good mindset to start my day with. On bad days (days when I’m feeling particularly lazy or unmotivated), social media takes up an hour of my time in the morning, sometimes even more.

Social media isn’t only a time suck (that’s not to say you can’t use it productively but that’s a topic for another time) it can effectively fill you with envy and leave your morale in tatters. If you haven’t gone on a vacation in over two years because as a family you just haven’t been able to coordinate holidays, then seeing someone enjoying an impromptu trip to Thailand can really dampen your spirits. Really, who goes on an “impromptu” trip anyways? And I would like to know how.

But that doesn’t stop you from opening your eyes and reaching for your phone first thing in the morning, does it? You know you are going to feel bad but you do it anyway. And it’s a rabbit hole, these social media platforms. You can’t just see a few posts and put your phone away. You just keep scrolling and scrolling, liking this and that, posting a few emoticons here and there, all the while feeling awful that you aren’t living the “perfect” life all these people seem to be.

Yes, I know social media portrays only half the truth. Most of the times, what we see in a photo isn’t even the reality but something that has been staged purely for Instagram or Facebook. But try telling that to the envious voice welling up inside you and see if it listens. I know mine never does. What I see on Instagram feels like fairytale, the good life – like everyone out there is being the best version of him/herself. Again, I know that’s not true. But there’s no convincing Little Miss Envy.

All of us are highly selective of what we put on our social media pages. We use various filter options to make ourselves look fairer or darker and hide that slight wrinkle on our forehead. I definitely focus on the good and cut out the bad – even a slight double chin goes through a major edit. It’s a deliberate attempt to paint a picture on social media that makes our lives look a whole lot better than it is. There’s no denying that. But still envy refuses to listen.

Envy is that emotion that gnaws on your insides even when you know the contrary of what you believe is true. We might beautify our own social media accounts but the fact that other people do it too is one that often slips our minds. When we post memories of a vacation, or a great selfie that’s the result of 50 odd similar selfies, or the chocolate topped waffle that we indulged in on the weekend, we know these are mere moments from a day in our far from perfect lives. So when someone else does the same, why do we automatically assume their life is great?

Various recent studies suggest that social media use is not depressing, that is unless it triggers envy. Social media can be an awesome way to keep in touch with family and friends but when it’s doing more damage than good, it’s perhaps time to reevaluate its importance in your life. After all, do you have to endlessly scroll through posts of people you hardly know or have met just once? Removing “friends” you don’t really know well or haven’t talked to in the past year can be of enormous help here.

It might also be time for a shift in perspective: Try to be inspired by Instagrammers you follow instead of envying your friends and relatives. When you see somebody who keeps traveling or has a job you admire, also think of the hard work they have put into achieving all of that. That can motivate you to put in the required effort and also get to where you want to in life. It’s easier said that done, but it’s also not that difficult either.

The thing is you have to take action because Instagram or social media jealousy isn’t something that will go away on its own. You have to discern why you are jealous and actively work on it. Suppose you are jealous because you see someone else is more successful than you are, then you can work on that feeling by conditioning your mind into believing the fact that success isn’t his or hers alone, and that it can be yours too.

Since envy will probably never completely go away even then, I have decided to make it work to my advantage. Learning from others you admire and trying to emulate their style, looks, or positivity can be a great way to start. Instead of being jealous of friends who look like they have more than I do, I’m going to start focusing on the good in my own life. There’s a lot I have that I’m grateful for and I’m going to start acting like it.

The writer loves books, movies, pizza, and the weekend and believes there is nothing a cup of tea can’t solve. You can contact her at sharmadit347@gmail.com

Most popular social media sites in 2020

Facebook is the biggest social media site, with more than two billion people using it every month. Around 65 million... Read More...

KATHMANDU, Sept 9: Social media has become a new avenue for people to express their feelings without being judged or... Read More...

If you haven’t heard it, here’s some bad news: The black and white worldview is back. Like all inestimable things,... Read More...