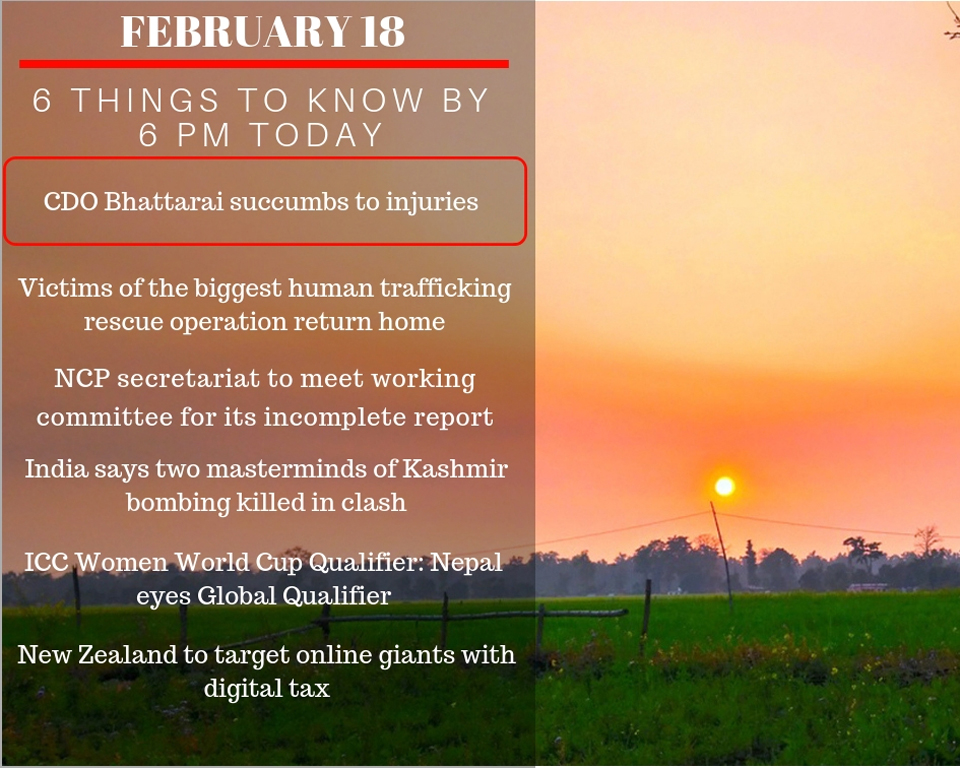 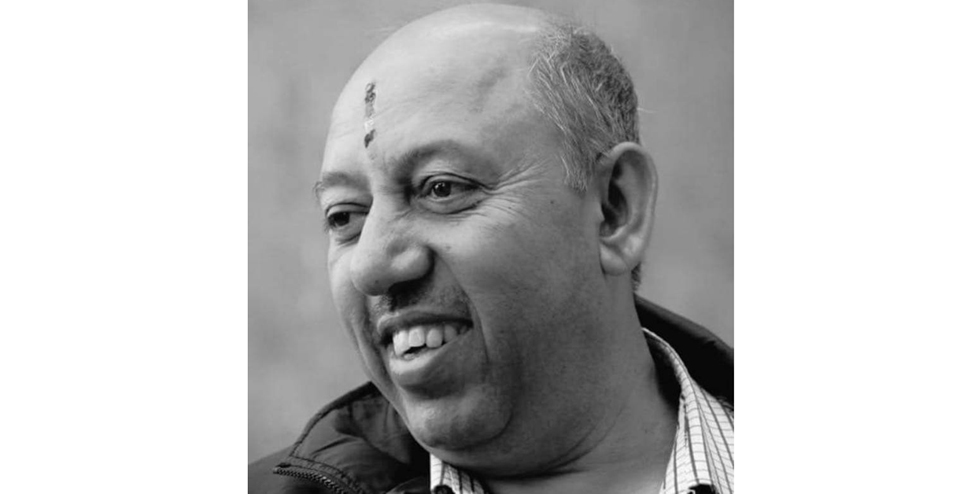 The 179 people who were rescued from the towns in Indo-Myanmar border of Manipur have returned home through Kakadbhitta, Maiti Nepal said.  On February 1 and February 2, 179 people – 147 women and 32 men, were intercepted by the Manipur police in Imphal and Moreh. Manipuri law enforcement officials said that this was the biggest rescue operation in the region and that the officials believed that the women were to be trafficked to different cities of South Asian and Middle-East countries through Myanmar.

NCP secretariat to meet working committee for its incomplete report

The Nepal Communist Party's secretariat meeting has decided to hold meetings with the party unification working committee for submitting an incomplete report on February 21. The NCP has been struggling to conclude its party unification at local levels. When the two communist parties, the then UML and Maoist Center, unified on May 17, last year, they had agreed to conclude the unification in three months time. 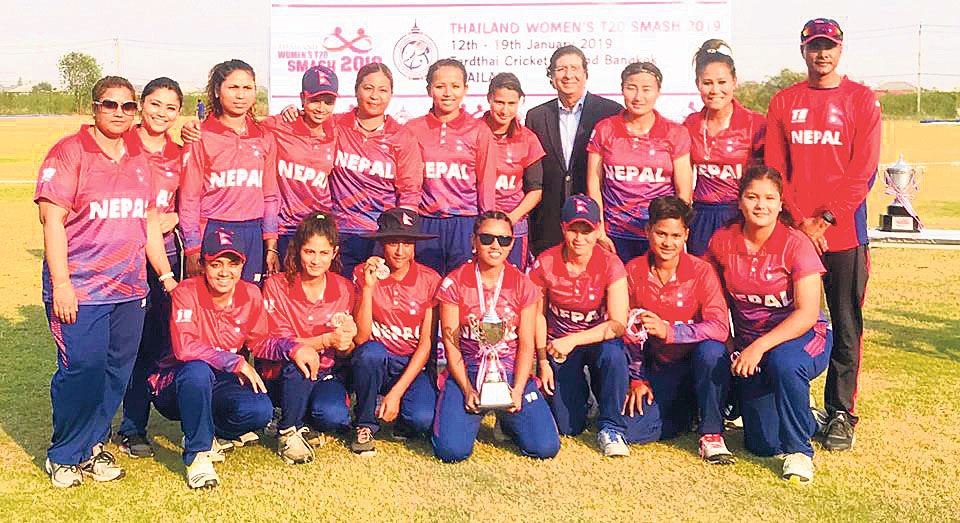 Nepal's national women cricket team which became the first runner-up team in the T-20 Smash Cricket Championship held in Thailand is going for the World Cup Qualifier tournament with high motivation despite short preparation time before going to Thailand again to play in the qualifier matches. The International Cricket Council (ICC) Women Asia Qualifier games are kicking off in Thailand from tomorrow. Seven countries from Asia: Nepal, the UAE, Malaysia, China Hong Kong, Kuwait and Thailand are playing under the Round Robin League.

New Zealand said that it plans to update its laws so it can tax revenue earned by multinational digital firms such as Google, Facebook and Amazon, extending a global effort to bring global tech giants into the tax net. Highly digitalized companies, such as those offering social media networks, trading platforms, and online advertising, currently earn a significant income from New Zealand consumers without being liable for income tax, the government said in a statement released after the announcement. The value of cross-border digital services in New Zealand is estimated to be around NZ$2.7 billion ($1.86 billion).

KATHMANDU, Feb 18: The 179 people who were rescued from the towns in Indo-Myanmar border of Manipur have returned home... Read More...

She had wanted to travel to Kuwait to find employment as a domestic worker. “Everyone used to go for work... Read More...