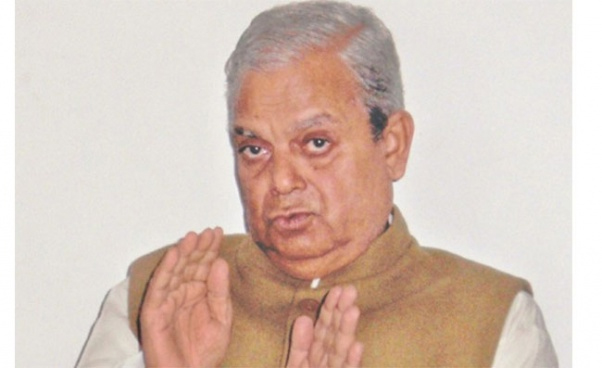 KATHMANDU, August 10: Mahanta Thakur has been removed from the post of chairman of the Janata Samajbadi Party (JSP). There will be only one chairperson in the party now.

In the updated list of the EC, Thakur and 16 others including his close associates Rajendra Mahato, Sharat Singh Bhandari, Anil Jha, Sarbendra Nath Shukla, Laxman Lal Karna, Nirjala Raut, Chanda Chaudhary and Keshav Jha have lost their posts of executive member. Now they will be just ordinary members of the party. According to Shrestha, the executive committee of JSP now has a total of  35 members.

Thakur is currently holding a program in Terai/Madhesh under the name of JSP’s Chairman. The main objective of the programs is said to be exposing Upendra Yadav. After being removed from the post of chairman in the list updated by the commission, Thakur will no longer be allowed to do so.

According to EC Spokesperson Shrestha, his general membership will remain in place until the leaders including Thakur and Mahato announce their resignation or open a new party. "As long as he is an ordinary member of the JSP, Thakur, Mahato and other members of parliament will not lose their parliamentary seats," said a source at EC. In the dispute over the authenticity of the JSP, the EC had granted legitimacy to the Upendra Yadav-led faction of the JSP on July 26.

Warns of relieving them from the position of lawmaker if they failed resign within 24 hours. ... Read More...