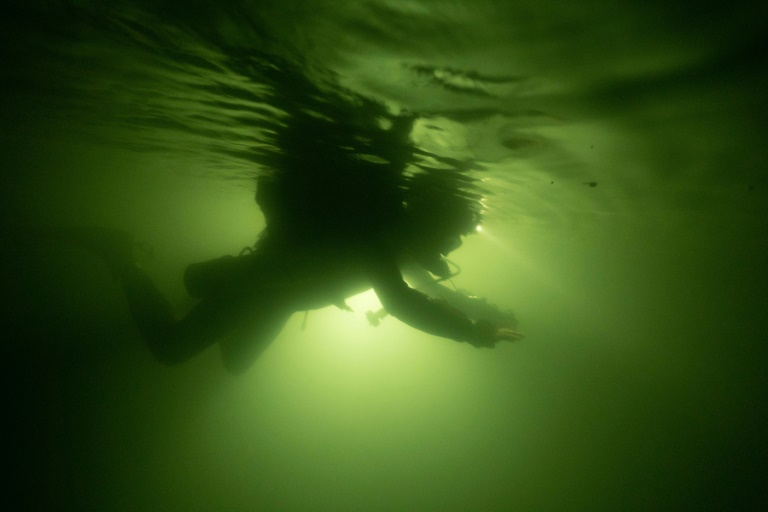 Three divers who helped rescue a Thai football team last year have made a fresh discovery in Vietnam where they explored a tunnel that could expand the footprint of the world's largest cave.

The team was invited to descend into a waterlogged pit in the Son Doong cave in central Vietnam that has never been explored and is believed to connect to nearby chambers.

They were forced back at 77 meters (252 feet) because they did not have enough oxygen to push further, but they think the tunnels could be 120 meters deep.

If the tunnel connects to another cave, it would make Son Doong "easily the largest cave in the world and it would never be overtaken," British cave expert Howard Limbert, who helped organise the dive, said Tuesday at a press conference announcing the find.

The three divers -- Rick Stanton, Jason Mallinson and Chris Jewell -- were part of the daring rescue to save 12 Thai footballers and their coach who were trapped in a cave for eighteen days last year.

Stanton -- who found the boys on a ledge -- said the painstaking task of safely leading the group out of the tunnel alive helped to prepare for the mission in Vietnam.

"Our planning and preparation is without parallel," he said.

The team plans to return to Vietnam next year to try to link the tunnel to another cave near Son Doong, which is so big that it has its own ecosystem and weather patterns.

The cave in central Quang Binh province was first found by a local forager in 1991, but was not re-discovered for another 19 years because its entrance was hidden by thick surrounding jungle.

Only 30 percent of Vietnam's Phong Nha national park -- where Son Doong and a network of adjacent caves are located -- has so far been explored.

Son Doong is the world's largest cave by volume, big enough to house a New York city block -- including 40-storey skyscrapers -- according to Oxalis, which runs tours into the caves.

Proposed plans to build a cable car in the area have sparked anger among the Vietnamese public who fear it will harm the area's wildlife and pristine views.

An official said Tuesday there were no plans to move ahead with the project despite offers from several companies.

"That is only in theory, in truth, to build a cable car there is no such project yet," the vice chairman of Quang Binh province Tran Thien Dung said Tuesday.

Vietnam's tourism industry is booming among domestic and foreign travellers alike, but the communist country has come under fire for failing to preserve landscapes as it rapidly expands the sector.

BANGKOK, May 9: Thailand’s pro-army Palang Pracharat party was looking for coalition partners on Thursday from a wide field of... Read More...