Taylor Swift releases new song 'Look What You Made Me Do' 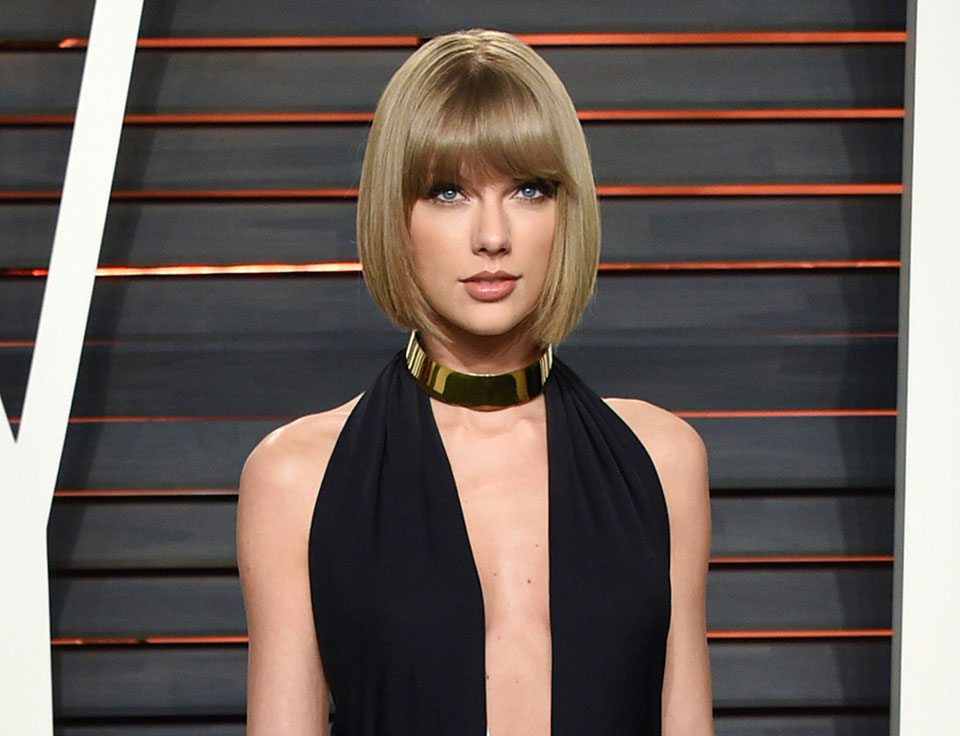 NEW YORK, Aug 25:  You can finally shake it off: Taylor Swift has released her new single.

The 27-year-old singer dropped the upbeat song "Look What You Made Me Do" — which uses an interpolation from Right Said Fred's 1991 hit "I'm Too Sexy" — late Thursday to streaming platforms and iTunes. The song, featuring elements of pop, dance and house, includes sharp lyrics like: "Honey, I rose up from the dead I do it all the time/I got a list of names and yours is in red, underlined I check it once/Then I check it twice."

The track ends with a voice message of Swift saying, "I'm sorry, but the old Taylor can't come to the phone right now. Why? Oh, 'cause she's dead."

The video will premiere Sunday night on the MTV Video Music Awards.

Some felt the song was a diss toward Kanye West, whom Swift has had issues with in the past. Last year their feud hit a new height when West's wife, Kim Kardashian, released audio recordings that she said proved Swift gave West the go ahead for a Swift reference in the song "Famous."

Swift's voice message on her new song could be a reference to the audio Kardashian leaked. Others felt the opening lines of "Look What You Made Me Do" — "I don't like your little games/Don't like your tilted stage" — was a reference to West's recent tour, which featured a floating stage.

The anticipation of "Look What You Made Me Do" helped Swift trend heavily on social media. The song is the first single from her sixth album, "reputation," to be released Nov. 10. A clip of the song's video will premiere Friday on "Good Morning America."

Swift wiped her social media pages clean last week and caused a frenzy online with video snippets of slithery snake parts. Fans dissected the clues in hopes it would reveal details about her new music, and the pop star finally announced Wednesday that a new song would come this week followed by an album three months later.

"Reputation" is the follow-up to 2014's "1989," Swift's first official pop album after years of dominating in country music. "1989" launched seven hit singles, from "Shake It Off" to "Bad Blood," and won three Grammys, including album of the year. The album helped her produce a star-studded world tour, featuring guest appearances from musicians such as Justin Timberlake and John Legend to A-List celebrities like Ellen DeGeneres and Chris Rock.

"Look What You Made Me Do" uses an interpolation of a melody from "I'm Too Sexy," a No.1 hit that was written by Richard Fairbrass, Fred Fairbrass and Rob Manzoli. After the song's release, Right Said Fred tweeted thanks to Swift and called the new song a marvelous reinvention.

Swift wrote and produced the new song with frequent collaborator Jack Antonoff, who performs in the bands Bleachers and fun. Antonoff, who has produced for Lorde, Sia, Sara Bareilles and others, earned a Grammy Award for his work on three songs from Swift's "1989."

He also produced and co-wrote Swift and Zayn's Top 5 hit from the "Fifty Shades Darker" soundtrack, "I Don't Want to Live Forever," and the two shared a Golden Globe nomination for the song "Sweeter than Fiction," from the 2013 film "Once Chance."

Love, You and Me

Pokhara-Baglung Highway to be closed for upgrading
3 minutes ago