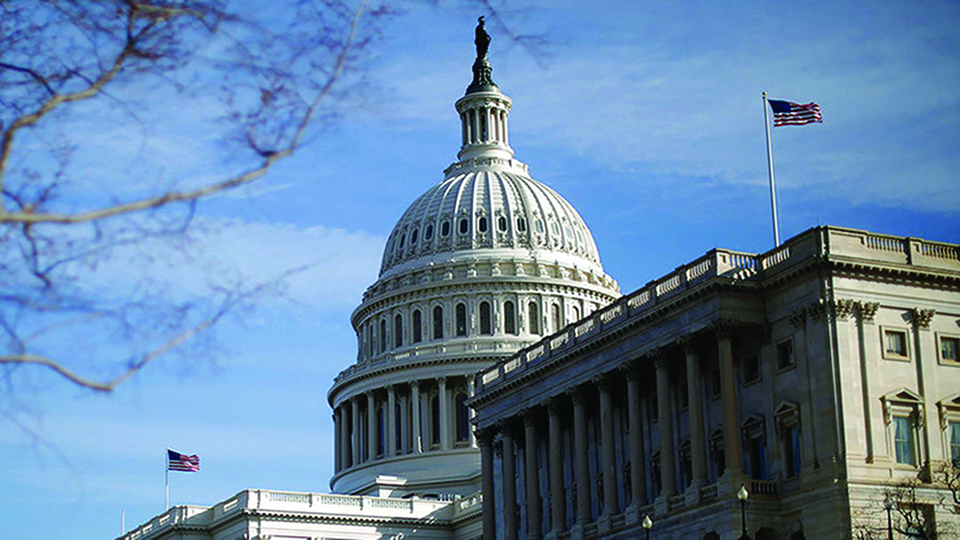 Why did Nepal Communist Party have to spew venoms on America while even Russia and China, the countries the US considers as arch-rivals, even enemies, were responding so cautiously?

For the first time, after many years, it was beginning to feel America was giving deserved importance to Nepal and that it has started to view Nepal through its own lens, instead of India’s, the accusation American diplomats  have had to face in interviews with Nepali press. But this is also the first time, in many years, that Nepal gave America a reason to feel offended. War of words between Nepal-based American mission and government and leaders of ruling Nepal Communist Party (NCP) speak of nothing else.

These are the alarming signs. American mission asks the government to clarify its stand on the statement issued by NCP Co-chairman Pushpa Kamal Dahal. Officials at the State Department question Nepali ambassador to the US Arjun Karki over this matter. US envoy in Kathmandu skips the briefing, held to allay American concerns, by Prime Minister KP Sharma Oli and his foreign minister.

And all this starts with Pushpa Kamal Dahal’s unexpected salvo against America on Venezuelan crisis.

Surely Nepal was not the first country to speak on Venezuela. The day after Juan Guaido declared himself the interim president on January 23 and the United States promptly recognized him, major world powers started to react. Russia and China were first among them.

Vladimir Putin was perhaps the first one to contact Nicolas Maduro on the phone on January 24. He spoke of “destructive external interference” but also added that he was in “favor of searching for solutions within the constitutional framework and overcoming differences in Venezuelan society through peaceful dialogue.” “America” was not mentioned.

China spoke too. On the same day China’s Foreign Ministry Spokesperson Hua Chunying noted “We have been closely following the current situation in Venezuela and call upon all relevant parties to stay rational and cool-headed and seek a political solution to the issue of Venezuela through peaceful dialogue within the framework of the Venezuelan Constitution.”  She said “China always upholds the principle of non-interference in other counties’ internal affairs and opposes foreign interference in Venezuela’s affairs” and called for “international community” to “create favorable conditions for that.”

Beijing said “all relevant parties in Venezuela” should bear in mind “the fundamental interests of their country and people, resolve political differences through dialogue and consultation on the premise of respecting constitutionalism, avoid violent conflicts and restore normal order.”  She spoke of US but cautiously. “The US and Venezuela have close traditional relations. We hope that the two countries can handle their relations on the basis of treating each other as equals, mutual respect and non-interference in each other’s internal affairs.” “External sanctions and interference, Beijing said, “will only complicate the situation.”

India commented on Venezuelan crisis on January 25 but with a balance. Spokesperson of Ministry of External Affairs said: “We are closely following the emerging situation in Venezuela.” “We are of the view that it is for the people of Venezuela to find political solution to resolve their differences through constructive dialogue and discussion without resorting to violence,” the briefing made public by MEA’s Media Center stated. India spoke of no external interference but instead stressed that “democracy, peace and security in Venezuela are of paramount importance for the progress and prosperity of the people of Venezuela.”

Only if drafters of NCP’s statement had read these statements before they issued theirs.

Contrast the above statements with the one signed by Dahal and one sees how recklessly it was drafted. He “strongly denounces the US it’s [sic] allies [sic] intervention in the internal affairs of Bolivian Republic of Venezuela with the intention of increasing the violence by dividing the people and challenging democracy, sovereignty and peace.”

While other countries maintained civility in their response, Nepal’s communist leader went extra miles in denouncing America. He called “immediate recognition of” Juan Guaido by the US “the grand design going on against the legitimately-elected President of the Bolivarian Republic of Venezuela, Nicolas Maduro, and Venezuelan people.” He accused the US of attempting “imperialist coup” and said “the US has been trying to create chaos and violence putting inhuman economic sanctions and threatening military intervention.” He also called America and its allies “imperialists[sic] forces intruding Venezuela.”

The statement is not only fraught with grammatical errors but is also undiplomatic.

I have failed to understand why NCP and Dahal had to spew venoms on America while even Russia and China—the countries the US considers as its arch-rivals, even enemies—were responding so cautiously.

Understandably, the US mission in Kathmandu was miffed. When it sought official government position, Ministry of Foreign Affairs tried to control the damage inflicted by Dahal. MoFA’s press release dated January 29 stated: “The government of Nepal has been closely following the recent political development in the Bolivarian Republic of Venezuela.”

“In line with its principled position, Nepal believes that internal political problems of a country need to be resolved within its constitutional parameters in a democratic manner, free from external interferences. The people of Venezuela have the ultimate authority to take a decision on the country’s political and constitutional course. We stand for peace, stability and unity of Venezuela and call for resolution of differences through peaceful means.”

If the government statement had avoided “free from external interferences” clause perhaps Americans would not be as dissatisfied. But here was the catch.

MoFA was caught between having to echo Dahal’s version and at the same time proving that NCP’s view does not really reflect the government’s view. The government could address American expectation (if at all) of disowning Prachanda’s words at the cost of aggravating the simmering differences within the party.

NCP’s February 4 statement seems to be directed at disowning its January 25. It retains the spirit of MoFA’s views. But by then political divide had become conspicuous. Main opposition Nepali Congress took a stand in stark contrast to NCP and the government. Congress sided with America.

Ruling and opposition parties became divided along ‘pro-America’ and ‘anti-America’ camps, which also comes to mean ‘pro-China’ and ‘anti-China’ camps. This spells dangers for the days to come. What if every government position on, say China, India and the US, is challenged by the opposition?

The United Nations had passed a resolution on Venezuela in September, 2018 and Nepal had abstained from voting. If NCP had maintained consistency in this policy, it would not drag the government over the issue that has nothing to do with Nepal.

Countries restrain from using harsh words while criticizing their rivals. This is why in diplomatic exchanges, words are carefully chosen so that there is a room for correction through interpretations. In diplomacy, one pretends to be on friendly terms even if one holds grudges with opponents. This might sound duplicitous but it is integral to foreign policy norms.

NCP made a mistake by chiding America but Nepali Congress made it appear like the country was divided along ‘pro-America’ and ‘anti-America’ camps.  Opposition and ruling parties should agree on basics of how to deal with China, India and the West. As things stand, many countries in the world are caught in dilemma of whether stick to the world order led by the US so far and the one China is emerging to lead. Yes, we can pick side but it should not sound like we are treating one as a friend and the other as an enemy, or taunting one and cajoling other.

Nepal opposing or supporting American position on Venezuela is not going to alter the outcome. With America and almost all of Europe standing against Nicolas Maduro, and with anti-Maduro protests escalating by the day in Venezuela, Maduro regime is unlikely to sustain.

For the moment, it doesn’t behoove America and Nepal to magnify the issue and widen the differences. When irritants surface in relation between countries, they need to talk, bury the hatchet and move on.

Disabled communities in Nepal are disenfranchised before, during, and after elections ... Read More...