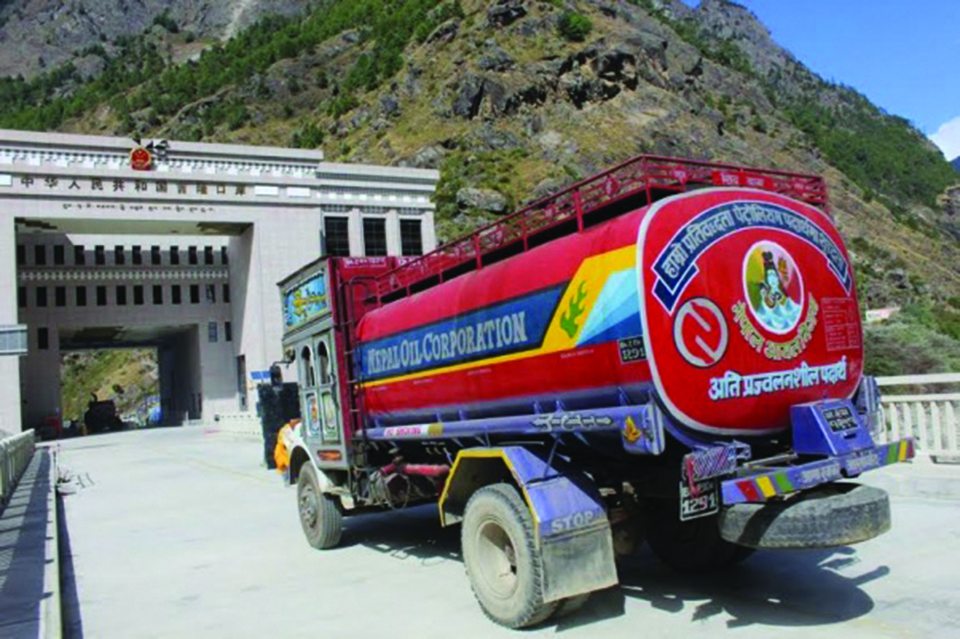 SINDHUPALCHOK, May 29: The Tatopani border point, Nepal's vital and the oldest trading point with the northern neighbor China that was closed following the April 2015 earthquakes, has resumed its operation on Wednesday.

Addressing the event, Minister Yadav said that people-to-people ties between Nepal and China is equally cordial apart from political, economic and cultural relations. The minister expressed gratitude to the Chinese government for its contribution to re-open the Tatopani border point.

On the occasion, four Chinese cargo trucks laden with wool entered Nepal. Likewise, two containers of handcrafts left for the Tibetan Autonomous Region of China via the border point.

With the formal announcement of the reopening of the border point, the trade has also resumed.

Until the earthquake, goods worth around 20 billion would be traded through the border annually earning the country over Rs 5 billion in taxes.

The border had been temporarily reopened in 2016 but was closed again. It is formally coming into operation now after the completion of construction of a dry port at Larcha, some bridges and roads with Chinese assistance. The dry port sprawls over 90 ropani of land. The Chinese government spent Rs 1.2 billion in the infrastructures.

Nepal collects revenue of Rs 5 billion annually from import and export of Rs 20-25 billion worth goods though Tatopani... Read More...

Trade through Tatopani suspended for 20 days

SINDHUPALCHOWK, Jan 22: Trade through the Tatopani border point in the north has been closed for the next 20 days.... Read More...