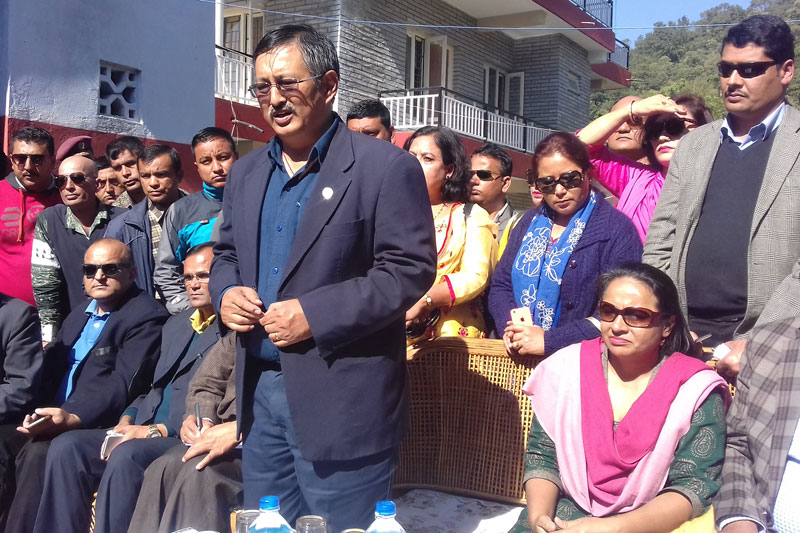 At a press meet organised to share information about the election of a new leadership through the general convention and other decisions made by it here today, he claimed the convention's decision to pick up the new leadership unanimously was a respect to the aspirations of the party leadership and convention representatives for so and was for keeping the intra-party integrity intact in the present political scenario.

On the occasion, he took the opportunity to thank all including the general convention representatives who helped make the event successful.

Nominations of remaining central committee office-bearers and other members will be made by the upcoming meeting of the Direction Committee in accordance with the organisation's statute ( revised and amended), as stated by him.

Leader Khand also the sitting Defense Minister and organisation's former President vowed to make initiatives to accelerate the construction of Pokhara International Airport once he reached the capital.

Newly elected President Basnet said that the struggle against the prevailing decadence and defects in the society will continue while in the coming days the organization will remain active for country and society's interest.

KATHMANDU, Sept 11: The General Convention of Tarun Dal, the youth wing of Nepali Congress (NC), will be held from... Read More...