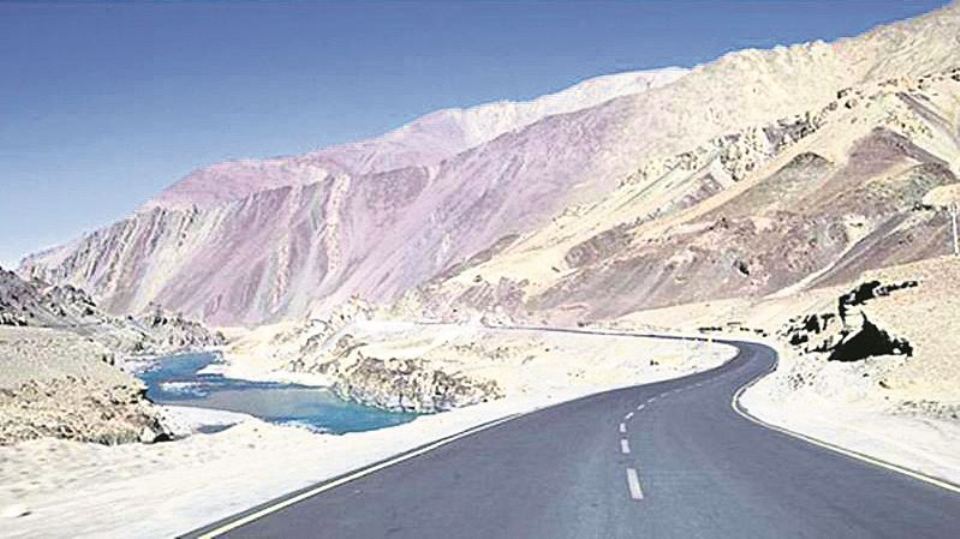 Developing cross-border connectivity with major infrastructures like energy grid, highways and railways should be looked from broader perspective of socio-economic transformation of Nepal

The rising economic clout of China and India as the next door neighbors could be a blessing for socio-economic transformation of Nepal if Nepal can maintain a balanced foreign policy and constructive engagement. One of the major challenges faced in overall socio-economic development of the country is the modernization and expansion of physical infrastructures like energy, transport and border facilities which requires huge amount of financial resources and technologies suited to the fragile ecosystem and rugged terrain of the young mountains.

The new financial architectures under the framework of BRI, AIIB and the New Development Bank, can be a harbinger for promoting the trilateral cooperation for infrastructural development.

The mighty Himalayas bear the testimony of historic trade and economic relations between South Asia and China. Nepal as the buffer country situated between two giant neighbors provided passage for goods and travelers since very old times. Besides Kathmandu, the entrepot trade between India and Tibet-China used to take place through the Nepali traders of Olangchunggola, Khumbu, Palpa, Mustang, Dolpa, Mugu and Humla. However, Kuti and Keyrong came up as the principal trading routes since the times of King Pratap Malla during Malla dynasty. The overland trade always remained a big challenge for Nepal due to high mountains and adverse climatic conditions, particularly during the winter seasons.

The history of road construction in the country is less than 100 years as few north-south roads were developed in Tarai and urban roads in Kathmandu valley during the time of Rana Prime Minister Bir Shumsher. The first long stretch road, a total length of 165 km (Tribhuvan Highway), was constructed in 1954 with the Indian assistance. The pace of road development gained momentum after the restoration of multi-party democracy in 1990. Now, the country has a total road length of 91,556 kms, of which only 18,048 kms are paved. Most of the roads developed in districts and villages are in pathetic condition. They are not properly maintained and thus have become the cause of accidental deaths to a large number of people every year.

Both India and China have made an enormous achievement in development of transport infrastructures mainly on enhancing road, rail and inland water transport. The major highways in the Indian states of UP, Bihar and West Bengal have been upgraded to the international standards while China has developed high standard roads in Tibet that run west to east parallel to Himalayan ranges. The rail network in India is well developed and connected to different border points of Nepal while modern rail network of China is expanding in Tibet with a plan to further expand to Nepal border from Shigatxe. Similarly, the signature project of National Inland Waterways-1, linking Haldia port with Prayagnagar in UP, opens up opportunity of linking the gateway port with the major river system of Narayani and Koshi. Thus a multi-modal connectivity to reach out to the nearest sea port is becoming an imminent reality.

Despite the animosities on border issues between India and China and the Indian distaste to BRI projects in South Asia, the bilateral trade between the two countries is on the rise and has peaked to USD 85 billion in 2017 from a mere of USD 3 billion in 2000. Indian export to China also increased by 40 percent in the year in comparison to previous year. This reflects heightened interest of the two countries to meaningfully engage in bilateral trade and economic matters for a win-win proposition. Thus, enabling trans-Himalayan road and rail connectivity could be a game changer in facilitating trade between the populous states of India and the western provinces of China.

Connecting two neighbors in a multi-modal fashion will have profound spillover effect on Nepali economy. Development of transport and border infrastructures is utterly important for Nepal to enhance economic engagement with both neighbors. Opportunities of mobilizing resources from major donors like USA, China and India are high. But Nepali politicians are mulling over unwarranted debate about the MCC grants of the US under conspiracy theory. Some people on the other side raise questions on the merit of connectivity projects under BRI of China. Both of these perceptions reflect the extreme ideas based on parochial thinking. History is evident that Nepal, along with persuasion of non-aligned foreign policy, accepted assistance from both western and eastern blocs during the cold war era and developed major highways and public sector industries that provided basis for furthering the economic development process of the country in the ensuing decades.

It is obvious that foreign aid is tied up with some string in way of protecting and promoting the interest of donor country. But, it does not mean that it will have the implication of eroding and eliminating the legitimate interest and sovereign power of the recipient country. Countries are free to pursue the foreign policy of their choices as guided by their national interest. In case of Nepal, the constitution of 2015 has clearly spelt out the policy statement that remains unaltered until the constitution is amended. So, accepting foreign assistance for a particular project on the basis of technical and financial ground does not necessarily drag on foreign policy issue of the state. Developing cross-border connectivity with major infrastructures like energy grid, highways and railways should be looked from a broader perspective of socio-economic transformation of the country. The politicians and the policy makers should come out of the feeble mental trap and parochial outlook if they want to see the country moving along the path of prosperity in tandem with the fast developing countries in the neighborhood.

The author is former secretary of the government of Nepal. Views are personal.
Email: puruojha@gmail.com