Tansen shuts down voluntarily to mourn the dead 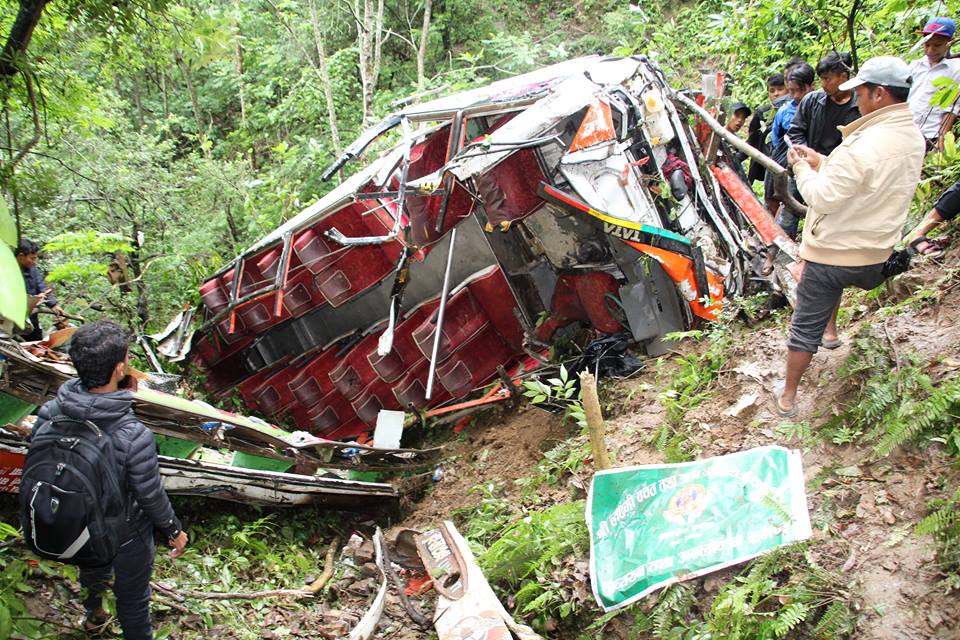 PALPA, June 3: Industries, shops, schools and offices have all come to a halt for today as Tansen mourns the death of 14 people on June 1.

The closure comes after Federation of Nepalese Chamber of Commerce and Industries-Palpa issued a press statement bereaving the dead and urging voluntary shutdown of district’s services to mourn.

Transportation, however, is functional.

Chief district officer, Bishnu Prasad Dhakal said that the mourning had affected operational works of government offices which continue to be open.

On Friday, 14 people were killed and nine sustained injuries after a bus (Lu 1 Kha 975) fell 200 meters down the road at Rambha rural municipality-4 while heading to Rampur from Tansen.

Four of the critically injured were flown to Kathmandu from helicopter for further treatment. SP Chandra Bahadur Thapa at District Police Office said that that those undergoing treatment in Kathmandu were recovering.  Of the deceased, eight were part of FNCCI-Palpa chapter, including Lok Prasad Dhakal, legal advisor to FNCCI-Palpa.

RASUWA, April 9: A Facebook post posted by an alleged murderer of Chitraman Dangol, 29, over decade old revenge has... Read More...

Jufal airport shuts down due to adverse weather

DOLPA, July 23: The flights to and from the district have stalled since a week following the closure of the... Read More...