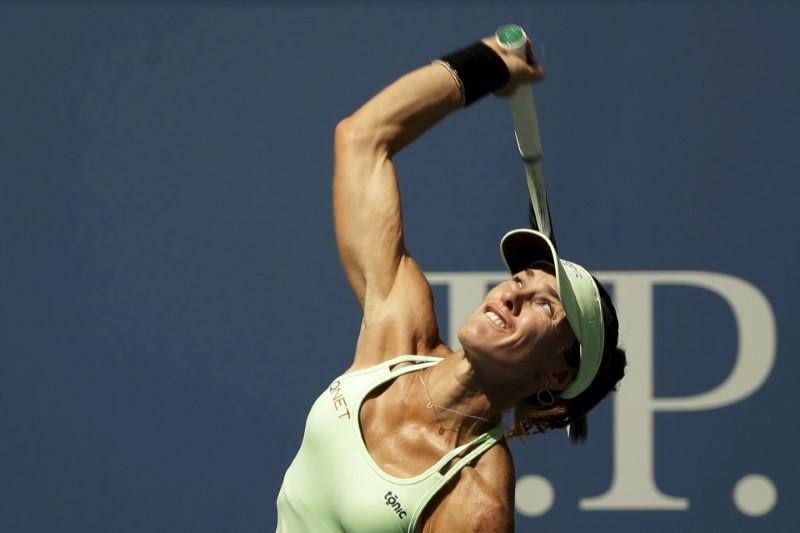 SINGAPORE, Oct 27: Swiss great Martina Hingis has announced she will retire from tennis at the end of this week’s WTA Finals, where the 37-year-old multiple grand slam champion is playing in the doubles tournament alongside Taiwan’s Chan Yung-jan.

“Looking back now, it’s hard to believe that almost exactly 23 years ago I made my professional debut,” Hingis said on Facebook on Thursday.

“The years that followed have been some of the most rewarding years of my life, both personally and professionally, but I believe the time has come for me to retire, which I will be doing after my last match here in Singapore.”

The retirement will be Hingis’s third in a long and illustrious career during which she claimed 25 grand slam titles since her WTA Tour debut in 1994, five in singles, seven in mixed doubles and 13 in women’s doubles.

Hingis first decided to end her career as a 22-year-old in 2003 due to persistent injuries after picking up all five of her singles crowns as a teenager, comprising three Australian Opens, as well as lone Wimbledon and U.S. Open titles from 1997-99.

The Swiss returned to the tour in 2006 and although she found more success in doubles than singles, she retired for a second time a year later after being handed a two-year ban for testing positive for cocaine.

The right-hander returned to the sport for the third time in 2013 and has enjoyed another successful spell of doubles tennis in the latest comeback, winning four women’s and six mixed grand slam titles from 2015-17.

Hingis and Chan opened their WTA Finals campaign with a 6-3 6-2 quarter-final victory over German-Czech duo Anna-Lena Gronefeld and Kveta Peschke, following which the Swiss elaborated on the decision to end her playing career.

“I’ll be always part of the game of tennis. Somehow we will be connected. I will definitely take some time out. I have done coaching before. I can help my mom, her tennis school. I will be connected,” she said.

”I am really looking forward to the things and challenges which will be ahead of me, but I think I also deserve some time away from the game, although I‘m not going to walk away. I will be always part and this will always be part of my life.

“I‘m definitely not going to miss that day-in, day-out grind, practicing, waking up. Maybe I will miss it after a while but in a different way. And the traveling, it’s also one thing at the start I definitely won’t miss any more.”

The Swiss also spent 209 weeks as world number one and has won the season-ending WTA Finals twice in singles, three times in doubles and claimed a 2016 Olympic silver medal in women’s doubles with compatriot Timea Bacsinszky.

”Well, I think now it’s definite,“ she added. ”So it’s different, because before I was, like, okay, I walked away, thinking I might come back, and if I didn‘t, so that was it.

“So it’s a different way now and I think it’s the right thing to do this time around.”