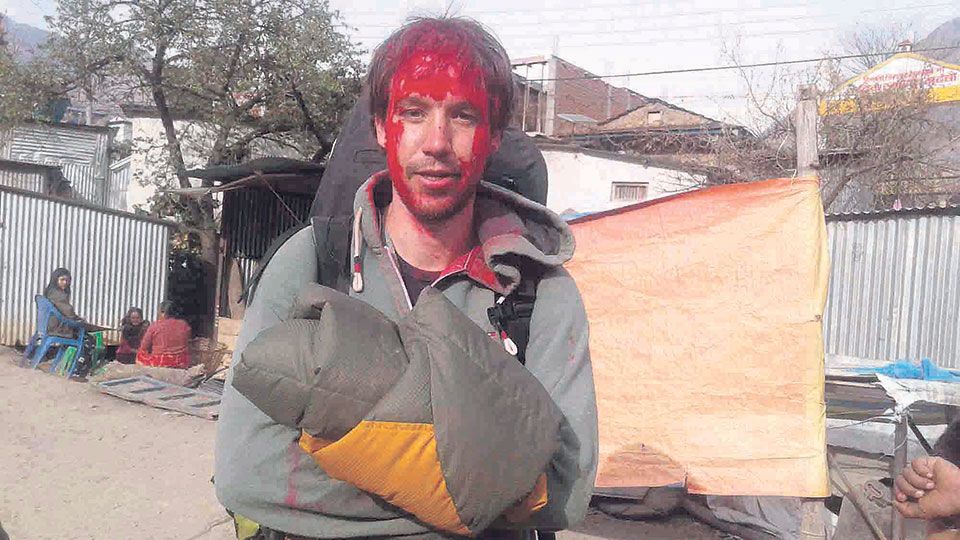 After conducting a few test flights in the district, the 30-year-old paragliding enthusiast said that the sport could be started here commercially.

One of the test flights that he started from Bhaisekhal landed successfully at Syarpu Lake. Another flight started from Banfikot landed at Rukumkot, the proposed district headquarters. Following the flights, Mayor said that Rukum has a great potential for paragliding due to its topography that is favorable for training and safe landing.

“The district could benefit from tourism if paragliding could be started here commercially,” he said.

Earlier, test flights for paragliding were carried out last year also, but no concrete action was taken afterwards.

“The potential of paragliding in the district will give way for tourism promotion in the district,” said Chandra Bahadur KC, president of Tourism Promotion and Environment Conservation Center Nepal, Rukum. “We have been able to locate a new runway for paragliding.”

“It is important to allocate more funds for promotion of tourism, so that new avenues could be explored,” he added. “We need to develop plans for tourism promotion, so that local levels in the country could work toward unleashing its true potential.”

According to KC, it is important that the budget for tourism promotion should be around 30 percent of the total development budget of the nation, so that this sector could be developed into a sustainable source of employment for the people.

IPOs of 20 companies worth over Rs 5.90 billion on pipeline
19 hours ago