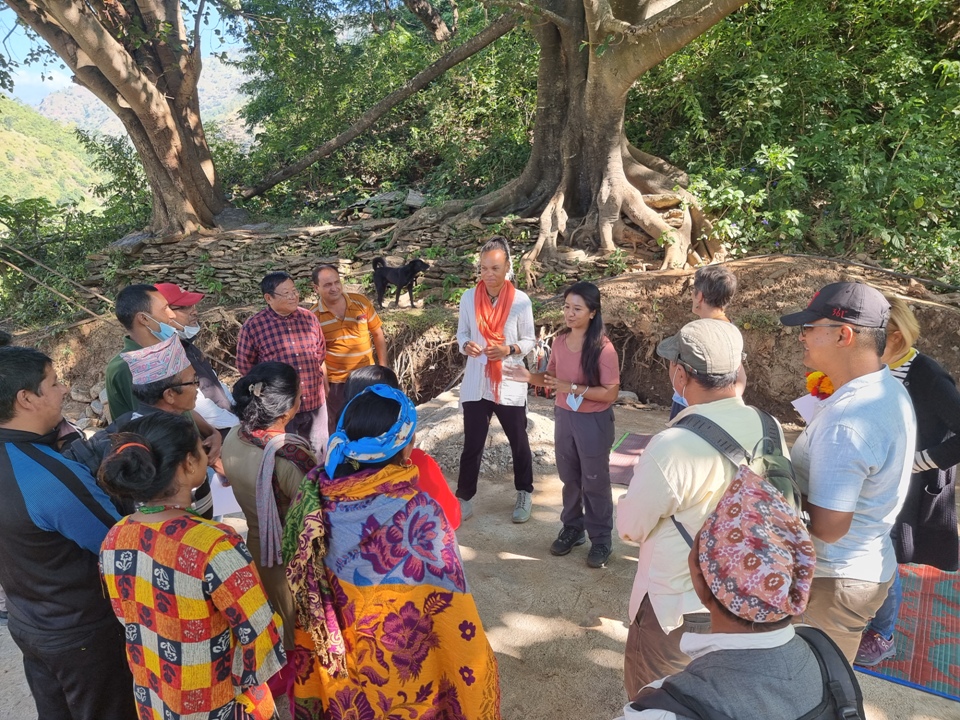 KATHMANDU, Oct 19: Ambassador Patricia Danzi, Director General of the Swiss Agency for Development and Cooperation (SDC) together with Barbara Böni, Head of South Asia, paid an official visit to Nepal on October 14, to discuss cooperation between the two countries and acknowledge the long standing bilateral relations.

The Swiss high-level delegation met in Kathmandu with Minister for Foreign Affairs Narayan Khadka, Chief Minister of Province 1 Rajendra Kumar Rai, Mayor of Bhojpur Municipality Kailash Kumar Ale, Deputy Mayor Nirmala Sherpa, and other stakeholders. According to the Embassy of Switzerland in Nepal, the main topics of discussion were understanding the partnership between Switzerland and Nepal.

The delegation visited Province 1 to observe Swiss supported projects such as Technical and Vocational Education Training (TVET), safer migration, trail and motorable bridges, market systems development, small irrigation as well as a COVID-19 response project. They held interactions on Switzerland’s contribution to provincial and local government for the implementation of the Constitution.

“When I look back at this trip, what will stay with me are a lot of impressions and how we translate strategies into action and what it means for the Nepali people. Switzerland has been present in Nepal for over 60 years, adapting our support to the needs of the country at a speed that Nepal decided we should,” Ambassador Patricia Danzi, Director General for SDC, was quoted as saying in a statement issued by the embassy, “During my trip, I witnessed many changes – one being how the federal system of Nepal has become very active with the federal, provincial and local governments working together. As Switzerland supports Nepal in the implementation of the Constitution, we are a partner that becomes more and more catalytic in making this actually happen.”

According to the statement, with the implementation of the Constitution, Switzerland is focused to support Nepal in the implementation of federalism and economic development. “To support Nepal’s continued progress in poverty reduction, Switzerland will support the three spheres of the government as per their constitutional mandates. Switzerland supports Small and Medium Enterprises in Nepal to expand markets as conditions for job and income creation through access to enhanced skills and market opportunities,” it added.