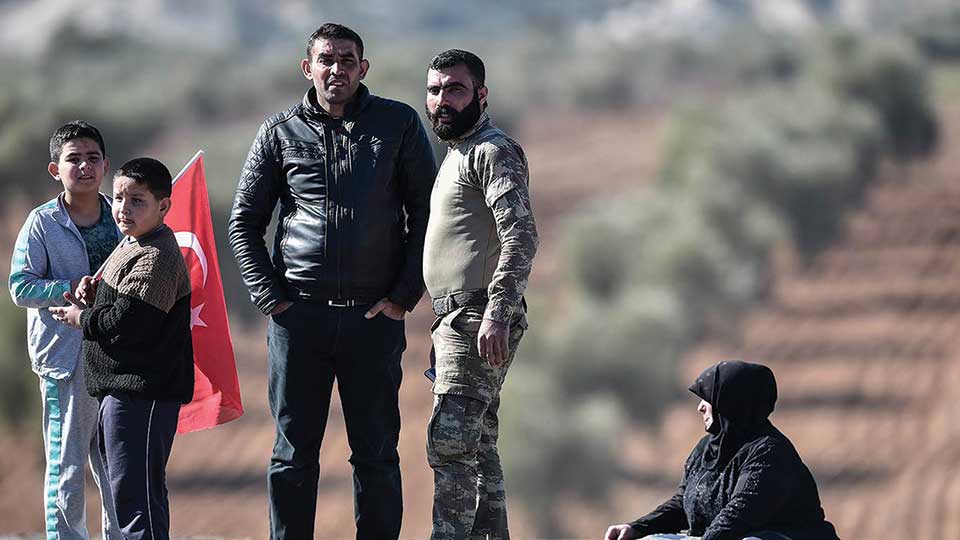 DAMASCUS, April 4: A suspected gas attack, believed to be by Syrian government jets, killed at least 58 people including 11 children under the age of eight in the northwestern province of Idlib on Tuesday, a war monitor and medical workers said.

A Syrian military source strongly denied the army had used any such weapons.

The attack caused many people to choke or faint, and some had foam coming out of their mouths, the Syrian Observatory for Human Rights said, citing medical sources who described it as a sign of a gas attack.

The air strikes on the town of Khan Sheikhoun, in the south of rebel-held Idlib, also wounded more than 60 people, said the Observatory, a British-based war monitoring group.

Activists in northern Syria circulated pictures on social media showing a reported victim with foam around his mouth, and rescue workers hosing down almost naked children squirming on the floor.

The army "has not and does not use them, not in the past and not in the future, because it does not have them in the first place," the source said.

A joint inquiry for the United Nations and the global chemical weapons watchdog has previously accused government forces of toxic gas attacks.

Damascus has repeatedly denied using such weapons during the six-year-old war, which has killed hundreds of thousands and created the world's worst refugee crisis.

Reuters photos showed people breathing through oxygen masks and wearing protection suits, while others carried the bodies of dead children, and corpses wrapped in blankets were lined up on the ground.

Warplanes continued to pound the town after the attack, including near a medical point where victims were being treated, the Observatory said.

Most of the town's streets had become empty, a witness said.

The Syrian conflict pits President Bashar al-Assad's government, helped by Russia and Iranian-backed militias, against a wide array of rebel groups, including some supported by Turkey, the United States and Gulf monarchies.

Syrian and Russian air strikes have pounded various parts of Idlib, according to the Observatory, despite a ceasefire that Turkey and Russia brokered in December.

Idlib's population has ballooned with thousands of fighters and civilians shuttled out of Aleppo city and areas around Damascus that the government has retaken in recent months.

U.S. air strikes since January have also hit several areas in the rural province where jihadists have a powerful presence.