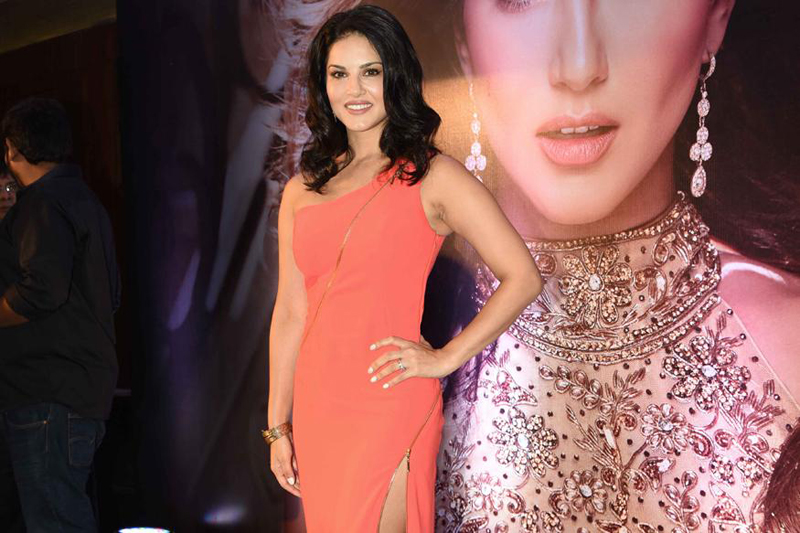 Mumbai: Bollywood actress Sunny Leone, who launched her own mobile app here on Wednesday, said she would be interested to watch actors Sonam Kapoor and Ranveer Singh on social media and mobile app.

Asked about which actress should have a mobile app like the one she is launching, Sunny said: "I think Sonam Kapoor would be interesting to watch as she keeps travelling to different countries and exploring. However, I follow all the Bollywood stars on social media."

"When it comes to actors, I think Ranveer Singh is very interesting, he is crazy, he is fun! He has a good sense of fashion and, at times, he wears whacky outfits too! So that's gonna be entertaining," she added.

The actress who launched her new mobile app in collaboration with New York-based start-up escapex said the app is one-stop shop for all her fans who can directly interact with her and meet her. It will open the door for her worldwide fans to her social media handles -- be it Facebook, Instagram, Twitter or YouTube.

Sunny is the first ever-Indian celebrity to have such an app - escapex has produced white label apps for artists like Bob Marley, Wyclef Jean and 35 other celebrities.

Emphasising on the impact of social media on an actors life, Sunny said: "As our shelf life is small, unlike Amitabh Bachchan, Shah Rukh Khan, social media is one of the best ways to build up fan followers and one can write one's own destiny."

Asked if there were any specifications given while collaborating with the company, she said: "Yes, I will control all the information that will go out to my fans and there should not be any room for internal ranting!"

Ranveer Singh who is famous for his suave style and charming personality has landed himself in hot water for appearing... Read More...

RSP Chairman Lamichhane warns of quitting govt if the party is denied home ministry
3 hours ago
UML in favor of reinstating Lamichhane as Home Minister, Maoist Center opposed to the idea
9 minutes ago

No decision on home ministry leadership until full text of SC’s verdict on Rabi Lamichhane is out: PM Dahal
22 minutes ago

Pokhara-Baglung Highway to be closed for upgrading
39 minutes ago