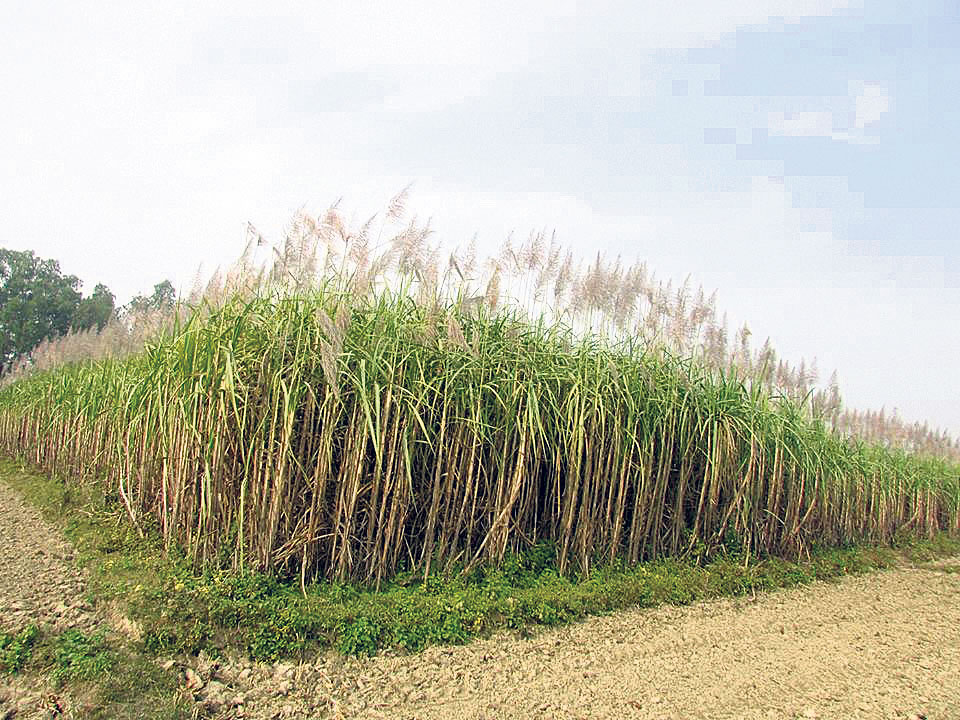 BUTWAL, Feb 14: Until a decade ago, 3.2 million quintals of sugarcane was produced in West Nawalparasi. Three sugar mills in the district used to crush sugarcane for three consecutive months. An average of 288,000 quintals of sugar used to be produced. But the constant controversy the sugar industry has been mired in and the government's indifference toward the issue, have brought down not only the sugarcane farmers but also the sugar industry.

Shunned by sugar factories, farmers have destroyed sugar fields. Farmers harvesting sugarcane have also stopped supplying their produce to the industry which is why three sugar mills are not operating in the district.

The Bagmati Sugar Mill in Susta had started crushing sugarcane in the last week of November. The mill was shut down within a week after not getting enough sugarcane.

Lumbini Sugar Factory in Sunwal of Nawalparasi and Indira Sugar Mill in Pratappur also did not come into operation last year.

These industries are yet to clear the outstanding dues of two years to the farmers. After being harassed by the sugar mills, the farmers sold the sugarcane to the Bheli industry.

Bishwabandhu Yadav, a sugarcane farmer, said that the farmers of Pratappur area were angry as Indira Sugar Mill had been harassing them for years. “They never paid on time, we were threatened when we asked for our own money, we endured a lot, we can't stand it anymore,” he told Republica.

Farmers have started cultivating other crops instead of sugarcane after being cheated by both the government and the sugar industries.

Last year, sugarcane was planted in 7,500 hectares of land which has been reduced to 5,000 hectares this year. Farmers have been attracted to the Bheli industry’s offer after it bought sugarcane at Rs 520 per quintal from them.

As sugarcane production declines, so does sugar production. If this situation continues, the sugar industry is sure to collapse in three to four years, which will push the country toward becoming dependent on import of sugar.