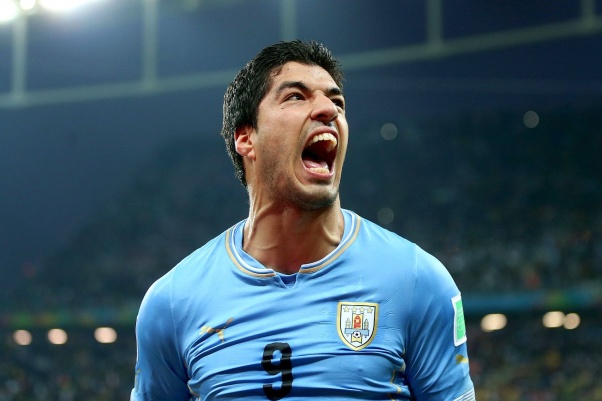 GLENDALE, Ariz, June 5: Mexico might have its best team ever to compete in the Copa America, and its opening game will be against a Uruguay team without its best player.

"He is a footballer that always surprises us with his recovery," Tabarez said, "but he is not ready yet."

Tabarez's comment came about an hour after Mexico coach Juan Carlos Osorio said he wouldn't be surprised if Suarez plays, calling him "one of the top five forwards of the world."

Now Uruguay — a 15-time champion in a competition known as the South American championship for most of its existence — will be a clear underdog against a deep, talented Mexico team that is on a 19-game unbeaten streak and hasn't been scored upon in the last 730 minutes.

Osorio talked of a goal of finishing in the top three in the Copa America competition, and could do better than that. Mexico joins Argentina and possibly Brazil as favorites for the "Centanario" edition of Copa America, commemorating the 100 years since the competition began.

Mexico has made it to the Copa America finals twice but never has won.

"Right now we believe we are a good enough team to make it possible," midfielder Andres Guadardo said.

It could be the toughest match in Group 3 for either team, and Mexico is at home away from home in its U.S. matches. It had big, supportive crowds in friendlies in Atlanta and San Diego and could get a bigger, more boisterous pro-Mexico gathering at University of Phoenix Stadium Sunday night.

"We have a lot of fans here and we feel it," defender Jorge Torres Nilo said. "But when you have the crowd and things like that, it's not the difference in what happens on the field. Basically there's just going to be way more people supporting us and that's it."

Torres Nilo said the players "try not to think about the winning streak much. A streak is a game-by-game thing."

"To win we have to beat a high-caliber team with big-time players," he said. "It's not going to be an easy match."

Osorio has kept opponents guessing with a variety of lineups.

Tabarez said he has a suspicion of what Mexico will do but doesn't know for certain.

Uruguay defender Jose Mariz Giminez said he is fine with his team being the underdog.

"We don't want to be the favorite for a moment," he said. "We'll do the same work we always do. We try to ignore all the other stuff."

Despite speculation to the contrary, Uruguay players had always said they expected to be without Suarez and were preparing with that in
mine.

"We knew we weren't going to have him from the start," midfielder Egidio Arevalo Rios said. "We'll do the best we can without him. When teams know they won't have to face Luis Suarez they might feel OK, but we have others who can step in."

Uruguay defender Jose Mariz Giminez said he is fine with his team being the underdog.

"We don't want to be the favorite for a moment," he said. "We'll do the same work we always do. We try to ignore all the other stuff.