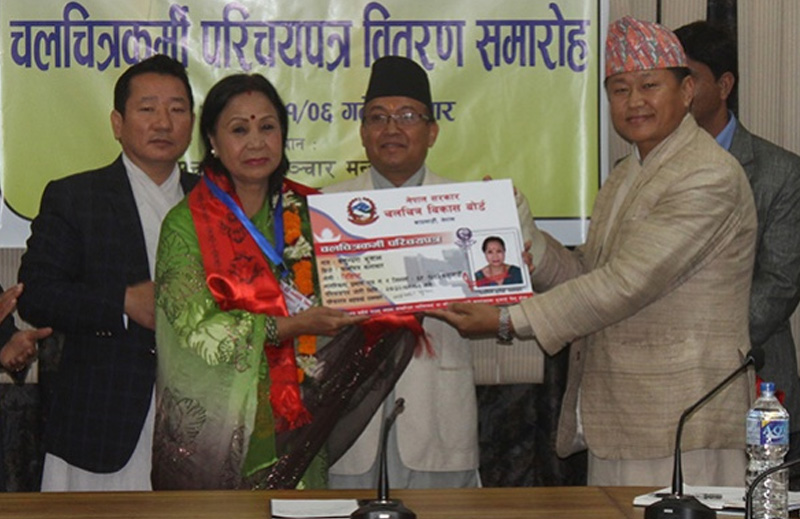 Females migrating to Korea through marriage living like slaves

KATHMANDU, April 26: Highlighting the changed forms of trafficking, the National Human Rights Commission (NHRC) has stated that trafficking in persons has been taking place in recent years in the disguise of marriage and foreign employment.

NHRC on Monday published a national report on trafficking in persons and stated that trafficking of girls to Korea and China for the purpose of marriage is a growing phenomenon in Nepal.

"It is estimated that at least 1,000 female migrants went to South Korea through marriage between 2005 and 2013 and about 300 are happily married while the others are in slavery-like conditions," states the bi-annual report. NHRC claims that at least 83 marriage bureaus are operating in Nepal.

The report has highlighted that records with the Counselor Service Department at the Ministry of Foreign Affairs show a total of 511 persons were rescued from different countries in fiscal year 2013/2014 and 494 persons in 2014/2015.

The constitutional body has raised serious concern over the death of migrant workers and stated that a total of 3,272 migrants reportedly died in different destination countries in the last six years.

The report estimates that a total of 9,500 persons were subjected to attempted trafficking while 8,500 were actually trafficked in fiscal 2014/2015. It has highlighted that a way low number of cases of trafficking in persons are being registered with the Nepal police. The authorities received only 181 cases in 2014/2015.

"Records of the Nepal Police reveal that an overwhelming majority of trafficked survivors, which is around 85 percent, are either without schooling or are just literates. Majority of trafficking survivors comprised of unmarried persons," the report further states.

The report says there are no recent estimates of female workers in the so-called entertainment sector like dance-bars and massage centers, but a considerable number of females working in this sectors is found economically cheated and vulnerable to sexual abuse, exploitation and trafficking.

The report has also revealed that trafficking of humans for the purpose of kidney extraction is a growing problem in Nepal and states that eight villages in Kavre district are mainly affected by it. "A study carried out in 2014 found that 16 out of 36 kidney donors interviewed were Dalits and 27 reported that they granted consent for the extraction of their kidneys. An overwhelming majority of kidney donors were contacted by middlemen," states the report.

The commission also says studies indicate that there is a linkage between trafficking and inter-country adoption but show that the number of inter-county adoptions dropped substantially in the fiscal year 2013/14 and 2014/2015 compared to previous years.

"There were only 3 and 2 inter-country adoptions in fiscal years 2013/14 and 2014/15 respectively while the number was more than 50 in the preceding years. This decline may be related to the terms and conditions for inter-country adoption adopted by the Government of Nepal," states the report.

In light of this, the commission has recommended that the government formulate anti-trafficking policy in the changing context of trafficking and disasters such as earthquake and revise and review the National Plan of Action. NHRC has also asked for effective surveillance at major border points between Nepal and India and between Nepal and Tibet, as well as Kathmandu's international airport.  The commission also urges that NGOs should be encouraged to establish surveillance centers at needed border points to reduce the overlapping of surveillance systems.

The human rights watchdog asks the government to ratify the UN Trafficking Protocol 2000 and UN Convention on Migrant Workers and Their Families 1990, to protect and promote the rights of migrant workers. Likewise, the commission recommends that the government monitor the implementation status of the terms and conditions of inter-county adoption and effectively monitor child care homes to ensure that standards are met.

'Too many old faces may dampen voter zeal'

ILAM, Oct 10: Instead of encouraging newcomers, most of the political parties have once again prioritized old faces in ticket distribution... Read More...

One killed, 22 injured in bus accident
47 minutes ago