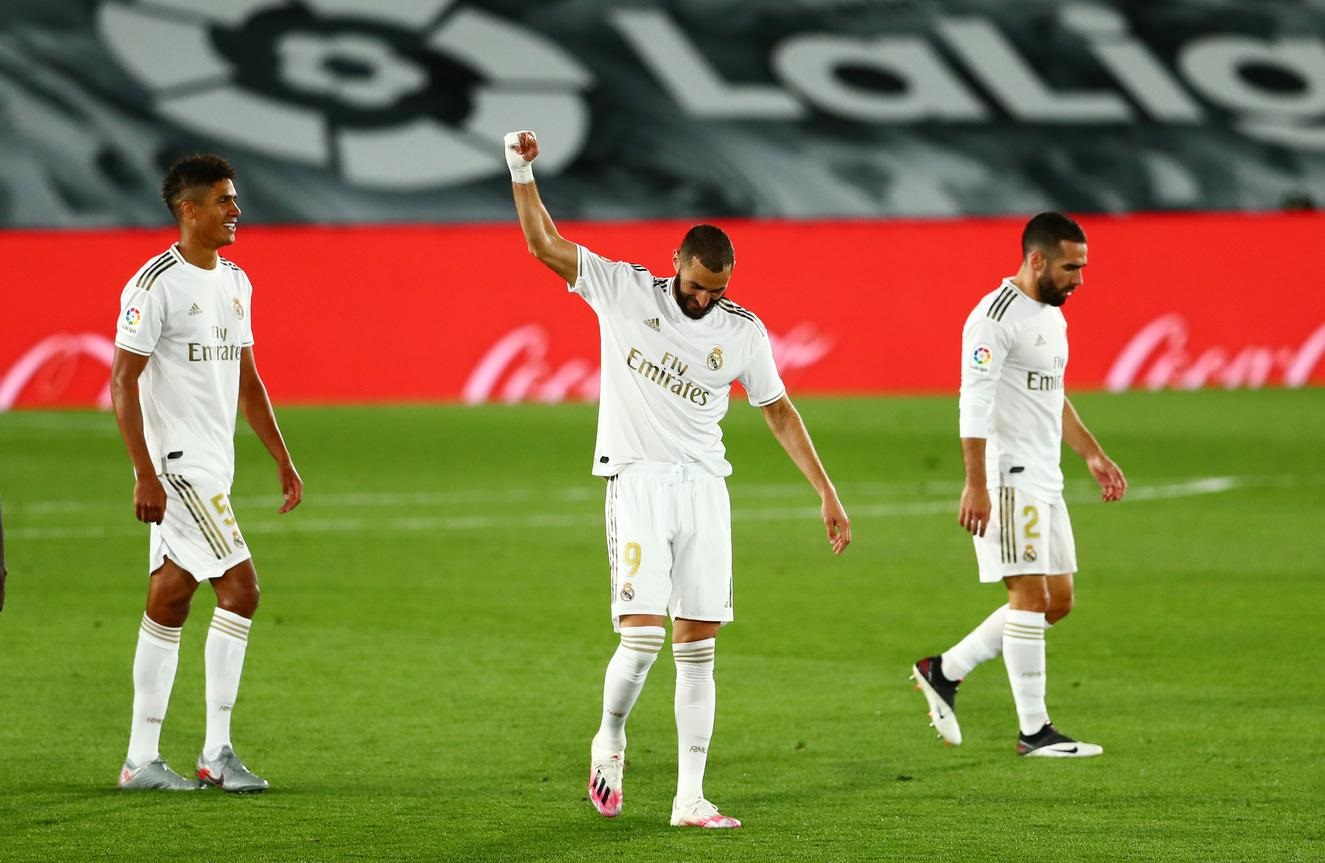 MADRID , June 19: Real Madrid’s Karim Benzema scored one of the goals of the season as they beat Valencia 3-0 at home on Thursday to stay in touch with La Liga leaders Barcelona, but the visitors were left fuming after having a goal ruled out following a VAR review.

The win took second-placed Real to 62 points after 29 games, two behind champions Barca who beat Leganes 2-0 on Tuesday.

Benzema fired into the bottom corner to give Real the lead on the hour mark after inspired play by Eden Hazard, who fashioned a one-two with Luka Modric before sliding to the ground to nudge the ball into the path of the French striker.

Marco Asensio scored with his first touch since injuring his knee 11 months ago to double Real’s lead in the 74th minute.

Benzema rounded off the win with a jaw-dropping volley which he set up by receiving the ball in the air, flicking it from his right foot to his left and sending it flying into the top corner.

Valencia looked to have taken the lead when Rodrigo Moreno netted in the 20th minute but long after the players had celebrated the goal it was chalked off for offside against Maxi Gomez, even though the striker had not touched the ball.

The visitors faded in the second half after causing Real problems in the first and their frustrations deepened after the third goal when teenage midfielder Kang-In Lee was shown a straight red card for hacking at Sergio Ramos.

Rodrigo had struck the post before his disallowed goal while Geoffrey Kondogbia was denied by Real keeper Thibaut Courtois at the end of a frantic first half.

Valencia’s Jasper Cillessen made two smart saves with his legs to thwart Hazard and Dani Carvajal before the break but the second half belonged to Zinedine Zidane’s side.

“We started well but after that Valencia grew into the game and we knew we had to change something and push higher up the pitch, that’s what we did and we won the game,” said Asensio, who had a dream return after expecting to miss the whole season before the campaign was interrupted by the COVID-19 pandemic.

“I feel a lot of emotion and satisfaction but there was a lot of work behind this goal but the most important thing is that we won and I’m here for the rest of the season.”

Bale and Ramos ruled out for Real's clash against Sevilla, Benzema returns