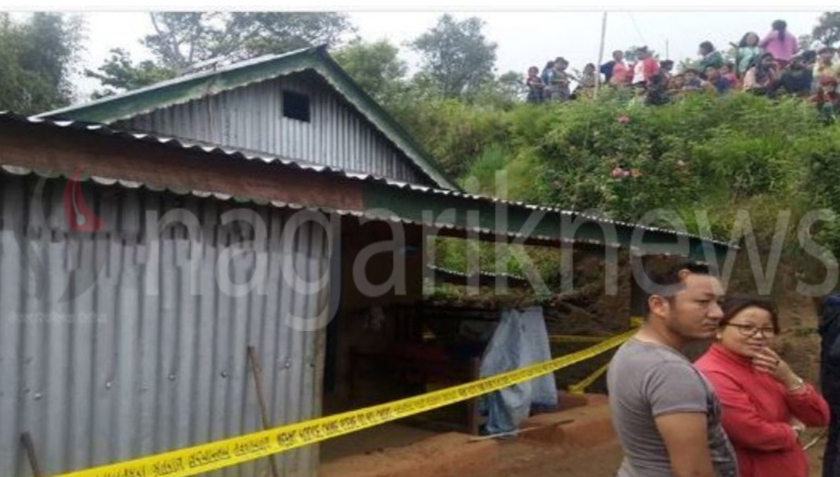 KATHMANDU, May 22: When the team from Area Police Office (APO), Rabi found the butchered bodies of nine people from two families in Miklajung Rural Municipality- 3 on Tuesday, one of their first responses was to put out the information on the police network.

As news of the murders ricocheted through the police organization, there was a flurry of mobilization of teams at various levels. This was seen as lesson learnt from the investigation into the murder of Nirmala Panta, which has gotten nowhere.

The Province Police Office (PPO) mobilized a team led by SSP Sharad Khatri and accompanied by sniffer dogs. This was in addition to the team from the District Police Office. The PPO team reached the site at around 4 pm .

A separate three-member team from the Crime Investigation Bureau (CIB) has also been mobilized . “A team led by SP Uma Chaturbedi has left for the murder site ,” chief of the bureau DIG Niraj Bahadur Shahi told Republica.

Officials from Nepal Police Headquarters said that the rapid-fire police reaction was the result of a changed approach to crime investigation following the pathetic probe into the Nirmala Panta rape and murder .

Meanwhile, Members of the House of Representatives have demanded the government carry out a fair probe into the incident that ended in the death of nine people in Panchthar .

Speaking in zero hour on Tuesday, Member of Parliament (MP) Pushpa Bhusal expressed sadness at the incident and called for proper treatment of the girl who managed to escape .

KATHMANDU, Aug 18: Police have arrested a man suspected of involvement in the murder of former ambassador to France Keshav... Read More...