Students stage demonstration in Kanchanpur against border encroachment by India 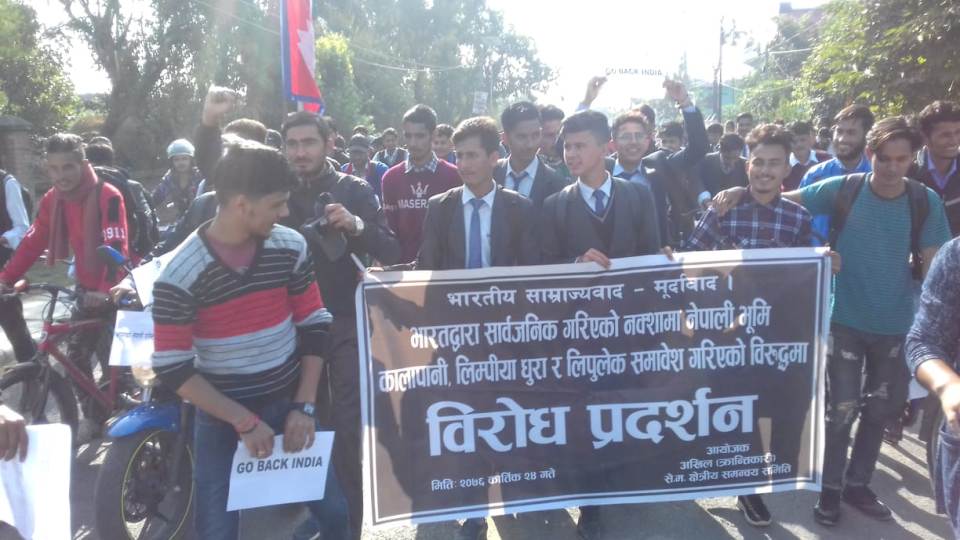 KANCHANPUR, Nov 10: Students affiliated with the student wing of Netra Bikram Chand-led Nepal Communist Party on Sunday staged a demonstration in Mahendranagar on Sunday against the Indian encroachment upon Nepali territory Kalapani.

Hundreds of students belonging to All Nepal National Free Students Union (Revolutionary) took to the street against the latest Indian move.

A rally of the students led by regional coordination committee coordinator Birendra Shah marched various parts of the city and converged into an assembly at local Madan Chowk.