KATHMANDU, May 15: Indian Army Chief General MM Naravane on Friday accused Nepal of raising the Lipu Lekh issue at the behest of someone else.

Without naming any specific country, Naravane claimed that the Lipu Lekh Pass is not a dispute and that Nepal has raised the matter at the behest of someone else.

Lipu Lekh is a Nepali territory which lies in the north western frontier with China. Nepal has strongly opposed India's recent construction of road via Lipu Lekh to Tibetan Autonomous Region of China. 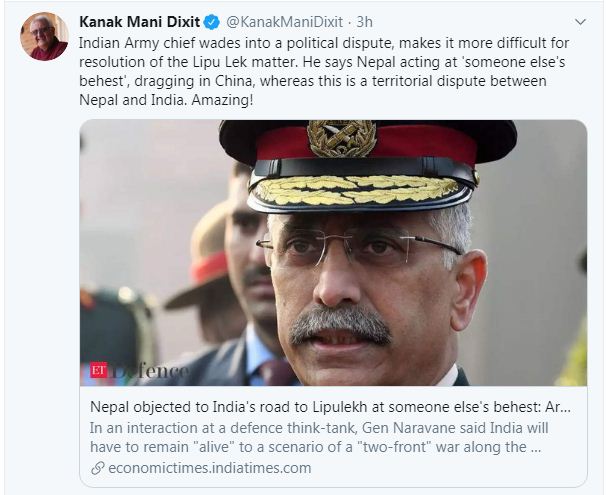 Naravane made the statement at a webinar organized by an Indian think tank. “There is reason to believe that they [Nepal] might have raised this issue at the behest of someone else and that is very much a possibility,” the Indian Express Online quoted the Indian Army Chief as saying. 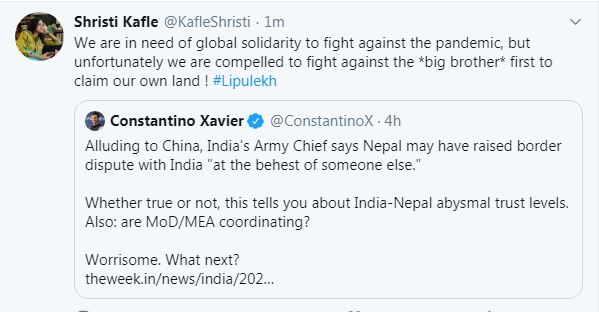 ​Elaborating on the question of the issues raised by Nepal, the Indian Army Chief said, “As far as the road to Lipu Lekh Pass is concerned, I do not see any contradiction in that at all. In fact, the Nepalese ambassador had mentioned that East of Kalinadi belongs to them and there is no dispute in that. The road which we have constructed is on the west side of the river. So I don’t know what exactly they are agitating about. As we go ahead there are little issues as to where the tri-junction should be.  There have never been any problems on this score in the past.” 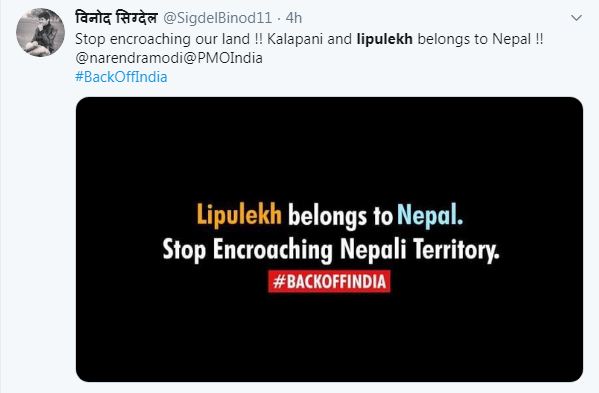 Social media folks in Nepal have vented ire against the controversial statement made by the Indian Army Chief calling it India's hegemonic attitude towards a next door neighbor at the time of a pandemic.

A section of Indian scholars also lambasted the statement made by the Indian Army Chief. Ashok Swain, a scholar of Peace and Conflict Research who is currently teaching at Uppsala University, Sweden, wrote on Twitter "India should start to realize that Nepal is a country and it can have its own opinion! And, Army Chief should stop speaking like a BJP leader." 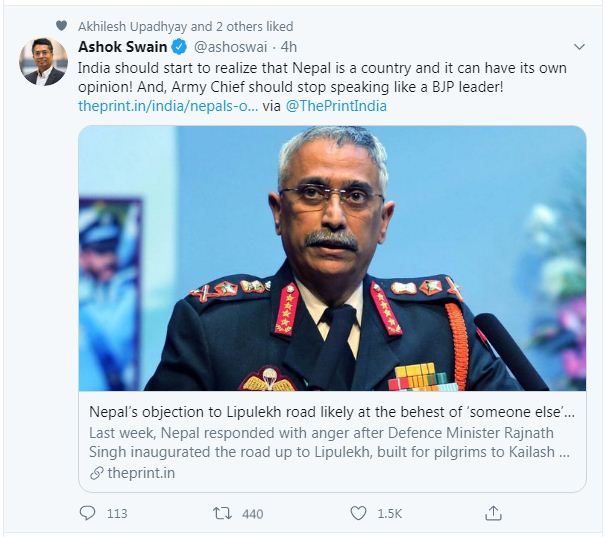 I will solicit votes with the agenda of constitutional monarchy: Rabindra Mishra
14 minutes ago