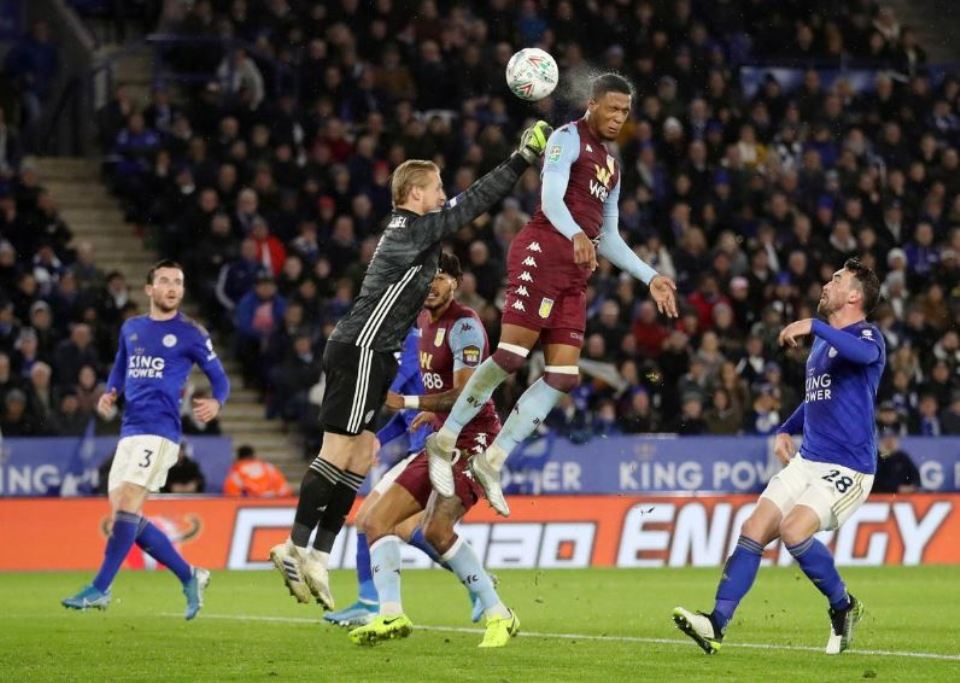 LEICESTER, England, Jan 9: Lowly Aston Villa defied incessant pressure as they held out bravely for a 1-1 draw at Leicester City despite being unable to field a striker in their League Cup semi-final first leg on Wednesday.

Freddy Guilbert put Villa ahead with their first shot of the game after 28 minutes and Leicester, second in the Premier League and hoping to reach their first cup final since 2000, needed a 74th-minute equaliser by Kelechi Iheanacho to force a draw.

The second leg is on Jan. 28 with the winners meeting either Manchester City or Manchester United in the final.

Leicester striker Jamie Vardy returned to the side after missing the previous three matches with a minor calf problem while Jonathan Kodjia’s illness left Villa, 17th in the league, without a recognised forward.

“We haven’t got a choice. That’s where we are,” said Aston Villa manager Dean Smith.

Ayoze Perez had a shot deflected wide and Villa goalkeeper Orjan Nyland denied Vardy with his knees as Leicester seized the initiative but it was the visitors who went ahead.

Villa nearly had another goal before halftime when Ezro Konsa headed onto the bar.

Leicester pressed forward relentlessly after the break but Villa appeared to be holding out comfortably until Hamza Choudhury stole the ball from Douglas Luiz and set up a break which ended with Vardy playing in Iheanacho and the Nigerian scored with a clinical finish.