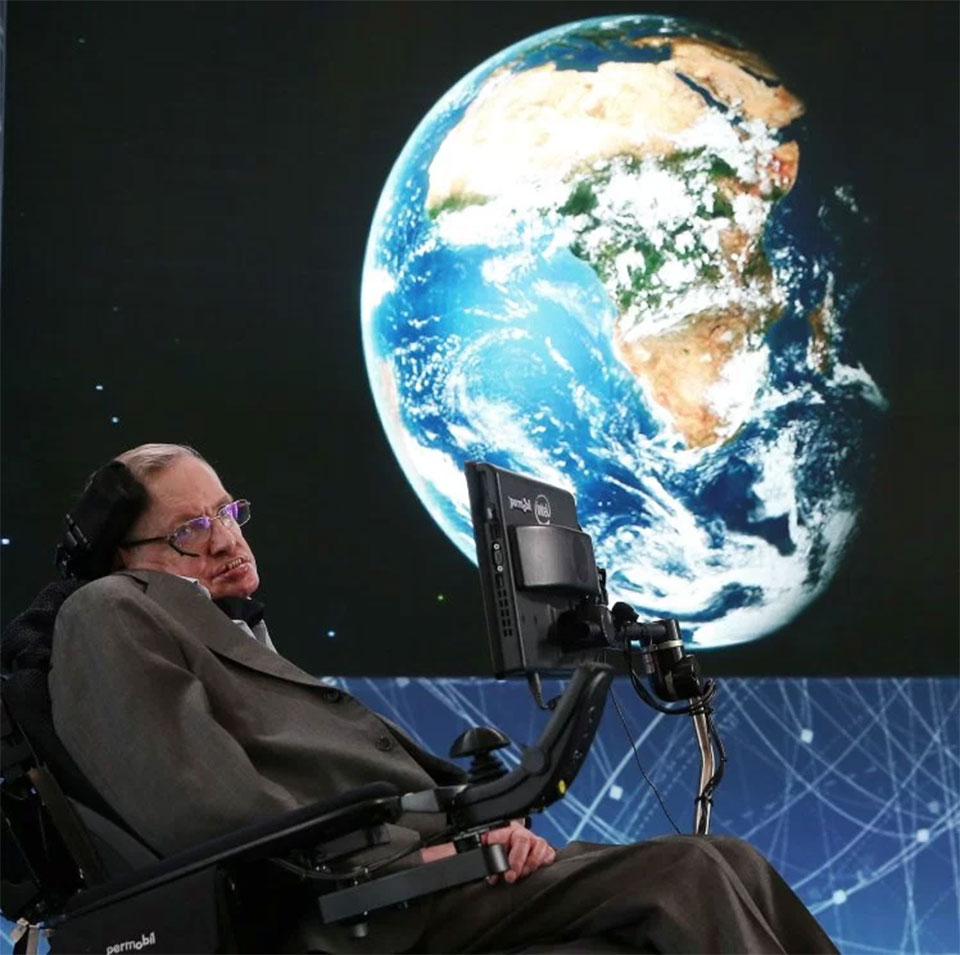 Stephen Hawking submitted a research paper predicting the end of the world and how scientists could detect evidence of another universe, just two weeks before his death. Professor Hawking passed away on Wednesday at the age of 76 at his home in Cambridge.

But it has today been revealed the genius was working right up until his death, submitting his final work two weeks ago. The world renowned physicist ‘would have won a Nobel Prize’ for the research paper he completed from his deathbed, his co-author professor Thomas Hertog has said. According to the Sunday Times, his latest work questions an issue that had bothered the professor for 35 years. In his ‘no boundary theory’, devised with James Hartle in 1983, the pair described how the Earth hurtled into existence during the Big Bang. But the theory also predicted a multiverse meaning the phenomenon was accompanied by a number of other ‘Big Bangs’ creating separate universes.

In his final paper, Hawking and Mr Hertog – professor for theoretical psychics at KU Leuven University in Belgium – explored how these universes could be found using a probe on a spaceship. The paper – named A Smooth Exit from Eternal Inflation – also predicted how our universe would eventually fade into blackness as the stars run out of energy. Hertog told the Sunday Times: ‘He has often been nominated for the Nobel and should have won it. Now he never can.’

The theory has won mixed feedback from peers, some of whom questioned why Hawking found the ideas interesting. But others suggested it was ‘what cosmology needed’.   Carlos Frenk, professor of cosmology at Durham University, agreed that it has previously been impossible to measure other universes. She said: ‘The intriguing idea in Hawking’s paper is that [the multiverse] left its imprint on the background radiation permeating our universe and we could measure it with a detector on a spaceship.’ Frenk argues that finding evidence of other universes could completely change our perception of our place in the cosmos.

Stephen Hawking: ‘His laboratory was the universe'

WASHINGTON, March 16:  Everyone knew of Stephen Hawking’s cosmic brilliance, but few could comprehend it. Not even top-notch astronomers. ... Read More...