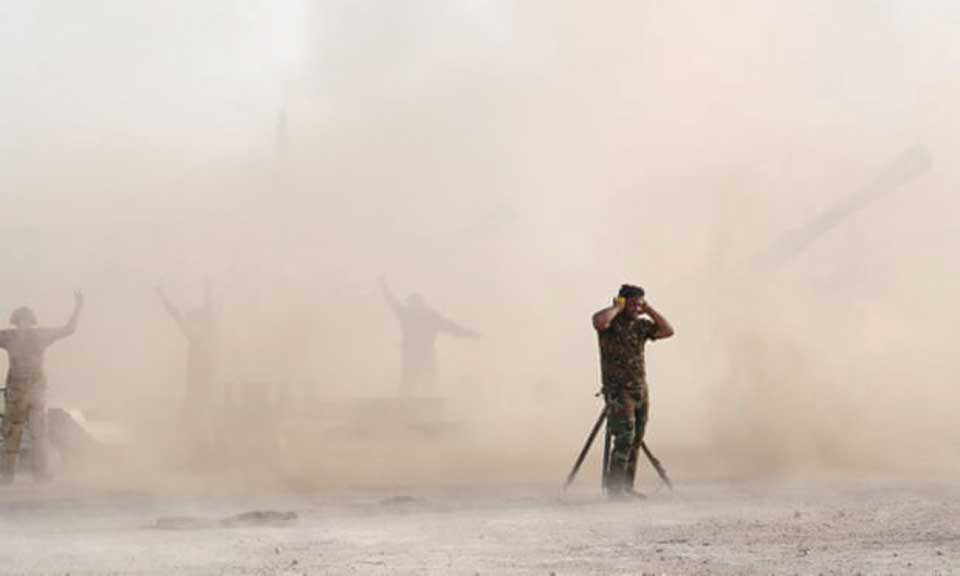 Poverty, unemployment, corruption, political crime and lack of rule of law are root causes of terrorism in South Asia. To eliminate terrorism, we need to address these causes

Terrorism and conflict are emerging threats to the countries around the world and South Asia is no exception. Despite their serious nature and international interest in the effective, fair prosecution of serious international terrorist crimes, very few international criminal courts or tribunals have jurisdiction over terrorism. Terrorism has manifested in two aspects in SAARC region—indigenous uprisings which later evolve into terrorism and terrorism fomented by external intervention. Kashmir and Baluchistan conflicts can be taken as examples. And these threats loom because prospects of counterterrorism cooperation in SAARC are dismal. Possibilities for Indo-Pakistani counterterrorism cooperation in the foreseeable future are negligible. And there are limited prospects for cooperation between China and India, Bangladesh and India, Sri Lanka and India, and Nepal and India as well as China with Nepal, India, Bangladesh and Afghanistan for forging collective counterterrorism measures.

Then there are militant religious groups exploiting local grievances to promote radical and extremist causes. Sri Lanka bombing is a recent case in point.

In South Asia, another factor impeding counter-terrorism activities is nuclear rivalry. Risks of nuclear terrorism have increased significantly in recent years mainly because of growth and spread of nuclear weapons, expansion of civilian nuclear programs and increase in extremist political groups. Lack or inadequate security over nuclear materials and weapons of one country could be exploited by other actors to trigger terrorism in that country.

Poverty and unemployment create fertile ground for conflict and terrorism in South Asia. Almost 38 percent of people here are below poverty line. They face hunger and illiteracy and battle with diseases. These are the people vulnerable to provocation, subversion, criminal activities, drug trafficking, and transportation of small arms and improvised explosive devices.

Acrimonious relations between and among countries also give rise to terrorism and conflict. Kashmir conflict, for example, among other things, is the result of inimical relation between India and Pakistan. In South Asia, India tends to micromanage affairs of every country in its neighborhood.  Nepal has faced this problem, perhaps more than any other country in this region. Such incidents raise anti-India sentiments.  Tibetan refugee problem has become a “trouble triangle” for China, India and Nepal. United States and European Union might look to exploit this problem to their benefit. The US, EU and even India tend to focus more on Tibetan issue while paying little attention to issues of Bhutanese refugees in Nepal and Rohingyas in Bangladesh..

India has always stood in favor of open border with Nepal, though not officially. Many perceive this as Indian design to flood Nepal with its nationals and make it easier for them to acquire Nepali citizenships to turn Nepal into another Fiji.

The root causes of terrorism in South Asia are poverty, unemployment, corruption, political crime and lack of rule of law. Without addressing these issues, we won’t be able to stem the tide of conflict and terrorism.

Should Nepal be alarmed about possible rise of conflict, if not terrorism, here? I think it should be. For one, the ground for terrorism—poverty, unemployment and corruption—exists here. Then there is open border with ineffective security control with India. Moreover, under its Indo-Pacific Strategy America might try to instigate Tibetan refugees here to launch movement against China. Perhaps as part of this strategy, Nepal has allowed US military exercise in northern part of Nepal, where no foreigners were allowed to go during the period of monarchy.

Anti-India elements and ultra nationalist groups might misuse the open border to enter Nepal and launch activities against India from here. Then there are former Maoist combatants—who were labeled as disqualified and who are deeply dissatisfied with the state and their former leaders such as Baburam Bhattarai and Pushpa Kamal Dahal.  They might rise against these leaders or side with the outfit of Netra Bikram Chand Biplav to create conflict.  And this will surely affect Nepal’s geopolitics including Nepal’s relation with China and Nepal’s partnership with BRI. BRI’s adversaries may use these small groups to target projects under construction from Chinese support.

We are not in as peaceful situation as we may sometimes think.  We need to be alert about possible rise of another conflict, even terrorism. For this we need to do at least a few things, without much delay.

We may also form South Asian defense institution as integrated forum for exchanging information on security issues with a view to clearing the misunderstanding and strengthening regional security. These measures could help us stem the tide of terrorism in South Asia.

The author is former Brigadier General of Nepal Army