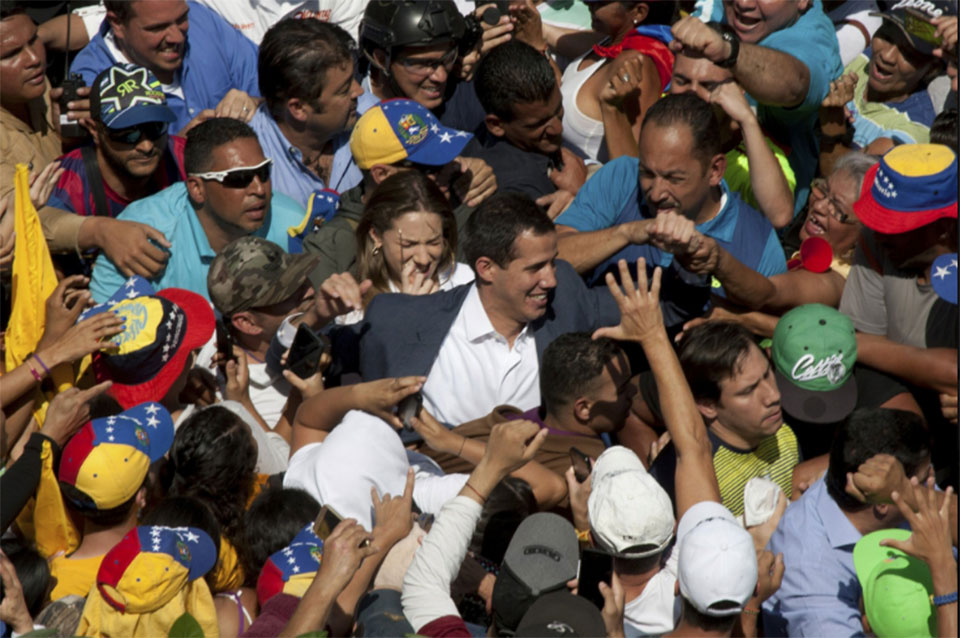 Nepalis started googling Venezuela soon after Pushpa Kamal Dahal ‘Prachanda,’ chairman of Nepal Communist Party (NCP), issued a statement on January 25 sharply criticizing America’s “imperialist intervention” in that country. A little-known country inside our territory has rocked Nepal-America relations. Things escalated pretty quickly: The US Department of State asked Arjun Karki, Nepal’s ambassador to the United States, to clarify Prachanda’s statement, and Nepal government issued another statement, basically reaffirming Prachanda’s take on the issue. And then American ambassador to Nepal Randy Berry skipped a briefing led by Prime Minister KP Sharma Oli. It appears that Prachanda, the communist leader, dragged the party, government and the country into this needless controversy at a time when we badly need America’s support in our development efforts.

Nepal and the United States have cordial and respectful relations for over seven decades now. The United States has invested more than three billion dollars in Nepal. Thousands of Nepalis study in the United States and thousands go to the country under Diversity Lottery (DV) every year. The US has been an important friend in helping Nepal develop its health, education and other infrastructure needs. There is no need for Nepal go out of its way to hug Venezuela’s Nicolás Maduro, a dictator, at the cost of our friendship with the United States. Moreover, the use of communist jargons like “attempt of imperialist coup” to describe the United States is unwarranted for.

At a time when the KP Oli government is preparing to host the Nepal Investment Summit, the United States has made clear that under the regulatory frameworks, none of the big American companies will be coming to invest in Nepal. The US has also expressed concerns over the delays in implementing the projects under the Millennium Challenge Corporation (MCC) grant of 500 million dollars. These are not encouraging signs. The Oli government should actively engage with the United States to facilitate the right environment for American companies to invest in Nepal. Moreover, there is no need for Nepal to side with a Latin American despot. This will not benefit our political parties and the country.

A meeting of NCP’s party secretariat on Monday reiterated party chairman Pushpa Kamal Dahal’s stand on the ongoing Venezuelan crisis. It appears NCP and the hardliner communists have yet to grasp the magnitude of the damage the statements on Venezuela has had on Nepal-America relations. Unless communist leaders want to side with the world’s dictators like Maduro, we have no business in commenting on events unfolding miles away from home.

We urge the government to focus on working closely with our allies, from India to the United States, to spring growth here at home. Poking our nose in unwanted places does not serve national interest. Let us do what it takes to bring in American companies to set their footprint in Nepal. Let us work to engage with the rest of the world in ways that bring prosperity to our people. And let us stay out of issues that do not concern our nation and the people’s wellbeing.

Google search on Venezuela spiked in Nepal after Prachanda’s statement.