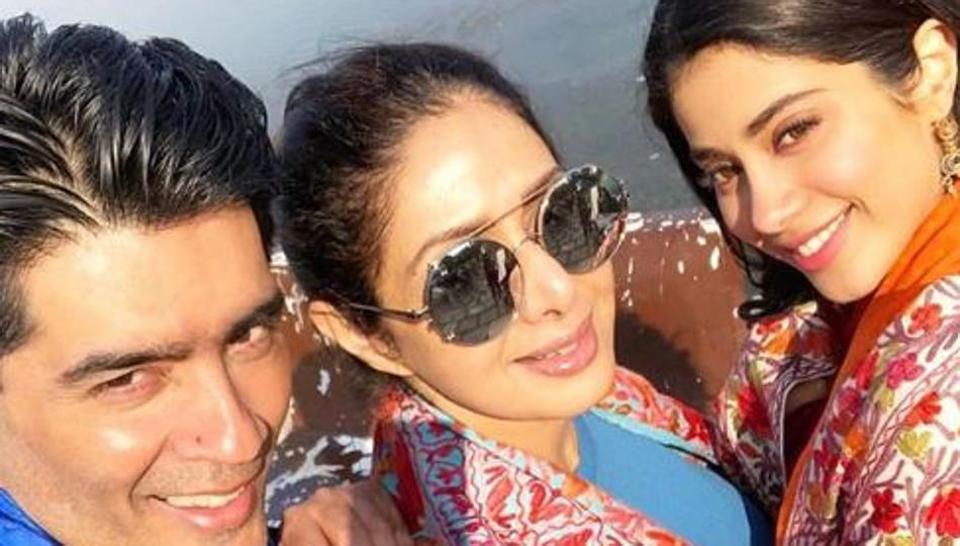 Sridevi’s daughter Jahnvi Kapoor is busy shooting for her debut film Dhadak in Udaipur. It looks like mommy dearest, Sridevi, has decided to join her in Rajasthan. Janhvi shared a picture of them together and the two can be seen smiling. Also, seen in the picture was ace Bollywood fashion designer Manish Malhotra.

Dhadak is a Hindi remake of hit Marathi film Sairat, which tells the love story of an upper caste girl with a lower caste boy. The film, directed by Nagraj Manjule, went on become one the highest grossing Marathi films ever, making an estimated Rs 110 crores in worldwide collections.

Dhadak is being produced by Karan Johar and directed by Shashank Khaitan. Janhvi might be just about ready to maker her debut, but she is a bonafide star already, if her Instagram posts and her presence at various awards functions and fashion shows are anything to go by.

Dhadak’s other star Ishaan Khatter, meanwhile, has already finished a film with veteran Iranian director Majid Majidi called Beyond the Clouds. The film will mark his Bollywood debut. Ishaan also won the best actor prize at International Bosphorus Film Festival in Turkey for his performance in Majidi’s film. Ishaan dedicated the award to his mother Neelima Azim and his director Majidi.