Kareena Kapoor’s photo shoot for Vogue India might be her most glamorous yet. 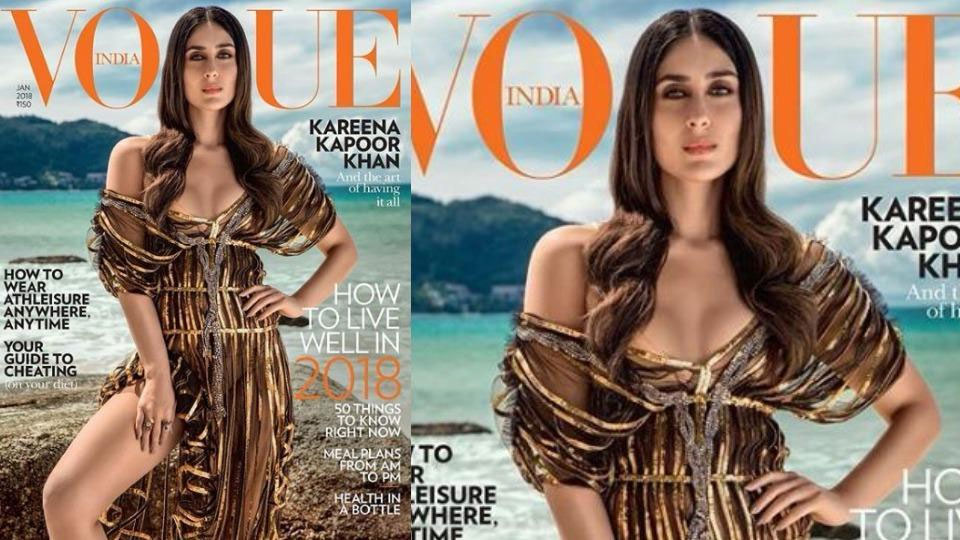 Jan 5: To kick off the new year, Kareena Kapoor covers Vogue India’s January 2018 issue. She reinvents herself for her first magazine spread since son Taimur Ali Khan’s birth in 2016, and, somewhat unsurprisingly, looks absolutely breathtaking. Scroll through to see some of her best shots.

There’s one thing we know for sure: Kareena Kapoor is a pro in front of the camera. The actor (back from her 2016 hiatus) proves it once again with her sexy looks and poses in Vogue India’s January 2018 issue. The magazine shared photographs from the shoot on Instagram on Tuesday.

At 37, the new mother, is quite the fashion It Girl: She’s starred in major campaigns, basically rules the red carpet, and manages to give us outfit inspiration every time she steps out of the house. But in her latest magazine photo shoot, this much-loved actor proves she has what it takes to become an icon.

Shot by photographer Errikos Andreou at Amanpuri, a luxury beach resort in Phuket, Thailand, the Chameli actor wore a gold bikini from Melissa Odabash on the Vogue cover. And she certainly fit the high fashion bill with her lush hair, pouty lips and quirky styling.

It’s been a while since Kareena last appeared on the cover of a magazine. But, her first cover since the birth of her son, Taimur Ali Khan, is all about reinvention. By titling its photo shoot, ‘Kareena Kapoor and the art of having it all’, it’s evident the Vogue team wanted to portray the award-winning actor in a way the world had rarely seen her before.

In a few of the shots, her hair was styled in a wet-look with grungy waves, and her make-up included kohl-ringed eyes and a glossy lip. The badass It Girl showed off her skills in a few other photos by jumping into a pool and scaling a rock at the beach — all the while maintaining her high-fashion look. But all of Kareena’s pictures from the shoot had one thing in common — they were sexy!

In addition to a fashionable photo shoot, Kareena’s interview was equally fascinating, where she talked about her upcoming film, Veere Di Wedding, her love for Indian food, and her weight loss journey. “I’ve never been fat, but I’m a Punjabi girl — I like my food. I ate well when I was pregnant — sometimes too well. I’d put away six parathas, and eat white butter. But I avoided all processed foods and kept myself super active,” a Vogue India report read.

Fans of Kareena Kapoor and Saif Ali Khan have been rejoicing ever since the news of the arrival of the... Read More...