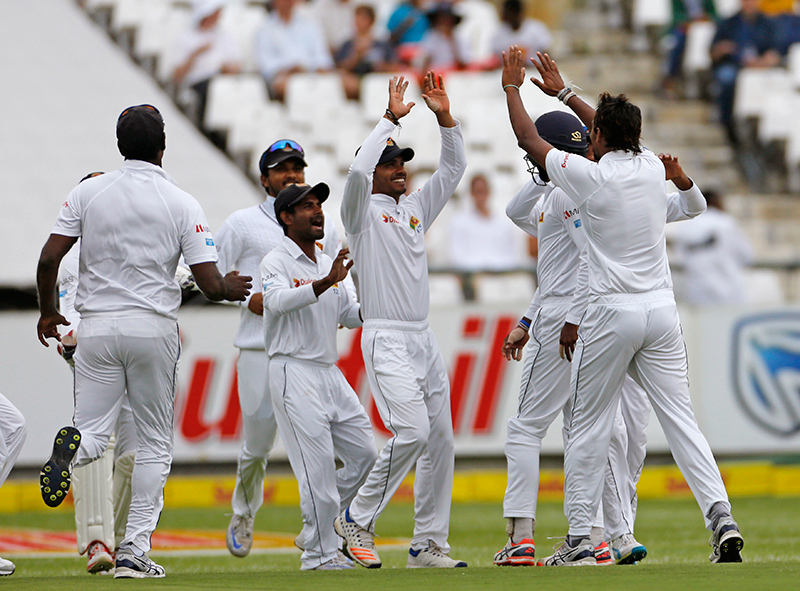 With overcast conditions and a green tinge on the pitch, captain Angelo Mathews gave his seam bowlers the opportunity to put the visitors back in the series following Sri Lanka's 206-run loss in the first test.

South Africa retained an unchanged lineup as it sought to take an unassailable lead in the three-match series.