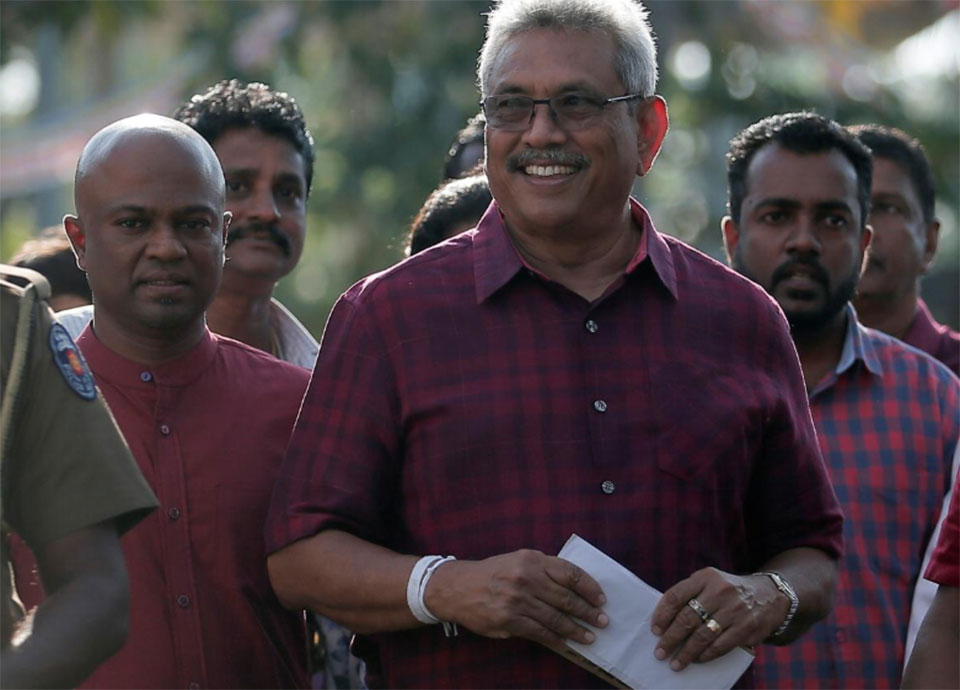 Rajapaksa, who will be sworn into office in an ancient Buddhist temple on Monday, is the latest nationalist leader to sweep to election victory, tapping into the anger and fears of majority communities.

In his first comments after defeating Sajith Premadasa, a housing minister in the current government, Rajapaksa struck a conciliatory note, suggesting he would be leader of all Sri Lankans, regardless of their ethnic and religious identities.

“As we usher in a new journey for Sri Lanka, we must remember that all Sri Lankans are part of this journey. Let us rejoice peacefully, with dignity and discipline in the same manner in which we campaigned,” Rajapaksa said in a tweet.