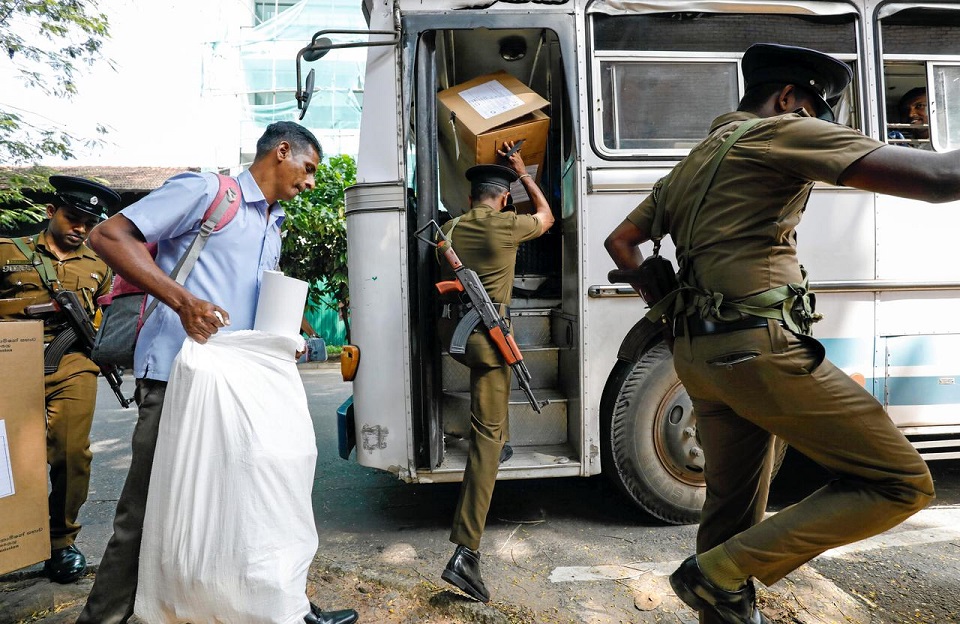 COLOMBO, Nov 15: Sri Lanka will pick a new president in a vote on Saturday that comes months after Easter Sunday attacks by Islamic State that raised fears over the safety of the tiny island, undermined investor confidence and choked its economy.

How is the president elected?

About 16 million citizens are eligible to chose from 35 candidates on the ballot. The candidate who obtains over 50% of the votes will win the presidency. The ballot also allows voters to choose their three top candidates in order of preference, which will determine the winner if no candidate secures over half the first place votes.

Those preferences will be used to tally votes for the top two candidates to decide the winner. Such a process has not happened in previous elections because one candidate has always crossed the 50 percent mark.

Who are the key candidates?

Rajapaksa draws his support from Sinhalese Buddhists, who account for 70% of the country’s 22 million people. Premadasa is seen to have built his base in the countryside and is counting on votes from less affluent Sinhalese, and minority Tamil and Muslim communities.

WHAT ARE THE CAMPAIGN ISSUES

Gotabaya has promised an overhaul of national security to stop any more attacks after the Easter bombings on hotels and churches. Premadasa has offered giveaways such as free housing, school uniforms and sanitary napkins for women.

Who is likely to win?

There are no opinion polls. But political analysts say the race between Gotabaya and Premadasa has become close and that it could go either way. Rajapaksa, backed by members of his powerful family including his brother and ex-president Mahinda Rajapaksa, was seen as the favourite early on, but Premadasa’s campaign has picked up momentum in the last two weeks.

People can cast votes from 7 a.m. on Saturday (2300 GMT Friday) until 5 p.m. and counting will start soon after the end of voting. The results of postal votes will be announced first. With a record 26-inch long ballot paper to accommodate a large number of candidates and possible second counting of preferential votes, the counting is expected to take more time than previous elections. Officials do not expect the final results until early Monday.