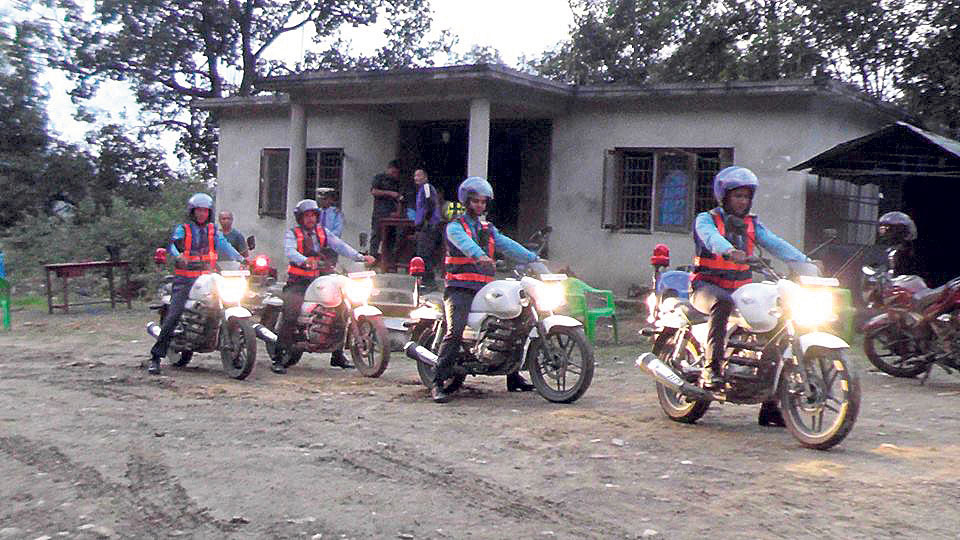 KATHMANDU, Oct 8: In view of the upcoming Dashain festival, Nepal Police has begun mobilizing special units at major highways including Nagdhunga-Naubise road section, which is the major entry point into Kathmandu.

Large number of vehicles entering and leaving the Valley during Dashain is one of the major causes of traffic congestion. Things get worse when vehicles gets stuck at prime entry points like Nagdhunga, Thankot, Pharping, Balaju, and Jagatti. Commuters are forced to suffer long hours in endless traffic jams, making their travel extremely tiresome and exasperating.

KATHMANDU, April 22: Registration of personal vehicles saw a drastic drop in the seventh and eighth of current fiscal year, thanks... Read More...

CHITWAN, July 19: Four vehicles have been badly damaged after a mound of earth above caved in and fell onto... Read More...