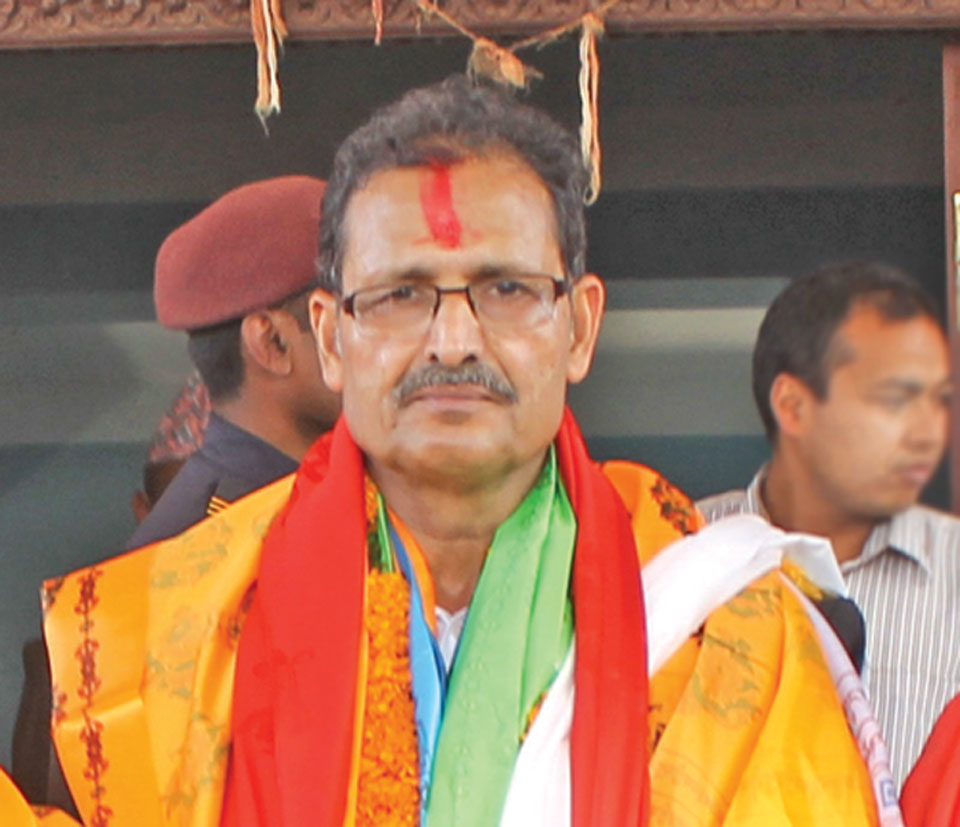 KATHMANDU, Feb 10: Within a month of his election to the post of Speaker of the House of Representatives (HoR), Agni Prasad Sapkota has started ‘blocking’ opposition voice in parliament. On Sunday, Speaker Sapkota barred a leader of the main opposition Nepali Congress (NC) from speaking.

NC lawmakers rose from their seats as soon as Speaker Sapkota announced the commencement of the lower house of parliament. The opposition obstructed the lower house meeting twice last week, protesting against the decision of the Commission for the Investigation of Abuse of Authority (CIAA) to file a corruption case against NC Vice-president Bijay Kumar Gachchhadar while exonerating some leaders of the ruling Nepal Communist Party (NCP) in the same case.

On Sunday, when NC leader Dilendra Prasad Badu took the mic to explain the reason behind the House obstruction by his party, Speaker Sapkota didn’t turn the microphone on, blocking the voice of the opposition in parliament. Earlier, the speaker used to allow the opposition leaders to put forth their  views in parliament. On Sunday, Sapkopta said that the issue raised by the NC cannot be discussed in the House as the issue is already sub judice.

“First, it is an issue related to a decision taken by a constitutional body and second, the case is already sub judice at the Special Court. I request you honorable members to take your seats and allow the house meeting to proceed,” said Sapkota.

Stating that the NC has already recorded its issue in parliament in the past two meetings, Sapkota argued that the party shouldn’t resort to House obstruction stating that the demand is not related to the government.

Following obstruction by the NC, the meeting of the HoR has been adjourned until Tuesday afternoon. Main opposition NC has been obstructing parliament, following the registration of a corruption case by the CIAA against 175 persons including NC Vice-president Gachchhadar accusing them of being involved in the Lalita Niwas land scam. NC has been maintaining that the CIAA’s decision is a politically-motivated one “because the anti-graft body has exonerated some leaders of the ruling Nepal Communist Party who were equally involved in the scam in different capacities.”

KATHMANDU, Jan 28: The Supreme Court on Monday started the initial hearing on a case filed against the appointment of... Read More...

KATHMANDU, Jan 27: Newly-elected Speaker of the House of Representatives, Agni Prasad Sapkota, has said he would proceed ahead the... Read More...