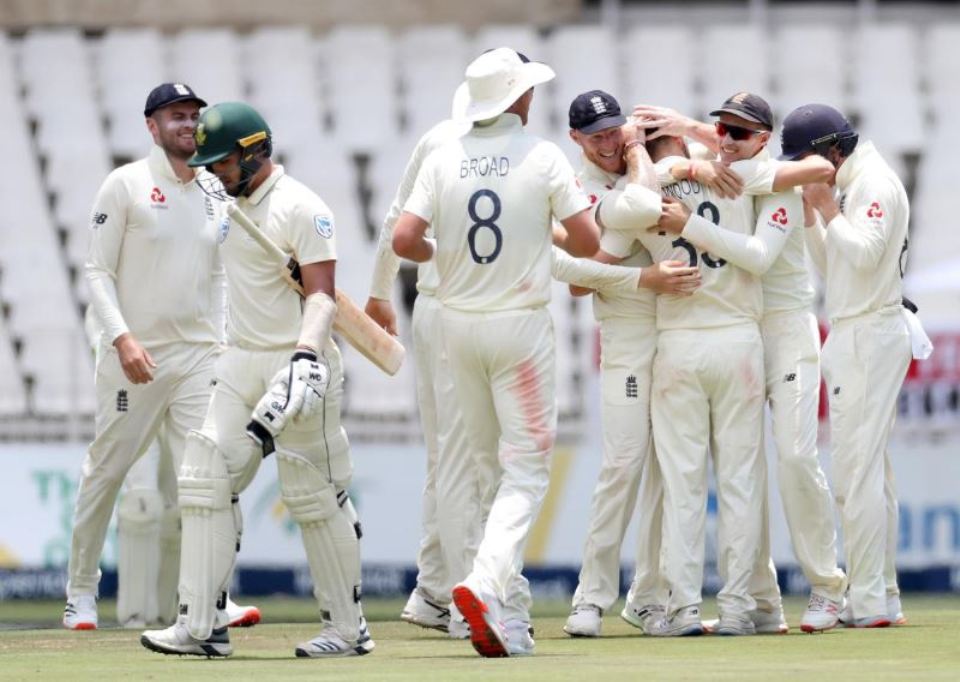 JOHANNESBURG, Jan 26: Quinton de Kock and Dwaine Pretorius provided some resistance on Sunday with a 79-run partnership but then both lost their wickets in quick succession before South Africa were dismissed for 183 in their first innings on the third day of the final test against England.

It left South Africa in deep trouble at The Wanderers, 217 runs behind after England had scored 400 in their first innings to take a firm grip on the contest.

Lunch was delayed to allow Mark Wood to mop up the South Africa tail as he took 5-46 off 14.3 overs.

De Kock brought up his 21st test half century off 72 balls, although the figures belied a watchful approach, and kept up a steady tempo before Wood bowled him for 76.

De Kock survived a review when on 53 after he padded up to a Chris Woakes delivery, but it was going over the stumps.

Pretorius’s fluent strokes took him past his previous test high score to make 37 before he was caught in the gully by a diving Zak Crawley off Ben Stokes.

The pair provided a brief flicker of hope after South Africa, already 2-1 down in the series and 88-6 overnight, had lost Vernon Philander (4) with the fifth ball of the day, with a leading edge to mid-off off the bowling of Woakes.

His loss threatened to continue the collapse of Saturday afternoon when England decimated the home batting line-up on a day of one-sided dominance.

Wood ensured his five-wicket haul by snagging Dane Paterson for the last wicket, leaving England with the option of enforcing the follow-on as they did in Port Elizabeth en route to victory in the third test.