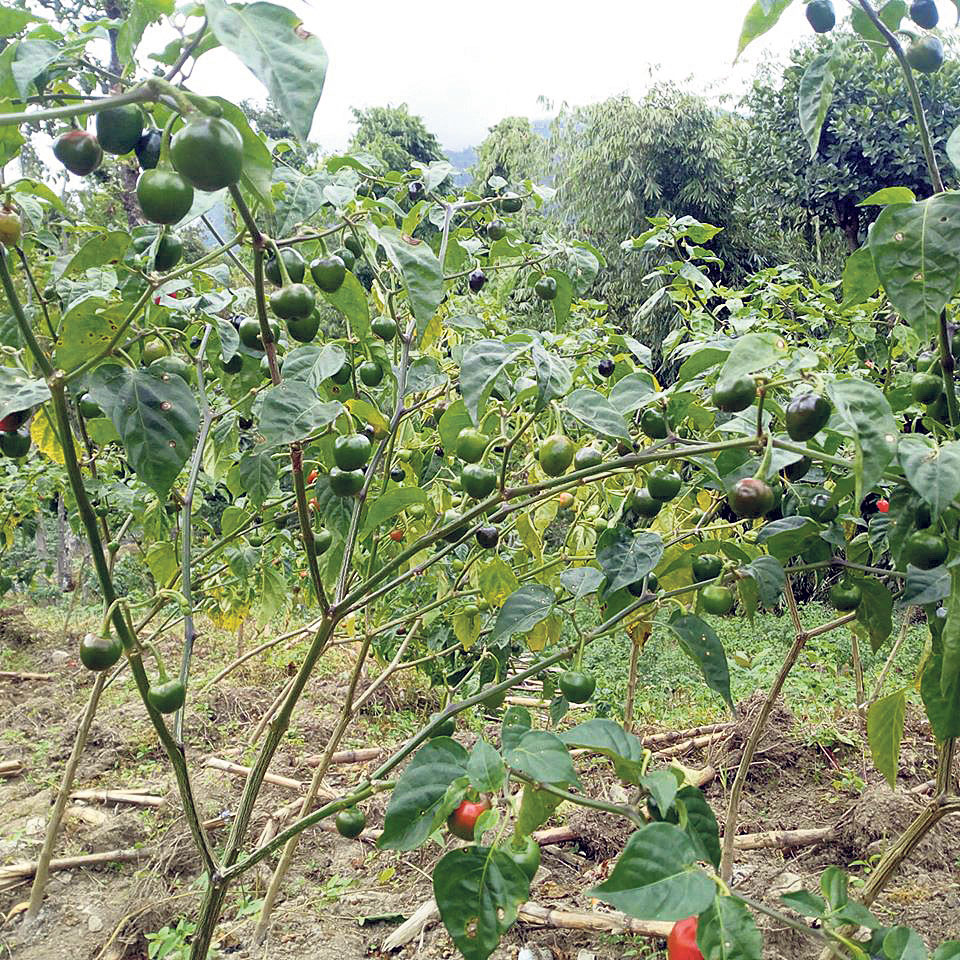 Tilak Rai, chairperson of Akbare Khursani Producers Block Committee, told Republica that farmers of Wards 1, 3, 4 and 5 have transplanted chili seedlings in a total of 220 ropani of land. “They are now selling the produce in the market,” he said, adding that the program had provided basic training and distributed 2.43 million chili seedlings to interested farmers.

The program targets to expand Akbare chili farming to 2,000 ropani by involving farmers of the entire rural municipality. It has set a target of producing 50,000 kg of chili in a year.

According to Rai, over 75% of the total production in the rural municipality is coming from Ward 5. “It is because farmers of the ward are working actively compared to farmers of other wards. They are also earning more compared to others,” he added.

The rural municipality is sending 600-700 kg of Akbare chili to market every week after the program began. Akbare chili fetches Rs 200 per kg in flush season and as high as Rs 1,500 per kg in off-season, according to Rai.

Meanwhile, the committee is planning to open stores in other parts of the country, including Kathmandu, and train farmers to dry chili so that farmers get good price throughout the year.

“We have also felt the need of an agri technician to help farmers in case the cash crop is infested with diseases,” said Rai.

KHOTANG, June 30: The dead bodies of two of the passengers killed in Friday's jeep accident in Solukhumbu are still to... Read More...

13 houses at risk from landslide in Solukhumbu

SALLERI, Oct 5: At least 13 houses are at high risk of a landslide at Sotang rural municipality-2 in Solukhumbu... Read More...