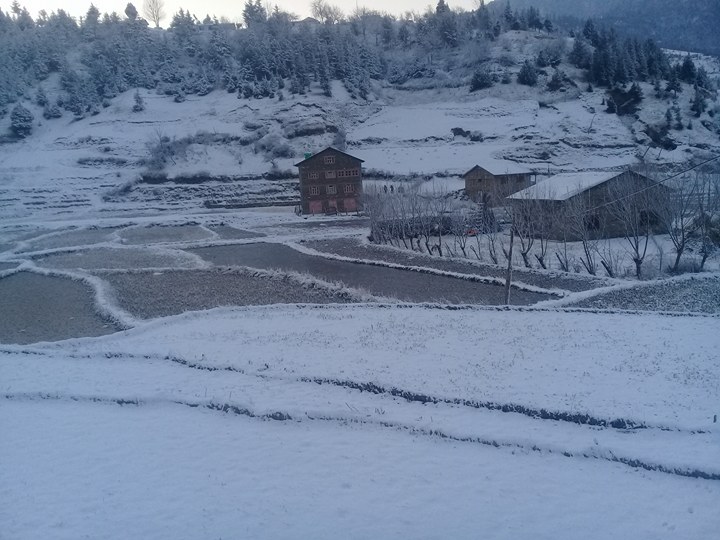 BAITADI, Jan 24: Many hilly districts of Province 7 have received snowfalls affecting life there.

People's movements have been largely restricted with the locals depending on fires to ward off the bitter cold. One-foot snow has blanketed many places in the districts, while government offices are seeing a slim flow of service seekers. Flights from and to some affected districts have been disrupted, and transportation has been affected due to snowfall, said the locals.

Farmers, however, hoped that the snowfall would benefit agriculture and crop cultivation.
"Rain coupled with snowfall has relieved farmers to some extent of their fear that their crop farming would go dry for want of rain," said Gobinda Malla, chairman of the Himali rural municipality in Bajura district.

Assistant technician at the District Agricultural Development Office Min Prasad Jaishi said wheat production was expected to increase this year with rainfall. "A long spell of drought had worried farmers here," he said.

BIRATNAGAR, March 7: A banda called Tuesday by the United Democratic Madhesi Front (UDMF) to protest the killings of protesters in Saptari... Read More...

ICUs in Valley overwhelmed, patients are flying out to other cities
2 hours ago

ICUs in Valley overwhelmed, patients are flying out to other cities
2 hours ago
Dogadakesar Rural Municipality to use all its vehicles to transport COVID-19 patients
3 hours ago

Car bombing at Afghan school in Kabul kills 55, injures over 150
5 hours ago