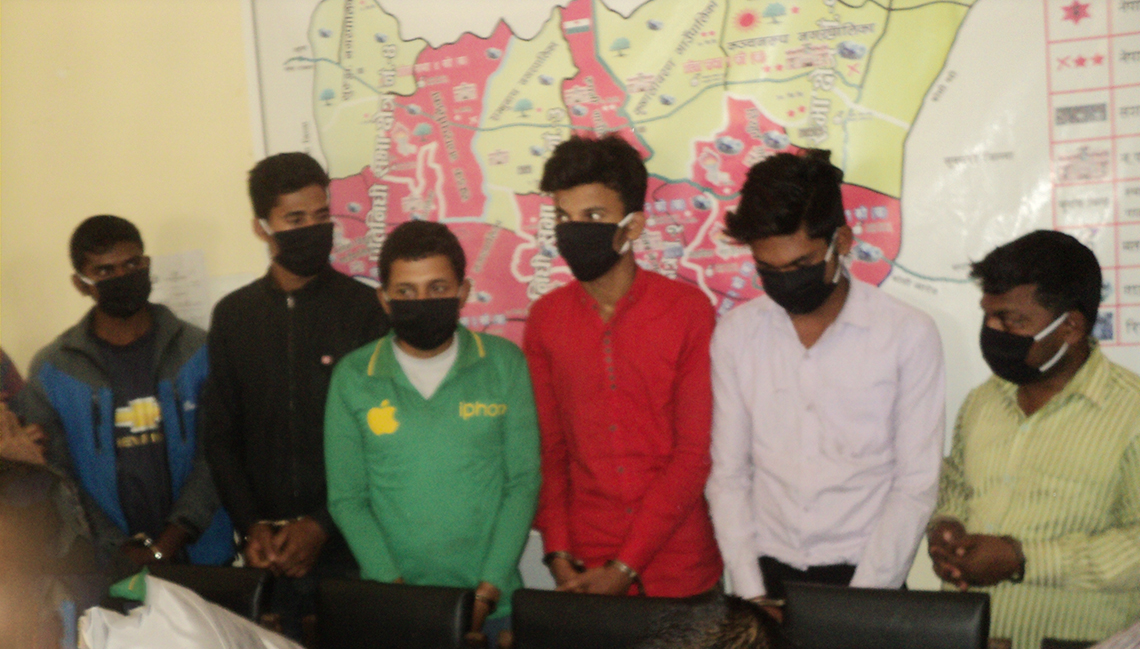 The Central Investigation Bureau (CIB) and Province Police Office of Saptari district organized a joint press conference and made the six public.

Among those accused, two are policemen – Bramhadev Sunarait from Rajbiraj-10 and Dipendra Kumar Mandal from Kanchanrup-6 – who was working at Kalyanpur Area Police Office in Siraha district where question papers of Kalyanpur Janata Secondary School, Baniya and Radu Secondary School, Kalyanpur were kept.

Similarly, the others are Manoj Yadav, who is a teacher, and Bishnu Dev Yadav, Rajesh Yadav and Umesh Yadav.

On March 29, a CIB team led by DSP Niranjan Bhatta started the investigation into the question paper leaks after the National Examinations Board (NEB) asked the CIB to look into the matter. The Ministry of Education, Science, and Technology (MoEST) also formed a probe committee with Prof Amuda Shrestha, an NEB member, as coordinator on March 29 and asked her to submit the report within 15 days.

According to the NEB, as per their standard operating procedure, the question papers are dispatched from the NEB to the District Police Offices, which send the papers to the police posts nearest to the exam centers in coordination with the District Coordination Committee concerned.
A total of 70,518 students are to sit for the SEE exams at 262 exam centers in eight districts of the Province 2.

KATHMANDU, March 23: Police have arrested two people in connection with the murder of a lady. Prakash Lamichhane, the main... Read More...